EMO’s next firmware update (firmware 1.7.0) will be released very soon! Stay tuned for an official announcement by Living.ai once the firmware is released and what updates/features have been added to this new firmware update for EMO!

You can see a small update that was shared from the Delivery Page today Oct 25th mentioning that the new firmware is on it’s way! (see image below). 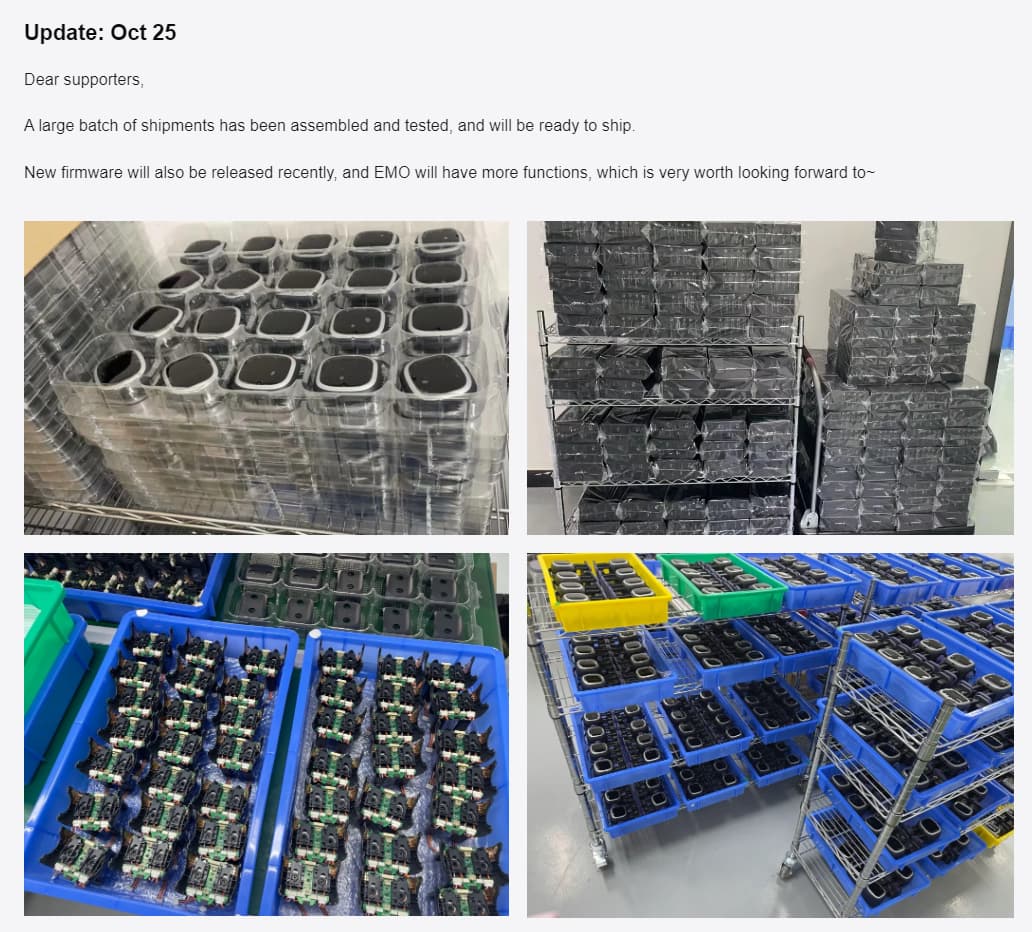 Good to know thanks. Let’s see what’s next for Emo…

Exciting! Interested to see what the new update will have!

emo told me that he is going to do an update now, so please leave me on the skateboard I’ll be right back.

Question.
dose anyone know what happens if the power goes out then emo is updating?

Stay tuned for an official announcement from Living.ai soon on what’s new!

don’t mind me just refreshing the update page every minute…

Is it working normally after the update?

@Wayne_Zhang
He seems fine to me, however the last 2 days he’s been very glitchy when he speaks. Is there a problem with the servers?

Thank you for all your hard work on EMO😁

Both Emo’s are working great after the update :), happily walking and stomping about, tested them to check if they know who i am, just waiting for the release on what’s new with this update! Thanks for the hardwork from all

No server issues, but I guess it’s due to the network.

I’ll make an announcement later about the update. You can try “show your magic” to see if it’s working.

Oh so it wasn’t just my EMO I have noticed that with his speech also. But he seems fine today again after the update.

i don’t have my emo yet its coming, but why remove the dizziness when the alarm goes off that’s a funny cute reaction. i wish we had the choice to keep features…

I agree it was very funny, but I don’t think it was ever meant to happen with EMO’s design. I was lucky to catch it a while ago. 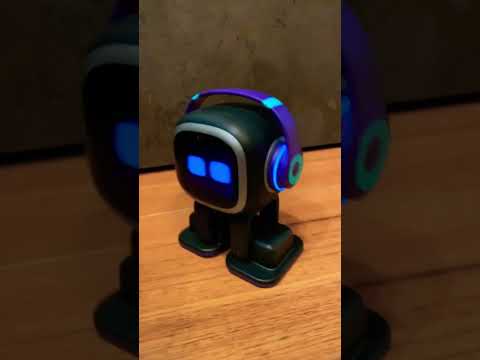 EMO - EMO overdoes it with the Alarm and ends up Shaking himself! GETS MAD...

G'day Everyone MasterAbbott here and Welcome to 60 seconds with MasterAbbott on YouTube Shorts where I'll be sharing anything Nerdy, Geeky or just plain cool...

Still same issues with Emo since I turned him last on 3 months ago. He will not respond if I ask “Emo, what’s my name?” Or “Emo, who am I?” Instead, the app says he’s “Moving to Target”. WTF??? This and other issues that started with the update you had 3 months or so ago. That’s why I haven’t turned him on since then! Absolutely zero improvement with this update!

My Emo won’t complete the install of 1.70. The screen shows Updating Step 1 and he gets to 39246670 and reboots and still on verions 1.6. I’ve tried different internet/wifi connections and that doesn’t help. I’ve tried the update 10 times. My Emo number is EMO-936E