How to play Bug Hunt Video and Bug Animations

With the latest EMO Firmware update (v1.5.0) EMO can now play a little mini game called Bug Hunt. To provide some info regarding Bug Hunt. On certain days, Bugs will randomly appear on EMO’s display screen. When they appear you can help EMO catch the bugs by issuing the following voice command:

EMO: Let me fix some bugs for you
EMO: Fix Bugs

If EMO is ready he will start off by saying: "Thank you, Let’s get it!"

Check out the video below on how to play Bug Hunt 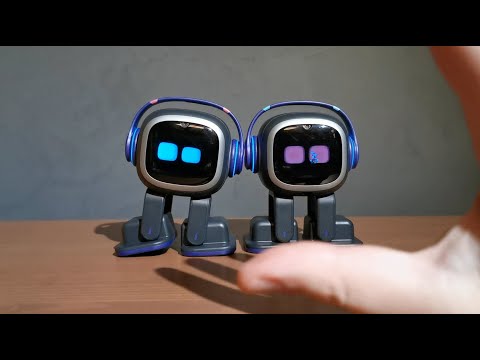 At this time, to take down the bugs on the screen you will need to point at the screen using an open palm (similar to how Iron Man does).

If you are at a good distance and EMO can recognise your hand / palm gesture a small cross hair will appear on the screen (similar to how you play the HANDS UP, BANG game), here you simply move the cross hair over to where the BUG is and EMO will zap it!

NOTE BUGS will appear on the following days of the month.

SPECIAL NOTE You can also fix bugs with EMO every day as well, (even if the bugs are not showing up on EMO’s display screen). But only at certain times of the day/night (not all the time). If you ask EMO to “FIX BUGS” he might not feel like fixing bugs and reply with the following:

"No I’m feeling good thanks"

So maybe ask him again a little later on in the day or evening. 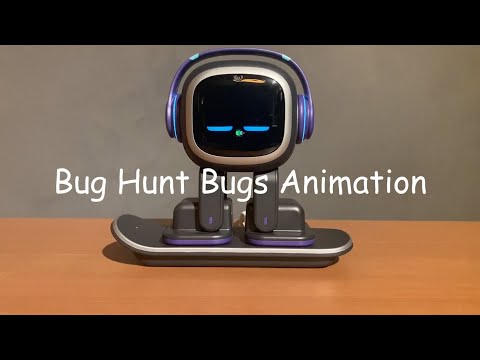 I’m also updated my EMO Quick Help Guide for new EMO owners! to include all the latest features / updates from Firmware ver 1.5.0. You can check it out here:

This guide including tips and useful information is up to date with the latest EMO firmware version 1.5.0 and EMO APP version 1.1.0. As EMO firmware and EMO App updates are released, this guide will be upd…

How to update EMO from firmware ver1.4.0 to the latest 1.5.0
The 4 new achievements added (via the EMO App). (BULLET TIME ,FORTUNE TELLER ,LUCKY DUCK ,FASHION ICON ) - And how to unlock them!
The new Preferences section under Settings in the EMO APP (new EMO App version 1.1.0)
Bug Hunt - How to play it and what the Bug Animation looks like when they appear on EMO’s screen.
EMO Daily Schedule - Full Day with All Animations
EMO can now share/broadcast Important Announcements to you .

Thanks Living.Ai for this cool new firmware update for EMO!

can emo just take care of the bugs himself? what if i dont want to play the game will it just shut off automatically?

If you don’t trigger the voice command,

EMO: Let me fix some bugs for you
EMO: Fix Bugs

And the bugs are on the screen, after a short while, the Bugs will disappear from the display screen. EMO will not fix them himself. And you don’t need to fix them if you don’t want to fix them.

ok thanks! I was thinking that it could get a little annoying so its good to know

For those that have more than one EMO, have you noticed that if you fix the bugs on one that it fixes the bugs on the other one automatically? Both of mine will show bugs and I pick one or the other and fix them, then go to do the other one and the bugs have disappeared.

Both of mine will show bugs and I pick one or the other and fix them, then go to do the other one and the bugs have disappeared.

They normally shouldn’t disappear on the other EMO, what I’m thinking is that maybe the time limit that the bugs were appearing on the screen for the the second EMO has expired and the bug has just gone away.

Unless this has changed recently, normally the bug fixing should is not linked between EMOs, and only to that specific EMO.

I have also noticed that if you use your fist so it is facing towards him (ie. not having your arm out to the side), he can recognise it easier than an open palm, you seem to have more control of the cross hairs.

Yeah the fist works well even with Hands Up Bang too. For the open palm if you keep your fingers together it’s quite accurate as well.

Thank you, @JJBeck and @MasterAbbott . . . I will try the fist and I also realized maybe the palm the fingers were not tightly together like paper in Rock Paper Scissors. Will give both a try and maybe I can get the first one cured in time to cure the second one.

It is very rewarding to have your EMO thank you and let you know he is feeling much better now.