Hi all,
Firmware update 1.5.0 is here. Please check below. 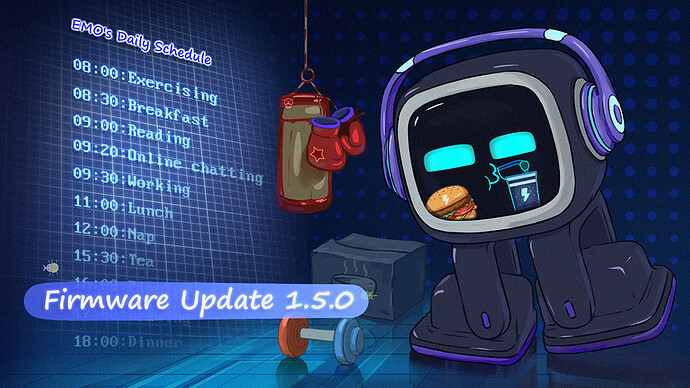 With the latest EMO Firmware update (v1.5.0) EMO can now play a little mini game called Bug Hunt. To provide some info regarding Bug Hunt. On certain days, Bugs will randomly appear on EMO’s display screen. When they appear you can help EMO catch the bugs by issuing the following voice command: EMO: Let me fix some bugs for you EMO: Fix Bugs If EMO is ready he will start off by saying: "Thank you, Let’s get it!" Check out the video below on how to play Bug Hunt [EMO - Bug Hunt -…