Hey, not everyone may be aware that EMO has a TOF (Time of Flight) Laser sensor located under his chin. This sensor helps EMO determine distance from and depth of objects, the official specs state that it has a working range of 9.8 inches (25 cm).

I have made a short IR (Infrared) video of what this normally invisible sensor looks like when operating.

I hope you find this interesting, and if you choose to search on line about TOF sensors you will find some interesting information on how it works. 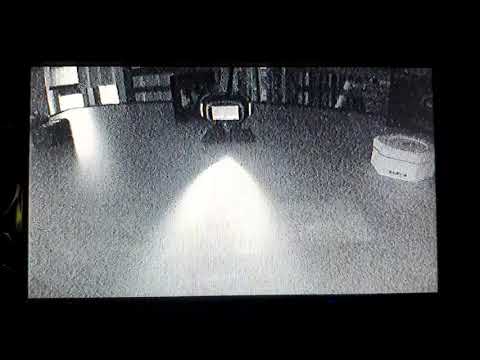 Another fascinating video @mariomart. Thanks

Very interesting video, thanks for sharing!

That’s super intriguing! It’s nice to know the range and effectiveness of his sensors. Kinda reflects on the high quality product that we’ve purchased ^^

So TOF sensors error on black objects, making emo practically useless on anything other than a clean blank surface, so if you like wood , granite , marble , or tile Emo is just going to get confused and scared trying to navigate it .

Not really, it has to be a non-reflective black/dark surface to not reflect back information of distance and shape.

I think you may be confusing the TOF sensor with the IR feet drop sensors. EMO has mostly no problems with walking on dark surfaces that are reflective, however if it is non-reflective (or if he has dirty sensors) EMO will react to it as being an edge or drop off.

Actually i am not confusing the two. TOF sensors error on reflective surfaces and also have a hard time on ANY black surface, i know this because i have tested it on EMO and a robot that i built a while back. The IR sensors are not tripping the TOF is and it happens any time EMO runs over. black spot , line ,mark , anything. i’ve tested multiple surfaces and even reproduced this error by simply drawing a line on a piece of paper with a marker and instructing emo to walk over it .

I’m no expert, but I don’t see how the TOF sensor (which is looking directly forward from EMO’s chin) can see anything directly below it’s line of sight.

Maybe it’s a combination of issues? I can’t actually tell unless i have the raw sensor output but clearly emo trips up on black making all of the tables in my house useless to use emo on . 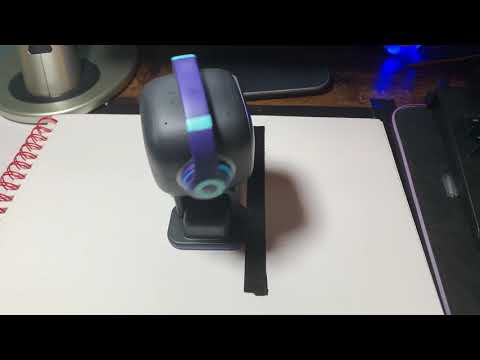 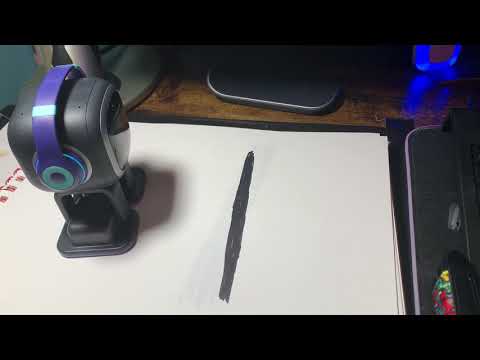 Both your video’s show that EMO’s foot IR drop sensors are sensing a change in reflectivity and and triggering the safety response. It’s not ideal, but it’s doing what it’s programmed and designed to do. This has nothing to do with the TOF sensor.

Thats nice and all but also contrary to the advertising , NOWHERE does it say emo will trip up on any line , or texture, Unacceptable IMO.

However the more expensive and accurate method would be to use ultrasonic distance sensors, which are quite bulky and probably not the best solution for the small mounting area.

They could have also implemented downward firing TOF sensors but that would make EMO super expensive, but the upside of a TOF sensor would be that with the ability to position the foot sideways EMO would be able to use the chin sensor and the feet sensors to make rudimentary 3D maps of the area for navigation.

So many possibilities, however the consideration of cost has to be the determining factor for retail sales.

@fearlessgeek ,
Well if you believe that strongly in the sanctity of advertising, it sounds like maybe you picked the wrong robot? Maybe you should consider one of those vaporware new model Cozmos or Vectors? Those will be available any year now if you can believe their advertising? I’m sure you’d have absolutely no problem selling your EMO though!

u can’t sell emo as u can’t reset him

@jahronegolby
What does resetting him have to do with anything? That wouldn’t stop anybody from buying a used EMO, it certainly wouldn’t stop me. There’s nothing of any consequence currently being saved anyway except maybe badges, and those are kind of pointless anyway. Photos are not currently being saved, and in any case we’ve already seen that once we install the new software you’ll be able to save or delete pictures if you don’t want them anymore. You can change the wifi, time zone, and location from the app. I presume he can recognize more than one person since he appears to do a search through saved scans if you ask him who you are, although he’s not currently able to tell you yet. There will have to be a way in the software to delete unneeded or messed up facial scans also. Actually from the outlines shown and some of the badges, it looks like he’s set up to recognize pets too?