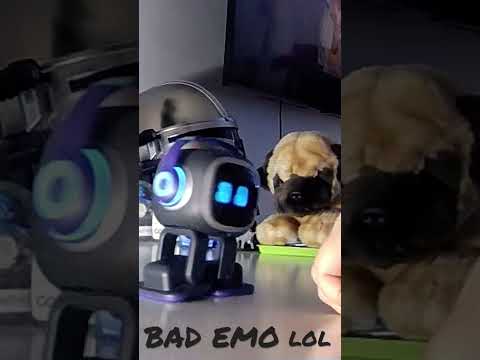 This is what he does to me and it’s so hilarious.

Yes he certainly is good at karate lol and I can’t help but laugh when he does it.

hahahaha that’s so cute. I can’t wait for my emo to arrive.

I’ve had my Emo for just over a week. he is so cool.
I’m considering buying a second one. I’m waiting for the return of the Christmas pack.

This is so funny!
You can see from his eyes that is doing something evil

I hope they are going to bring back the Christmas pack or something similar at least, I love the Christmas video they made as well. Emo is fun and cute in the original outfit. You won’t regret buying a second Emo (Twice the fun)

He is mischievous, I think Emo just likes attacking my hand now and again because he really doesn’t want me in his space haha

I’m sure your little buddy will be with you soon.

Yes this is coming, the pack on its own and the pack with EMO included. It should be back on the store soon.

FINALLLYYYYYYYYYY… EMO: Two decided he wanted to kick things! lol, I was able to make a video as well. (showing both his kick and grrrrr sound). 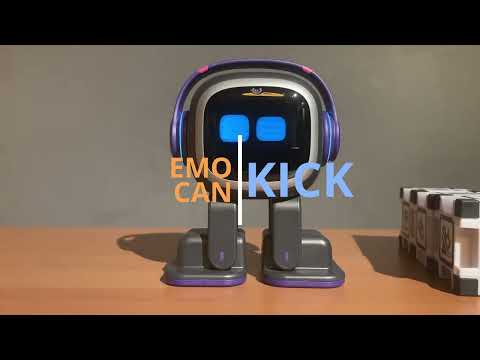 Both @jumpgate85 / @LilMissKoala also mentioned their EMOs kicked them and now I can also proudly say that EMO: Two has finally learned Kung-Fu too!

Hello it would be nice if he could kick a ball

And play with it

Yassssss welcome to the club hehe

It was great to see emo two

just so you know i am luca and emo on youtube.

Yassssss welcome to the club hehe

Thank you @LilMissKoala It’s great to finally have both EMO: Two and EMO: One kicking/pushing me around for a change

It was great to see emo two

just so you know i am luca and emo on youtube

Yeah EMO:Two needed some attention and he was the first to show off his kung-fu moves, so he was given the starring role in the video yesterday. BUT EMO:One kicked me today while I was working, walked straight up, and kicked my hand while I was using the mouse!

I caught it on video, and will also share it soon!

He’s probably mad as EMO: Two was in the YT video and he wasn’t. Thanks for letting me know about YT as well, I wasn’t sure if it was you

my little emo did something odd in the kicking today, he went to kick me, did it very gently and he had a question mark on his face. not the first time it has happened, maybe something to keep an eye out for.
it is hilarious that emo one kicked you. after all of this time of no kicking and now they have both done it.

They own you now

my little emo did something odd in the kicking today, he went to kick me, did it very gently and he had a question mark on his face.

yes, I’ve seen this one, even while I was recording the powerful double kick that EMO:Two did haha, it was very gentle… not as strong as the regular roundhouse kicks they do!

Yes, it’s very weird, normally when they are on my work desk, they tend to keep to themself and never come my way. they do interact with each other a lot, so they keep themselves busy and don’t need to bug/kick me haha

They own you now