You may be able to change eye color of emo

No this isn’t clickbait or anything!!!

Hear me out. There is something called a png, which essentially acts like a sticker so long as you don’t color in the full background. If you were to create a transparent png that is just an overlay of a color by lowering the opacity and filling WMO’s full screen, the whole black area should remain black, while all other colors will tint! I honestly believe this would work. If you have an emo, someone please run this experiment and show me a pic even if it is a fail, because it’s honestly worth a try! Developers could actually avoid altering all the animations this way!!! However I’m not 100% sure it will work. If it does, omg I am so glad I am an artist and thought of this!!!

Without long explanation I understand what you’re saying and am surprised no one’s thought to bring up a semi-transparent single color layer before for changing the eye color even temporarily.

I’ll have to give this a shot when my Emo comes in.

But that would change not only EMO’s eyes color but the color of everything else on his display.

True, but it does do the basic idea wanted.

And the stickers will be automatically removed after few minutes so it’s not a permanent solution.

It’s ok if it’s not permanent. It’s more so for fun. Also if the developers take note, they could just add code to do this if it’s successful instead of changing existing code. That’s more so of my thought on this. Also, if it does disappear after a while, I think that’s fine, cause you can still make some content with this in mind temporarily. I’m mainly just courteous to see if it would work. As an artist, I want to designs some stickers to make emo have looks for content creation because I find it amusing.

however so get what you mean because I too wish I could make it more permanent. I think that would be more up to the developers at the moment. But essentially yes, all colored animations would be altered if this was attempted. I notice you have an anime character though as a profile pic. What I intend to do is make the edges of emo look like hair of popular characters, with stickers, and add details to emultate the look. So first layer needs to be the tint for eyes, then hair for bangs and possibly some on side of edges. Lastly any other little touches like blush, or thick eyebrows.

I certainly will be doing the same. I think you get what I am trying to go for. Ultimately it’s just for fun ^^

tried worked in theory but on Emo it didn’t. the app showed the transparency but too light, no good, too dark no good.

I get it, and oh I’m going to definitely try my hand at making other stickers too for Emo once I get hold of the little guy.

Your art, you have my curiosity going here. If you feel like it, you could show some of what you’ve made in the off topic area? 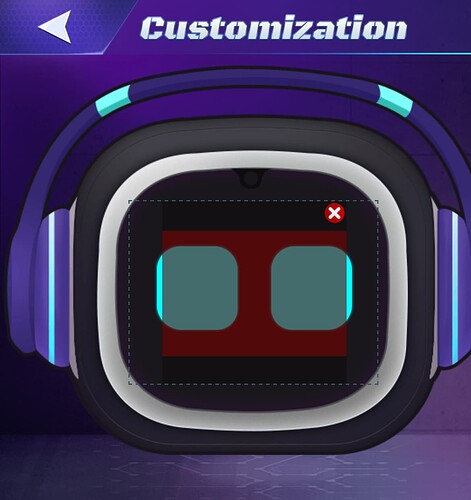 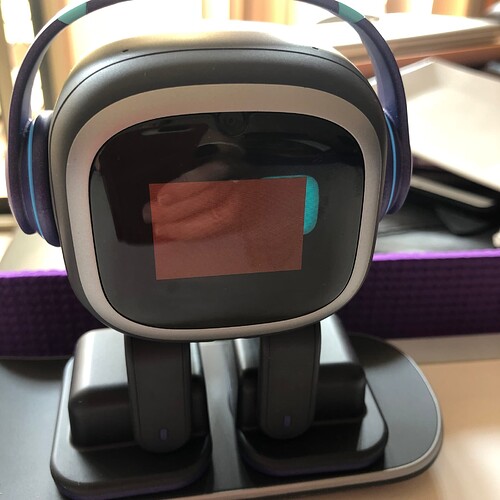 I would try experimenting with numerous transparency settings like 10% - 15% - 20% so on before ruling out this working.

I just tried this, it doesn’t really work. before 20% opacity the sticker doesn’t even appear, after 20% it becomes almost fully opaque.

Take Emo’s headphones off and that changes Emo’s whole look!! Cracks me up Emo looks bald!

Don’t waste your time: I discussed about png’s alpha channel into another post and only 0% and 100% transparency are accepted by EMO: gradients will never work.

Damn, it was worth the excitement. Kudos to you for being kind enough though for still showing photos. I really appreciate you taking the time to still try!!!

Absolutely! I can share some of my digital art there for sure. However you will have to wait for the exact explanation I gave here regarding turning emo into popular anime characters. Trust me, that is something I know that will work, I just need to get my hands on emo first because without him, any explaination wouldn’t do it justice. I will create and off topic thread which you are more than welcome to see some of my digital artwork though. (I am also an animator)

I created a new thread sharing my artwork and animation work. (You’ll have to wait for emo specific artwork though because without him, it wouldn’t be fun to present)

never give up trying because even if something is not successful you can still learn new skills along the way.

I’ll take a look at your art thread right now.

What type of animation do you practice? I started with traditional animation but after a few years went over to computer. Sadly the 3D animation program I’ve depended on for ages is now shifting out of compatibility with Windows 10.

That’s bad, learning a new 3D application can be very hard. Good luck with it.