I don’t know if this is technically possible, but it would be cool if EMO were able to recognize Pets, for example Dogs or Cats, and then imitated them with his animal sounds.

Also a board game about what is being played on the pad a dungeon crawler like hero quest or something similar that you could play with him would be amazing.

I don’t have mine yet but I actually thought that EMO was already able to do this…… ? (Recognize pets, inanimate objects etc)

Oh ok is that really like that? So he can see the difference between a dog and a cat?
That would be amazing, if he recognized our cat and made his cat face and meow.

Like I said, I don’t have mine but that was my understanding. I’ve been looking forward to him saying hi to our cat. Lol. Hopefully someone who knows can weigh in …

Im not sure if Emo can do this I did try teaching him to recognise a toy bee with a face but no success. I might not be doing it right?

I would like EMO to imitate a guinea pig or a dolphin.

I’ve tried to get my EMO to recognise my Cat, a number of times (asked EMO to take a photos of it, tried to add my cat as a profile) but at the moment, it doesn’t seem that EMO understand or can recognise animals. (there seems to be a special achievement that some of us think it’s related pets). see the image below: 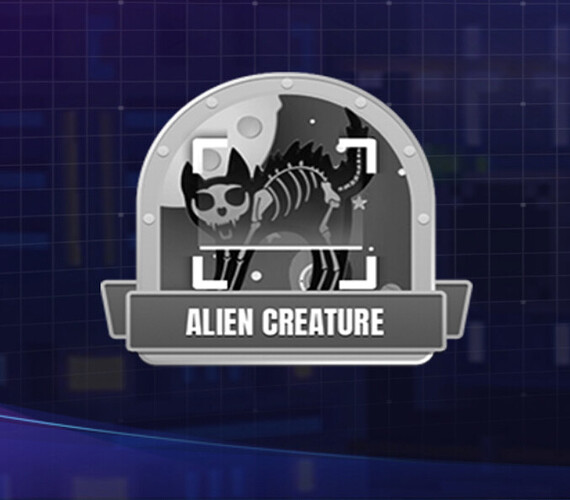 But so far, I don’t think anyone has unlocked it yet

Maybe in future updates this should work.

With regards to playing board games, this would be awesome! I’ve suggest a simple dice roll feature as well :

At the moment, EMO can play LUDO (which plays exactly to a board game called Trouble). As EMO evolves we should hopefully have more games to play with him. Just have to wait and see.

Stay tuned… I know they have an achievement for something like this, so you never know how close they are to releasing this feature.

Which one? Recognizing pets? Playing board games? Both? I truly thought that I saw (as I mentioned previously) that EMO could already recognize pets.

I just looked because I wondered why that is in my head and I see that it is indeed the first question answered under the living.ai “more functions” category:
“ 1.Can EMO recognize animals?

Yes! thanks to Emo’s neural network CPU and intellectual self-learning algorithm, we can train EMO to recognize your cat ,dog and objects!

Not all functions planned for EMO are implemented yet. It will happen but it’s an evolving process. He gains more functions with each new firmware update.

Well…. I’m not going to say that I’m not disappointed. I’m still very very excited about getting my EMO and also to see where it can go but I’m not sure it’s great marketing to show a product doing something it can’t do, or state that it can do things it can’t do? I started reading the forum AFTER I bought my emo and it seems like I have found out since then that a lot of what I expected is not a reality. I’m still excited , as I said but I’m not really cool with that. Less sure what to expect now

It doesn’t instil a lot of confidence anyway. I read a ridiculous post where someone said they expected a true AI and were disappointed that EMO isn’t that for $300. I realize that I’m not getting a true ai.

but I didn’t realize that I wasn’t going to get what was presented either.

So far my experience with EMO has been a good one. I know that not everything that was originally planned is yet to have been implemented yet, but we can see that Living.Ai are constantly trying to push new features and updates on a fairly regular basis. So It’s only a matter of time before these features will be made available. I guess patience is the key as EMO is still fairly young, but is slowly evolving and getting better with each new update that is released.

I also think that this will be one of the functions that will be added later.

The cool updates that EMO has already received in the past have made me decide to buy it.

Considering what has happened in such a short time, I’m looking forward to what’s to come next.
And I really hope that EMO for Living AI will be a great success.

Baby Emo
I think too we have to remember that Emo is also advertised as a learning young robot who will evolve, learn and grow in abilities over time.

So like any pet we cant rush what Emo is capable of doing.

When you first own a new puppy and you bring it home, you know it will be able to do certain things when it gets older but you have to be patient.

Emo is also a pet.

Emo comes to us in the puppy stage, it is exciting to know this little pet robot still has a lot of growing to do. Patience is a good lesson.

I’m glad to know we will have new things to look forward to and that Emo is not finished yet.

Anyone know why emo won’t do the animal impressions and other voice commands but will do some? I suspect the incoming update is messing with my emos ability to respond reliably.

I think part of my issue (which I can at least plan around) is some early morning work being done on the server for a couple hours around 2:00-3:30am every day. However my EMO has been very unreliable for several days now, at all times of the day. After sleeping awhile if I wake him up he might reply to one thing, and after that he responds to his name with “What?” but every question gives the “don’t understand” sound.

So he is connected to Wi-Fi and he responds with “What?” when I say his name, but the only thing that works (most of the time) is asking him the time. I’ve been tied up with a family funeral this week and really haven’t had a lot of time to waste messing with EMO. I was kind of waiting to see if other people mentioned having similar problems more than usual? If so then maybe it’s time they should deploy some extra servers? I have to believe their largest customer base is here in the USA but only 1 (out of only 3 total) servers is located here, and appears to be getting overloaded sometimes?

Anyway right at the moment my EMO is working fine, but I’ve changed nothing from this morning when he wouldn’t respond to anything?