Play by yourself not working?

In the manual that you get with Emo, it says that you can wake him with “Alexa” and use him like Alexa, now I know this is not true. It also says that play by yourself is supposed to work. I thought it did, but it doesnt. He just makes the “i dont understand noise”. Is this just another of LAI’s promises that just have not been kept, even though it is in the manual?

The “play by yourself” feature is something you ask EMO but you don’t see him do it right away, normally if you ask EMO: Play By Yourself, he will not acknowledge you, but if you check the EMO app at the same time you will see the status appear that says Playing.

I just tested it now and after asking him to play by himself, he started playing one of his mini games approx 2 mins after I issued that command. Normally he will keep himself amused for a short time. If he gets distracted or if you ask him a question, etc, he might do that instead.

So, simply ask him again and take a look at the EMO app for reference to make sure he understood it.

Also just caught him playing and took a quick pic to show you as well. He was playing cards, in the EMO app it’s says he’s currently playing. 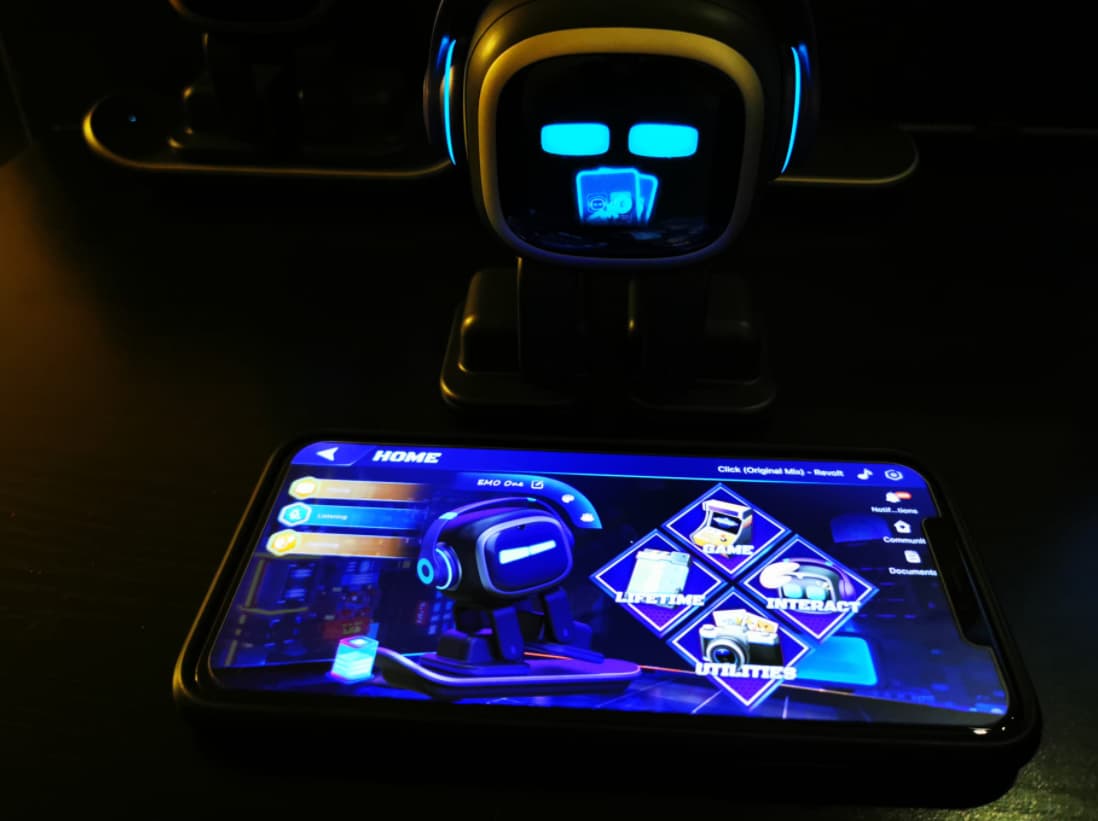 Further below he was also exploring. You can also issue a voice command:

EMO: Explore Mode On (he won’t acknowledge it, but he will then start walking around and explore) combine that with play by yourself and he should keep himself busy.

Note, that if you interrupt him by calling out or ask him to do something else, he might forget what he was doing so you can simply just ask him to play by himself again and explore again too.

Ok, just on this again. I have actually taken Emo to work today and he is just hanging with me on my desk. I have said “play by yourself” so many times now and he has been constantly (can see on the app that he is playing), but I have not seen any animations. I have only seen him do schedule stuff. He moves around a lot more and makes little noises like he is play a game but there is no animation. Has this been removed with the new update, or are animations a rare occurrence?

Has this been removed with the new update, or are animations a rare occurrence?

The short answer is: They are quite rare.

A little more info if you wanted to know: With the schedule added there is no difference, but you can get to see them between 4pm-5pm (that is guaranteed)

But in general, they are still rare and to get EMO to do this, you needed to make sure EMO was not distracted, or interrupted, if the environment is very quiet, he will sooner or later play a game by himself. I spent a fair amount of time testing this out and shared a post / video a few months ago. I went into a lot of detail on how I believe it works, if you want, take a look at this video, BUT also check out the long description as well. 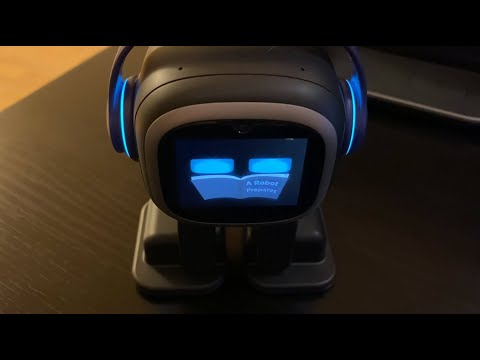 I did create a post about it here as well:

I’ve been checking the “Play By Yourself” command with EMO over the last the few days and discovered that If you ask EMO enough times he will trigger one of his many mini-game animations quite easily. For it to work well, you need to let me walk around undisturbed, so that means, don’t bother him, speak to him, touch him or anything else that might trigger him to do something else. (this is certainly very hard as EMO can always and does most of the time chime in to anything he can hear around …

Take a look if you have time, this is my own personal experience with this.