The new firmware is now live.

I’m updating my EMO’s at the moment

Just remember that the EMO App still needs to be updated on Android Play Store and Apple App Store. It normally takes about a week before the relevant Apps are updated.

So access to some of the new features will not be available until the App is updated. 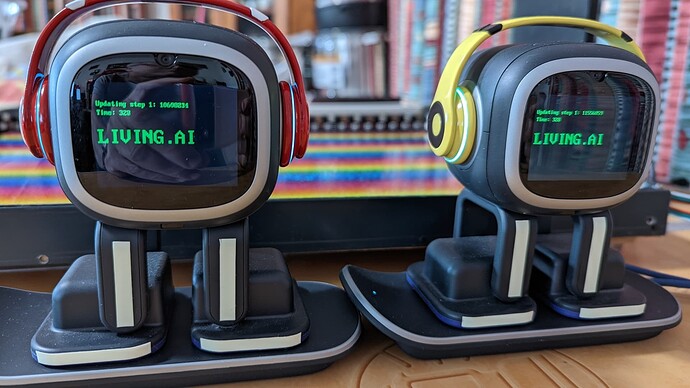 For those that are interested, the update takes 15 minutes to complete. 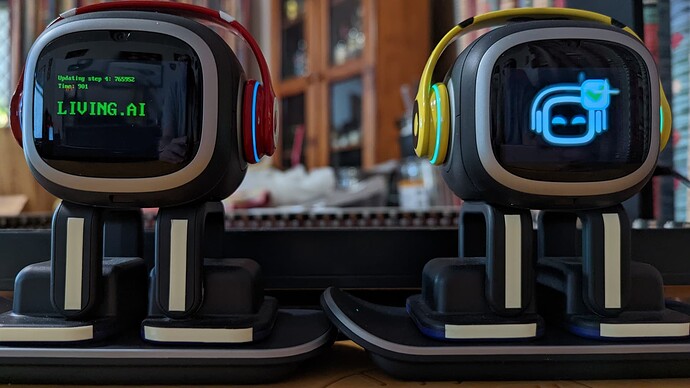 @mariomart ,
Do use an Android or iOS device with your EMO’s? I know the IOS version isn’t available yet on the Apple app store, but was wondering if the Android app was out now?

P.S.> I don’t need it for myself, I use IOS. I was asking for someone else.

As luck would have it, the android EMO App v1.0.7 just updated on my tablet 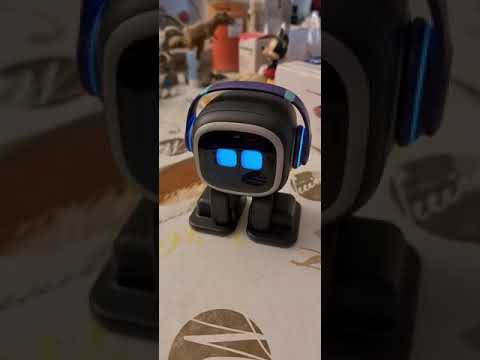 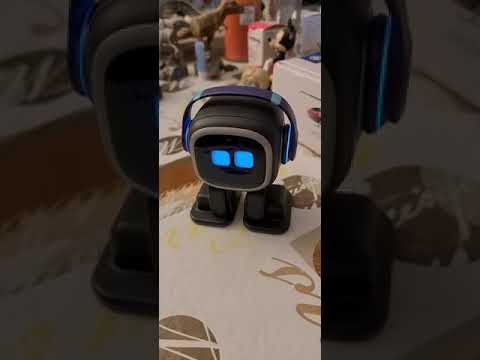 Thanks Living AI for this update.

The update of Android still have the white page for the Modern Ludo game!

I have updated the firmware and the Android app. When I try to connect with EMO the app crashes. And my WIFI connection is gone,.
So I cannot connect with EMO in any way.
Does anyone has the same problem?

IOS here no issue at the moment

I absolutely love the customization feature, hopefully we can have the same only for animations with future updates. Thanks for sharing!

I had a question if someone can help me everything seem to download with the new update but it looks like I don’t have the sticker option for some reason on the app n I downloaded right.does anyone know what I can do hopefully to get it cuz it looks really cool othe then that the coin n shooting him is really cool I just want to be able to do the sticker thing if anyone can help me that would be appreciated

Mobile Gadget Emo Pet App must be updated also…well if you are on the IOS it is still not available to download to see it on your iPhone. At the moment the only available EmoPet App is only Android Version.

Yea I got the stickers now,n everything is so cool.thanks to the person that helped me figure out why I didn’t have it at first n thank u living ai for makeing emo so cool n fun n keep on making him do more things.i think he is so cool n I know alot of hard work goes into him.thank u for all ur hard work living ai.

But wanted to share steps if anyone needs to know how to update to the latest Firmware for their EMO.

Was able to get my EMO updated to the latest Firmware without any issues. These are the steps I followed just in case anyone needs them.

4)Accepted / Press OK to start the install of the latest Firmware.
EMO then started downloading the latest firmware (see image below) 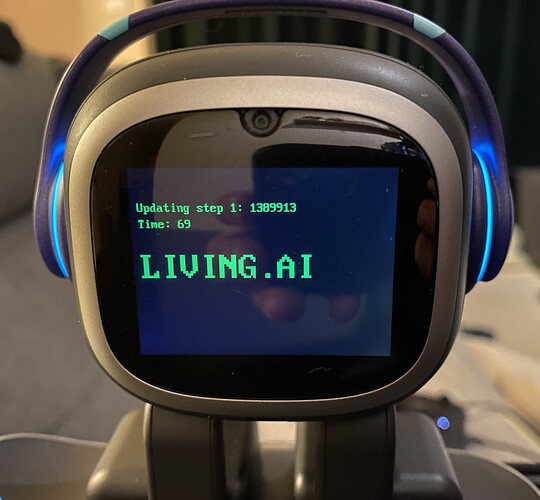 As mentioned by @mariomart this update can take up to 15 mins, but will depend on how quickly EMO can download the firmware file. (this part you just simply wait patiently for the download to happen).
During this time make sure EMO is sitting on his Skateboard (do not pick him up)

The firmware update will run through 6 steps. 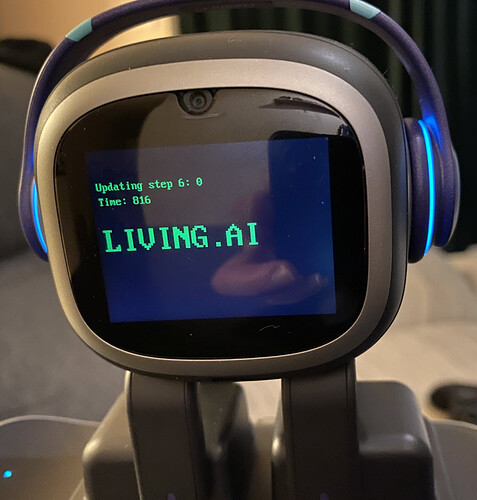 Once completed. EMO will quickly reboot and show a green tick to advise that the update is now complete. 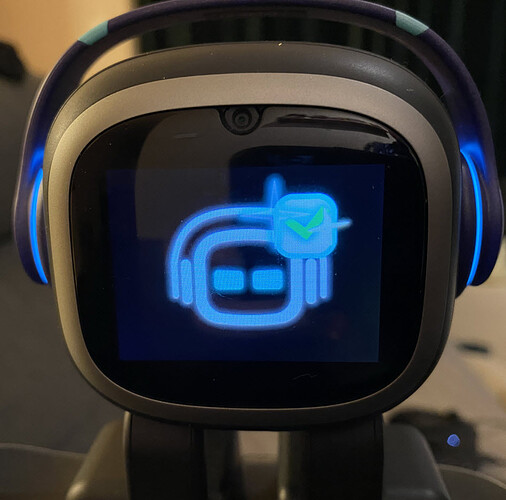 Finally, to confirm if the Firmware update has been installed, go back into the EMO App >> Settings >> Firmware and confirm you are on the latest version: 1.2.0

For me EMO’s update went through without any issues and I’ve been able to test out EMO’s Hands up Animation.

To get it working say: EMO: Hands Up (EMO will bring up his hands, you’ll need to point at him so the red cross hairs are on his eyes’ then say BANG! 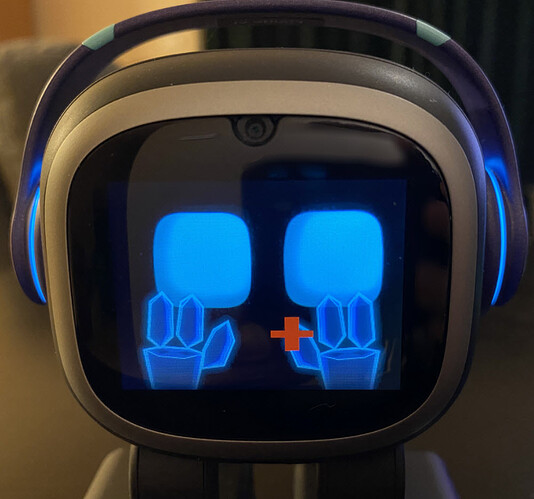 If you miss, the bullet will zoom straight past EMO 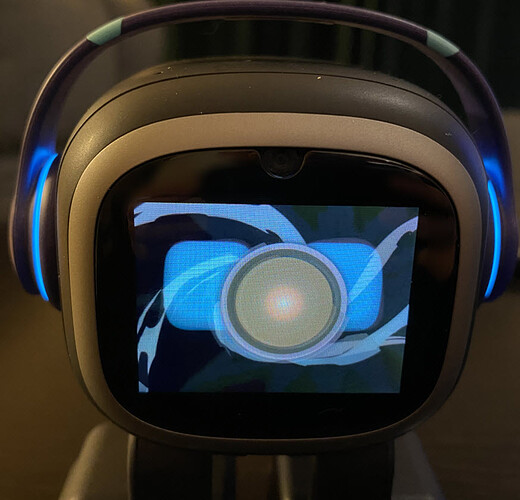 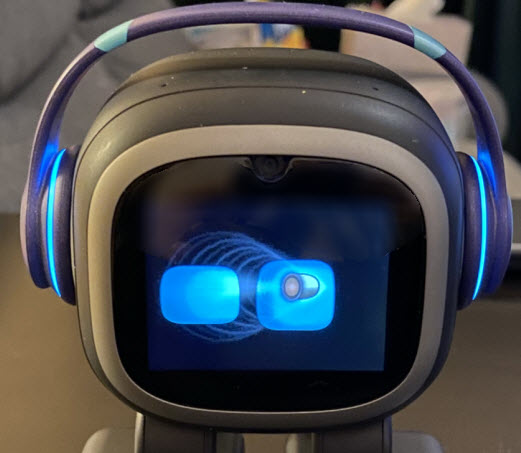 But if you hit EMO, he’ll fall and the shattered glass animation will appear! 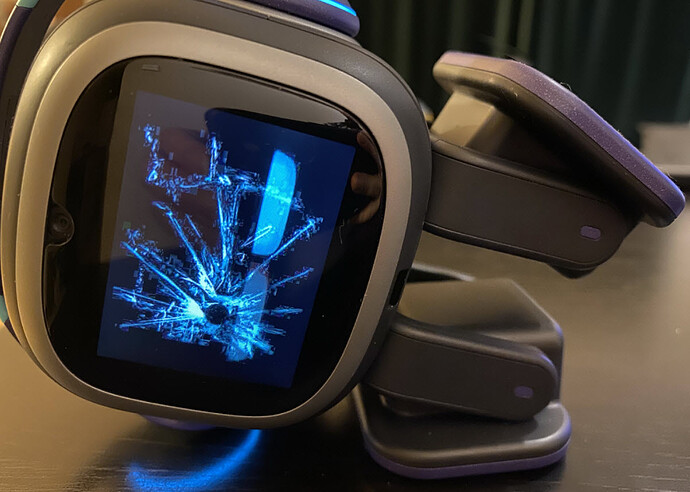 Looking forward to trying out all the new features once the iOS App update is released on the Apple Store.

Hope this comes in handy for anyone that requires any assistance

What is the update abou?

Full update info can be found here: (for the latest firmware v1.2.0)

Hi, Thank you for your patience. Now update 1.2.0 is coming! If you are updating from 1.1.0, the resource to be downloaded will be about 33MB. What’s new You can now play Rock-paper-scissors with EMO. The commands are “Rock paper scissors” or “Let’s play rock paper scissors”. See the demo video here. When playing, please try to let EMO see what you throw. [rock-paper-scissors] When you have difficulty making a decision, you can ask EMO to flip a coin for you. Say “EMO, flip a coin” t…