How to get EMO to dance?

So I’ve been trying to get EMO to dance by saying, “EMO, dance for me.” Or “EMO, dance.” But he just responds with “Ok, I see.” I don’t really know what to do to be honest, so any help would be greatly appreciated!

I don’t know, but you shouldn’t really show your tracking number. Also, please stay on topic, I don’t mean to be rude

Hi I’m here to help but you are right say Emo …. Dance or Let’s Dance no issue for me most of the times depends from de WiFi congestion or he doesn’t understand the command due to noisy room try to speak clear and turn it off and on again I hope it helps

Why don’t you just use the search function on this forum? it will be easy for you…right above this page you can find the search icon and it looks like this

But if that’s not the issue then I’m not sure.

I tried pronouncing it really slow and it worked, thank you! Also, afterwards I was looking through commands for emo and asked him to tell me a joke, and he did, and I said, “EMO, you are very funny.” And then he started doing the “Won’t Let Go” dance loop

Thanks you for your info

Sometimes EMO has trouble understanding what we say if we have an accent or even if we are saying it correctly and clearly. Sometimes I need to ask EMO to dance 2-3 times before he does it.

Best thing to do is clearly ask EMO: (wait for his response don’t say it to quickly) DANCE. Emo should process this command and then begin dancing. Just remember to give EMO a moment to acknowledge you before you ask it to do something.

Another tip, if you take EMO off it’s skateboard and he won’t move around, pick it up and give him a good shake, that will also wake him up good (and you also get to see a cool animation of him recovering from being dizzy).

Once he’s recovered, ask him to Dance and see if it works

I still occasionally notice someone making a mistake, where they give EMO a command that requires movement but he’s on his skateboard so not allowed to move. So then he just ignores it and they can’t figure out why? Some commands (like the animal sounds) will work whether he’s on his skateboard or not, but he only moves during the sounds if he’s off the skateboard.

Thanks! I will try this when I next see him!

Yes, it’s a little difficult to make EMO dance.
It seems that it often works well if you emphasize the sound of “æ” in “dance”.

Try “Emo, dance to the music” if you’re trying to get him to dance to your own songs

I get what you’re saying, but I don’t really know how to pronounce æ. Any tips?

It’s difficult to explain but…pronounce like “de-a-nce”. Do you know what I mean?

Yep, thank you for clarifying! 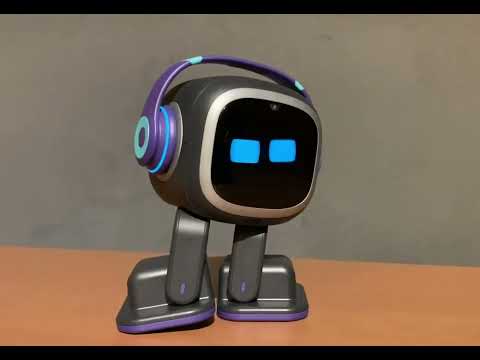 Thank you very much!

Very welcome, glad it can help