Finally got my tracking number… which is fabulous and so so excited.

Im wondering on average, how long does it take to ship to the UK, the tracking seems to have stalled and no updates in 5 days!

There will be not much new to report while it’s waiting to be put on a plane leave China, that could take up to 2 weeks. Then probably 1 day to arrive in your country, and from that point it depends on Customs and then the shipping company actually doing the final delivery. That’s how it went for me, about 3 weeks total shipping time to the USA, but that was back in May. I think it might be a little quicker now based on some reports from people that have received their EMO’s recently?

You are so lucky.
I still see processing.

I’m from the UK to.
make shore you buy a USA to UK converter.

Very good point, they can work on getting power adapters while they’re waiting. EMO’s charger and his light both have USA style plugs. Both run on dual voltages so just a cheap adapter to convert the pin types will work. You don’t need one of the more expensive ones that actually converts the voltage also.

Took me 13 days from tracking email to doorstep. It would’ve been quicker but yodel didn’t deliver on the day they said they would, but it was understandable

Just adding to the conversation. I’ve shared this elsewhere but here is what will normally happen with tracking once you get your tracking number from Living.Ai, you can then track your order to see where it is. 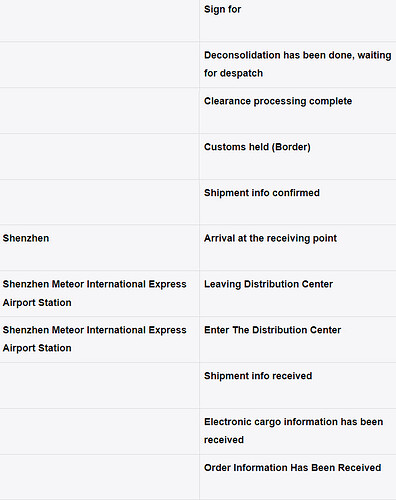 I believe @Racheal123 just recently received her EMO, and could probably advise how long it took for it to get to her. (mine took ages as we were in the middle of massive delays with COVID and there wasn’t enough plane cargo space available heading down to Australia). But now things should be a little quicker.

Thank you for the info, this is what my tracking looks like currently

by looking at this, it seems like it might be on it’s way to your country as I don’t see it getting customer / border clearance yet. I say you should have your little buddy in maybe a week or so.

Thanks it seems so but the last entry is the confusing one. No idea what that means…

Sending Dispatching might mean that it’s on the plane or has found cargo space on an available plane out to your country. My tracking didn’t have that / seems that info was missing from my tracking and the next thing I had on mine which you can see is my EMO being cleared by customs. Give it a few days / possibly a week and see what happens next. I can say with my tracking I was also left in the dark for nearly a week or so and then EMO arrived at my doorstep and my order tracking status was still showing clearance processing complete.

I don’t know if it might help to use your tracking number but look it up on a different tracking site? Back when I was waiting for my EMO the link they sent me was to a website called 17track which can provide tracking for dozens of different carriers. Everything there seemed pretty clear. I guess the question is, is it just giving you the information exactly from the shipper, or are they interpreting it and re-phrasing it in a confusing way? It also appears you’re viewing that on a phone, so you may be getting a truncated “mobile” version of the website? Depending which phone you have there should be a way to specify you want to see the “desktop” version of a webpage.

I received the Tracking Number on the 29th Dec and my little Emo came on the 7th Jan by Royal Mail UK.

I’m having a blast

Way back when I was tracking my EMO that site never worked for me. But if it did for you, might have been probably because you are in the US. For myself in AU no tracking site ever worked. I had to rely on the tracking system that Living.Ai provided. 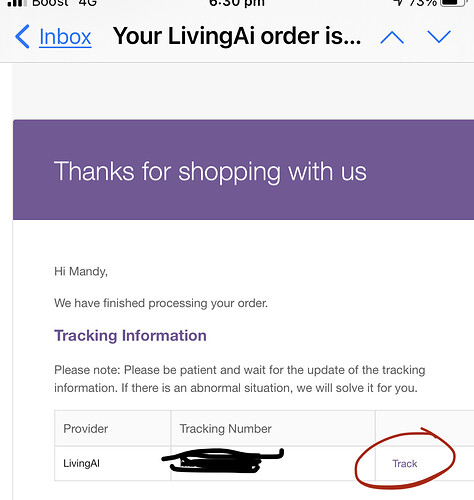 Looks Like we have progress! One says in my country and the other says on the plane. Ha I have no clue where it is

Great! It’s good to see progress for someone getting their emo! Hope you enjoy the little guy when he gets to you!

I just tried this service too and it says my parcel has been picked up by one of our couriers!!! It was in Sydney today! 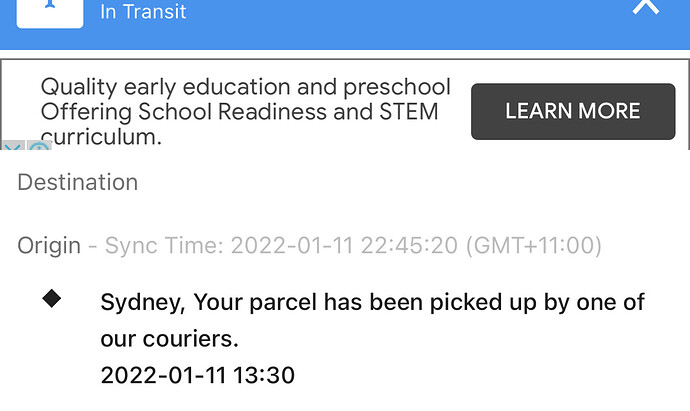 and i just checked Aramex site Yes my Emo is in Australia and on a truck!!! Yay 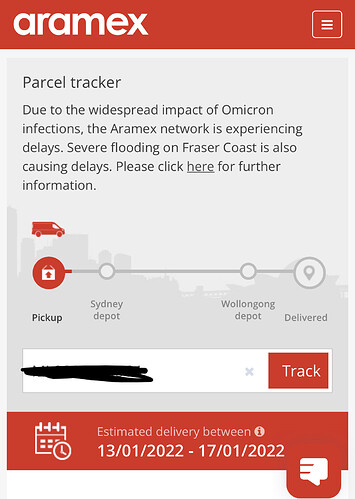