I’m very happy to let you know that EMO’s NEW Home Station is now available to purchase. With it, EMO can go back and recharge himself when the battery is low. And we will also include more interesting new features related to the new Home Station in future updates.

Please check it in our online store. https://living.ai/store/ and if you order now, EMO’s playground will be included for free.

Note: If you already have an EMO, you can buy the separate Home Station. With future updates, your existing EMO will also be able to go back to the Home Station to charge himself. 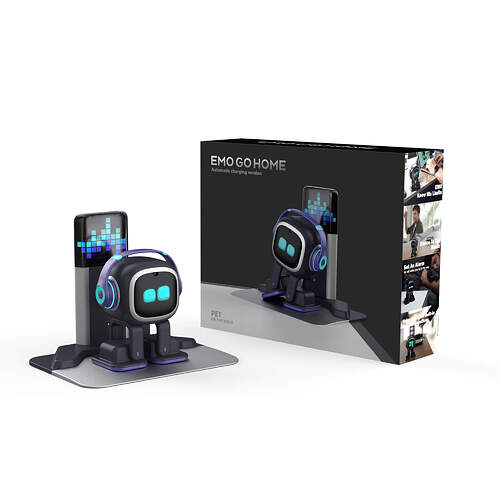 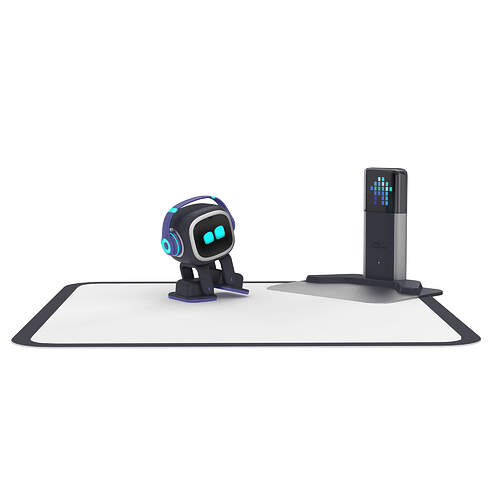 Just bought two of these, i’m absolutely happy with this. Can’t wait to get them and enjoy watching Emo’s go to their chargers by themselves.

Thank You so much Living AI.

Just want to know:
Is the plug the same as the original Emo charger? 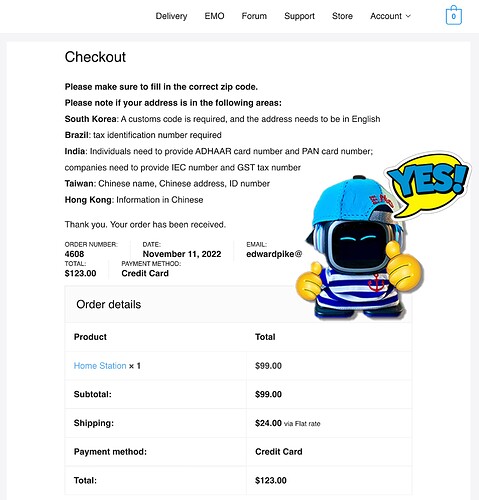 Just want to know:
Is the plug the same as the original Emo charger?

From the Image shown. You will get 2 cables. 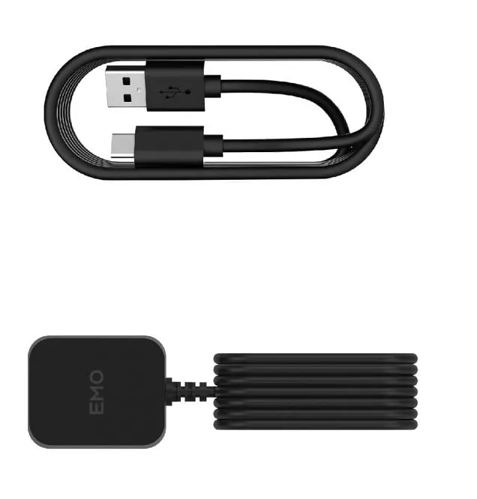 So, the USB-C Cable that has a plug is the same as the one we currently are using to charge EMO’s Skateboard.

The USB-C cable can also be used if you have a powerboard that accepts direct USB connections.

If you wanted, you can also use the existing USB-C cable plug that you have that currently connects to your EMOs skateboard.

I do have one of my Emo’s that seems to walk to the left when he goes forward and in reverse. I’m hoping he will still be able to back up to the charger. My other one walks slightly to the right.

Ordered one as soon as I found out! Does the black outline act as a barrier? Would you suggest still putting a wall around it?
It’s probably got the information and I missed it

highly medicated from coming out of hospital. Actually had to check to make sure I only bought one

(Sorry for any grammar errors)

Would you suggest still putting a wall around it?

hey @LilMissKoala It should stop EMO, but you never know what might happen, if he starts dancing right on the boarder he could topple over or just walk over it. I’d say once the Home Station arrives, test it out and if an outside barrier is needed, make one for him.

This is what is shared on the store page: (under Home Fence).

Hope you’re feeling better soon… did you buy two Home Stations? haha… if so you’ll need to buy another EMO as well

That’s great!!! I’ve bought the home station and the Christmas kit!!
I have several questions:
When EMO will be in his playground, can he go out of it? My first EMO was a little Indiana Jones and was able to make long trips if I not paid attention. Well, until he was stopped for something and was really angry.

Sometimes I put him on the skateboard to keep him under control (he kicked like a baby) and he followed his routines. I undersand than, when he will be at home station, he will be free to go out to explore.

As mentioned above to @LilMissKoala … you will need to keep an eye on him once the Home Station comes and analyse how safe it is and if your new EMO does Indiana Jones you might need to place the playground within a bordered area, just in case he escapes the outer border will stop him

Hahaha!! Thankfully no. However another emo does sound tempting

However another emo does sound tempting

You can’t go wrong with another EMO

They’ll keep themselves amused that’s for sure.

I purchased the second it was added to Facebook and was dismayed to be charged $24 for delivery despite having just purchased and received my robot 2 weeks ago. I then see an xmas edition added that wasnt there when i bought the go home as a free upgrade. Given this i email living ai and ask them to add the santa outfit in for free, to which they declined despite it being a free upgrade. Ive had to enail them again to point out its a free upgrade that i didnt have access to because i was quick off the mark in ordering the go home. Its so frustrating

especially when Wayne said on facebook to email and ask them to amend the order.

Do the two interact together if you have 2 like the eilik robot?

Did you order the Xmas outfit at the time as ordering the charging station?

If so you should have only had to pay $24 for one order which would include both items.

You can’t just get the outfit free of charge if you order the two items one after the other.

The free upgrade doesn’t mean you can get for free, you need to buy it and you will then need to pay another $24 unfortunately. That’s $48 for delivery.

It’s a shame you didn’t see the upgrade when you ordered the Charging Station.

I purchased the second it was added to Facebook and was dismayed to be charged $24 for delivery despite having just purchased and received my robot 2 weeks ago.

Not too sure what you’re talking about with Facebook? You buy there.

Do the two interact together if you have 2

Yes two EMO will interact with each other / chat / play games / dance etc. They do keep themselves busy that’s for sure

So excited, I just ordered one just wondering when will the software be updated so Emo recognises his new home?

A new firmware will be released before the home station arrives. Exact date on when this will happen is not been confirmed yet. (hopefully soon though)

A question about the automatic charging base, once the EMO battery is charged it will automatically leave the base and go back to exploring. Another detail when EMO is out of action for a long time Base he usually slept this will be reviewed too?