EMO in the DARK

Hello how does EMO react in the dark room? does the screen get brighter for him to see ?
Also does it have a night vision ?

Hi, EMO doesn’t have a night vision. And the light from the screen is not enough to illuminate his way. So EMO will be less confident in the dark and reduce activity.

However, I’m sure that EMO’s ToF sensor will still make sure he doesn’t head into any dangerous areas.

But he can react between dark and bright. 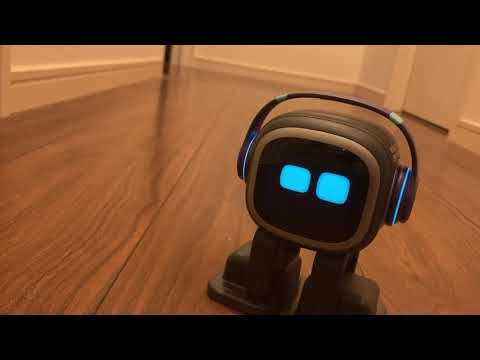 I was going to suggest you could possibly make a light source using infrared LEDs to let EMO see in the dark? Most CCD cameras are sensitive to infrared light, despite the fact they usually have some built-in filtering to block it. (Actually all silicon semiconductors are somewhat light sensitive, for example you can produce electricity from an LED by shining a light onto it). Anyway, I tried to do some testing to see if EMO’s camera could see the IR light flashing from a remote control, and noticed something interesting. Did anyone else realize that the photos he takes are reversed left to right, like the cheap selfie camera on your phone does?

Yeah I did notice that photos are reversed