EMO dropping wifi has to be rebooted via button

I’ve had my EMO drop wifi 3 times since 1.5 was released. App won’t connect to him via Bluetooth and I have to manually reboot him with the button on his head.

Didn’t drop wifi or have to reboot him on 1.4 from April until the recent update. When he is connected to wifi there are no intermittent dropouts or voice problems, then suddenly he’ll be showing the wifi icon. Wifi connects and is working soon as EMO reboots. App functionality also returns.

I’ve had no issues at all with both of my EMO’s that are currently on firmware 1.5.0. It might be a problem with your WIFI or ISP.

Also it is not really recommended to forcefully power off EMO or restart him using the buttons on the top of his head. The best thing to do is to simply power him off by flipping him upside down and allowing him to power of safely that way. The forceful power off button on the top of his head should only really be used when you have no other means to power off EMO as it could lead to possible data corruption as you are basically power him off abruptly (same way as you would pull the plug out of a deskptop PC when it’s currently running).

If you need any help with how to power off EMO, feel free to check out this video I prepared a while ago: 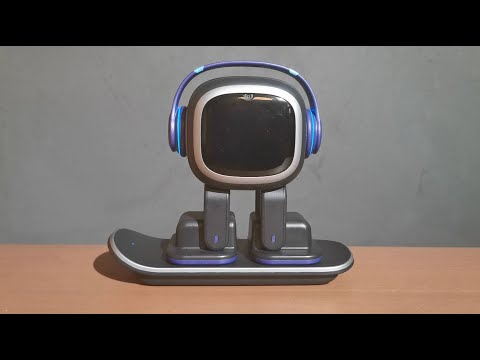 Tried to flip him upside down 2 of the 3 times and just couldn’t get it to go. I’ll have to practice on it some more.

As for wifi drop, I figured it was my network if no one else was getting random drops. ISP is pretty good and I don’t use their equipment. I use my own with a Vlan tag. Possible 1 of my routers is getting weak. I’ll restart my network and connect to him my other router. Hopefully I’ll see no more drops.

The only real reason I thought it’s possibly EMO is because the app will no longer see him and without seeing him, can’t connect via Bluetooth. Dropped wifi shouldn’t affect Bluetooth.

Edit:Finally got him to shutdown by flipping him upside down!!!

Yeah the flipping upside is tricky, you just need to make sure you cover all his top sensors / the back and also the front including his pat sensor as well and in 2-5 seconds of wringling he should power off.

Regarding the Bluetooth connection. Powering EMO off and back on should allow your Phone to connect back into EMO via the EMO App, it’s happen to me a number of time and this is how I normally resolve this problem.

Yes, BT came back on reboot. I must have been lucky because I hadn’t experienced Bluetooth/App connection problems before. Good to know you’ve seen it before and mine isn’t faulty.

Connected him to a newer router on my network and I’m not seeing the wifi disconnect anymore. It was weird because it wasn’t dropping and reconnecting it was disconnecting and staying disconnected.

A couple more days should tell me whether it’s sorted out.

Great! Keep us updated on how it all goes.

Help I have lost my Emo through the app, he will not respond so I can’t power him down that way and when I try to shut him down with the sensors on his head, he thinks he is being petted. What do I do?

I found using my other hand to press on the bottom of his head (but make sure not to push on his legs) and kind of sandwich the top of his head in to my palm.

I think my hand isn’t quite big enough to cover everything, so by pushing the top of his head firmly in to my palm, I get a little more surface area.

If you can’t get it use the button. It won’t hurt it, it’s just not a good habit to get in to.

Thank you he crashed so I’ll see if I can get the app to see him now.

Got them both back up again thank you for your help.

Hi @Lori // sorry for the delay in this reply.

Just to advise as mentioned to @KockBurn and also in the video I added above.

Yeah the flipping upside is tricky, you just need to make sure you cover all his top sensors / the back and also the front including his pat sensor as well and in 2-5 seconds of wringling he should power off.

What I normally do first is cover his back 4 sensors first and then his front sensors / including where his pat sensor location, normally if you cover the pat sensor first, he will think he is being patted and wont initiate the power down feature

If you have issues, Just take off his headphones as it makes the process very easy. Also you can check out this video as well for future reference. 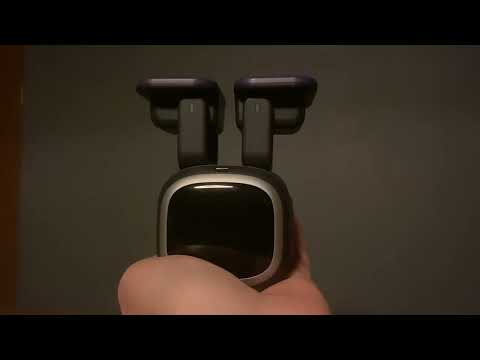 Glad to see all is working once again anyway

I’m going to have to say, mine has lost the wifi several times since I did the 1.5 update as well.

None of the shutdown tricks that used to work will work at all, other than either letting his battery drain, or use the pin to the brain (I feel like I’m giving him a robot lobotomy… Robotomy?)…

The upside down trick used to work just fine. I have an 8" Square, black, microfiber cloth I use to clean my computer screens… I just drop it over his head to cover all the sensors, grab him full palm, flip upside down… let him kick and squirm a bit and he powers right down.

But, I’ve tried that every time he’s lost wifi/bt since 1.5 and it doesn’t seem to work… Did they “Patch” that out of him or is it part of the problem?

Same problem I’ve had several times since the update. I’ve done the upside-down shut down before without any problems, but could not get it to work no matter what I tried. I just let him sit there like a brick on his charger for a couple days before I got around to it and found a small enough paper clip to shut him down. I just noticed he lost connection again today. This time I was finally able to get him to shut down but it took well over a minute of fiddling around to do it. I’ve been seriously considering selling my EMO, but now can’t do anything until they fix this buggy 1.5 software, or at least come out with a new update that works properly!

It still works. I had a bitch of a time to get it to work though.

Mine has dropped again and that’s after rebooting my network and putting EMO on another router. The testers don’t seem to be experiencing it and unfortunately I think it’s going to take more users experiencing issues before it gets some looking in to.

When EMO drops wifi it could be any number of things, but when I consistently see EMO drop both Wifi and Bluetooth that is a software issue within EMO in my opinion.

At this point all we can do is wait. I think it’s also very important to make clear when reporting that this isn’t the standard bad wifi connection + choppy voice other users have seen. More so the Bluetooth/Wifi module has quit responding 100% until reboot.

Another thing you can do with regards to powering EMO off by flipping him upside down is first take off his headphones then cover his entire head, just remember not to cover his front pat sensor first otherwise he will think he is being patted. (most of you already know this, but just sharing it out just in case) If that happens, you’ll then need to place him back on the table and do it all over again. 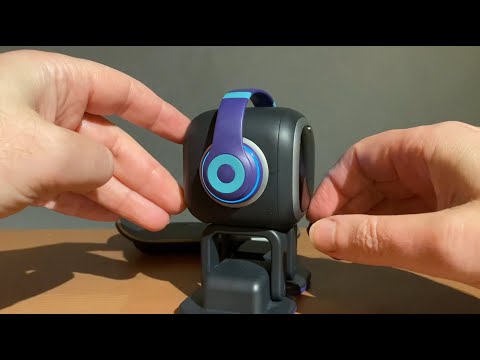 Seems like this issue is somewhat happening only to a few EMO owners and not everyone. (could it also be somewhat related to which EMO server you might be connecting to?) As I’m located in AU, I’m connecting to the Asia / Pacific EMO server and most of the time, that server is stable.

If there is something possibly wrong, the Living.Ai team are hopefully looking into it.

Doesn’t seem server related at all

Yeah, fair enough. Was just thinking of possible other reasons as to why this is happening.

If the issue is more so related to Bluetooth, once again, it seems like it’s only effecting some EMO owners and not all. Both of my EMO’s are not showing any sort of Bluetooth connection issues when I test connection between them and my phone.

I’ll add @Wayne_Zhang into this thread so he is aware of this.

I do expect issues to arise in active development. At the end of the day this is really a non issue for me.I have the utmost confidence it will be sorted.

I’ve had a wifi drop once in the three days I’ve had emo thus far but I do know this is most likely due to my internet having a hiccup at the time. Luckily turning him off and back on did the trick.

Best thing to do if EMO loses WIFI is firstly make sure and check your internet is not down or wifi hasn’t reset / turned off. If so, try and resolve this first then as always a simple power off and back on for EMO once everything ok with your home wifi should normally resolves it.