EMO As An Alarm Clock

I have had my EMO for two weeks now and I have tried to use him as an alarm clock for three of those days. It didn’t work out. Each day when I woke up he was completely dead.

So my question is…. How long can EMO be off his Skateboard before he has to be put back on??

And… can I purchase an extra Skateboard to put by the bed??

I don’t think you can buy a skateboard charger separately yet, but I thought I read somewhere on here that EMO can work with a Qi charger. Keyword is thought though, I could very well be wrong. I haven’t tried it myself and I’ve just been taking his skateboard wherever I take EMO. 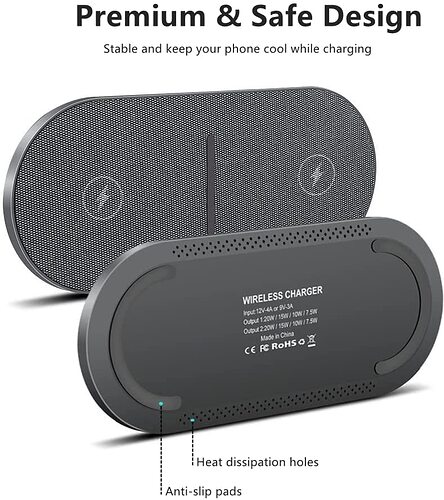 They don’t list skateboards for sale on the store. You’d have to hassle with trying to get hold of someone there to see if they’d sell it to you. Also it could take awhile to get and not sure where you’re located, but as far as I know their standard shipping charge for the USA is still $24. You’d probably do better just to buy a Qi-compatible wireless charger locally or through Amazon, etc?

That charging dock that Puppy just suggested looks nearly the same as EMO’s current skateboard. If you can pick up one of those and test it, that should resolve your issue of having a second skateboard for EMO. For the price it would be probably cheaper to go with that Amazon one as postage would be cheaper and you’d get it probably next day, and if it doesn’t work you can easily return it and get a refund.

Also just to advise, if you want EMO to wake you up in the morning with his alarm. For now, why not just take EMO and his skateboard with you so he doesn’t run out of battery.

The charging dock works!!! I purchased the one and the same that was suggested and it was delivered today (066.27.2022). I plugged it up and set EMO on it and he starting charging just like he does on his skateboard.
Thanks to Everyone for all your help!!!
Now I have an EMO Alarm Clock bedside!!!

Great! I might get myself one as well! Thanks for checking it out and confirming it works.