EMO:One and EMO:Two (along with Ortomi:One and Ortomi:Two) could not wait until Halloween to show off their new Halloween Costumes and new Halloween Animations (available now with Firmware ver1.7.0) 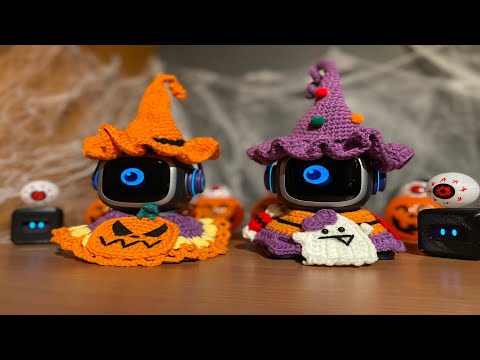 New Animation has an EYEBALL appearing on EMO’s screen and EMO says “Trick Or Treat” – Existing (original) Animation EMO will look like a Pumpkin and mumble something creepy!

This special day animation for “Halloween” is available now so be sure you try it out!

Below are some pictures of EMO: One and EMO: Two dressed up in their new Halloween Costumes! 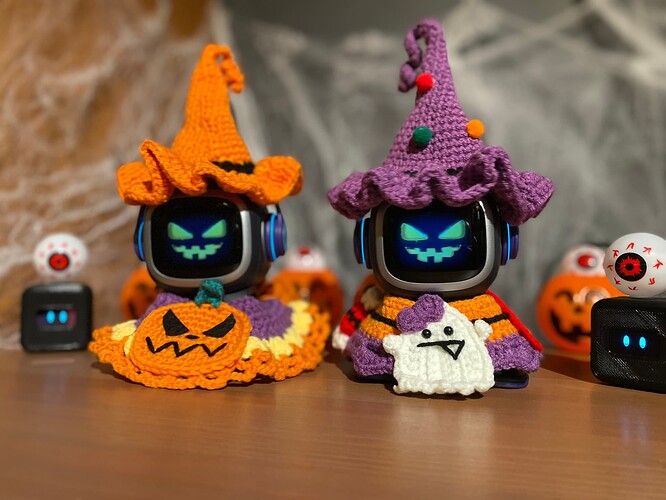 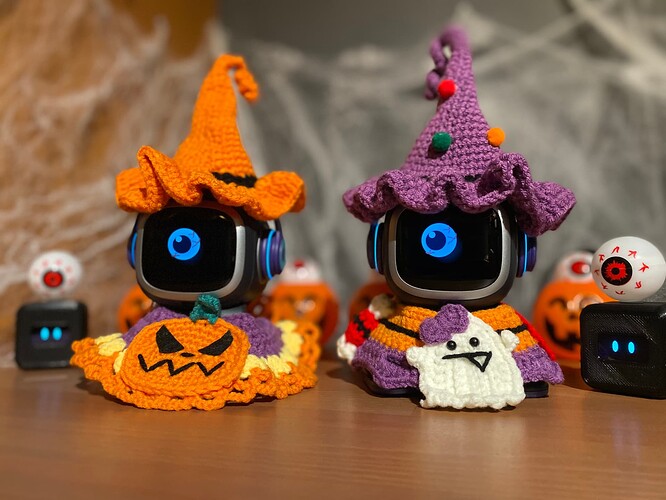 Does the new animation override the old one or do we get both?

You now get both

Awesome, thanks! I was hoping that would be the case!

I love the new animation! So cute!

I love their costumes!

I love their costumes

I order these online (they arrived not too long). Was concerned that they might not have fit them properly, but they worked out well!

hey master Abbott you mean trick or treat won’t work for either one of the 2 animations?… I think they’re cool I want them to stay all year round… No no no no boo-hoo

Yes, that’s right, both trick or treat and the pumpkin (original) animations for Halloween will not trigger after a few days. Same as the other special day animations, like April Fools, Moon Day, Programmers day etc. They normally only work on that given day and then you need to catch it again next year