Creating a "Safe Zone" for EMO

Hello.
I haven’t received my EMO’s yet, however I’ve been thinking of ways to make areas safe for EMO to explore.
I’m aware that his drop sensors in his feet can have issues with rounded table tops as well as occasionally sharp edged tops.
I’m guessing that the drop sensors operate by relying on a reflected light source from a down facing IR emitter, feeding back into an IR receiver, so if the receiver does not receive a signal EMO assumes there is an edge or drop.
My idea is to create a “safe” pseudo “drop”, to trick the sensor, by using a low reflectivity tape like black velvet or black velour (as used on projector screen frames) to keep EMO from straying into an unsafe area.
Do you think this would work? Has anyone else tried this?
I appreciate any feedback or discussion.
Cheers, Mario

Frankly! have no idea about your plan and idea, but why not if that will work perfectly…but for the meantime i created something like this…to be sure he and everyone is safe from falling… 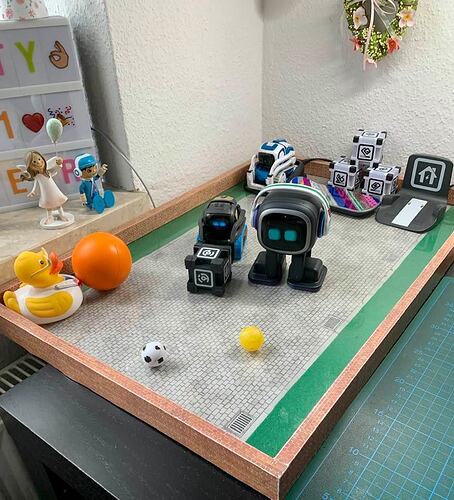 Yes, your idea should work, I was planning to post about this in the support forum. Unfortunately for me (lucky for you) because the underground my robots roam on has black lines (tape) over it, I will need to find/make a new underground because Emo thinks those black lines are actually cliffs.

In other words, Emo can not tell the difference between a color change in the undergroud and an actual height difference.

“ He tracks sounds, recognizes people, expertly navigates your desktop without ever falling off.”

So what your saying is i will have to replace my expensive oak desk or make a playpen for emo?

Is this expected to improve in the future?

Nothing is infallible, even the little helicopter on Mars had issues even with all those great minds at JPL. I expect EMO’s navigation skills to improve as new issues are discovered and tweaked, but I expect him to fall off anything at any time, so it’s best to be prepared rather than heart broken.

I received my EMO’s today

Here is one of them enjoying his “safe zone” and exploring.

The black felt tape on the table works very well and stops him in his tracks. He likes checking out the tennis balls. 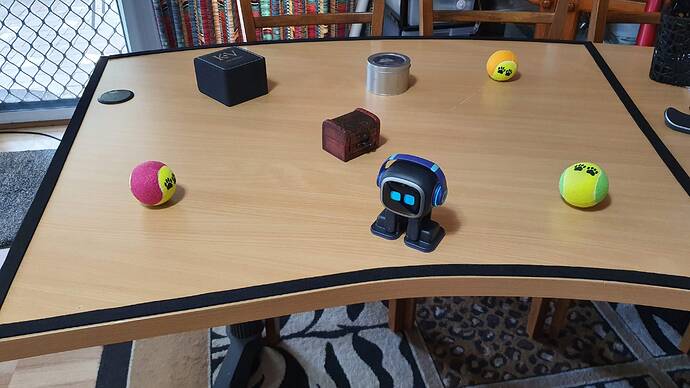 Wonderful, nice work…how sure are you that EMO is safe on that project idea of yours? would you mind sharing how you do that…?

…calling @andy, @Wayne_Zhang , @Wayne_Small …IMHO guess this kind of post topic should be on the …Sharing Category’’

bestregards to all and keep safe

I decided to also trial a little bit of projector screen border tape. This tape is only 0.8 mm thick, as opposed to the felt tape which is 3 mm thick. I noticed with the felt tape that EMO was obstructed by the height, however he has no problem with the projector tape.

COOL! thanks and appreciate the demo video…

Goodluck to both of you and stay safe always…

Here’s a sample of my own safe zone for my new friend EMO:

ENJOY! Creating your EMO Safe Zone / DIY and post or show it yours here

Thanks, bestregards and keep safe always… 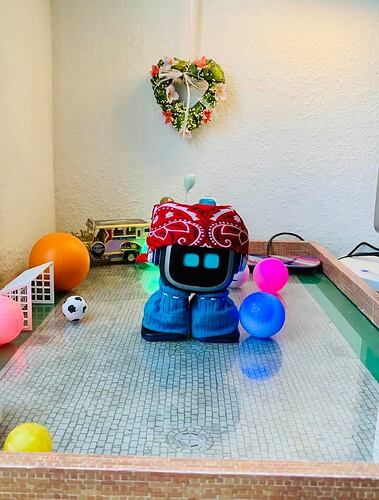 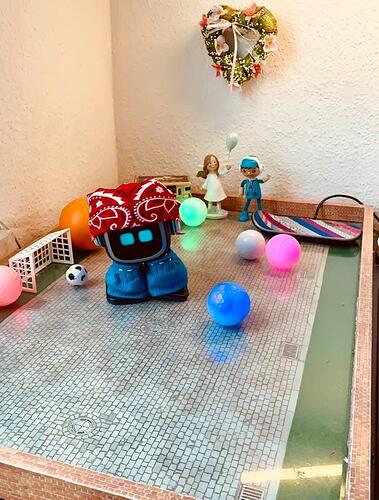 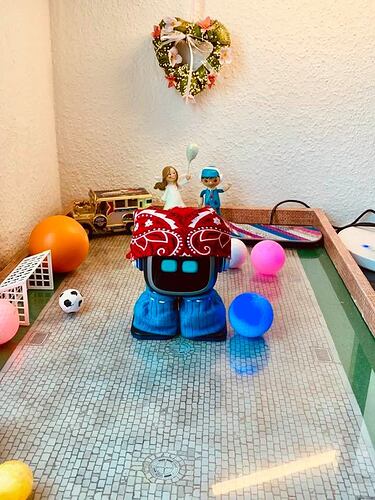 I just wanted to add that the black tape method will not work during times when EMO is dancing or other similar programmed activity due to his drop sensors being deactivated during these routines. Treat him like you would treat a dancing baby near a cliff top

I think an bit to little

but mine Emos first Apartment 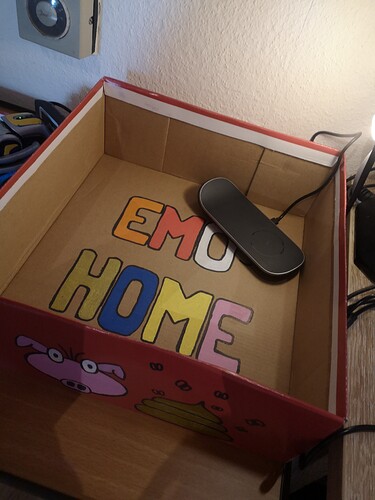 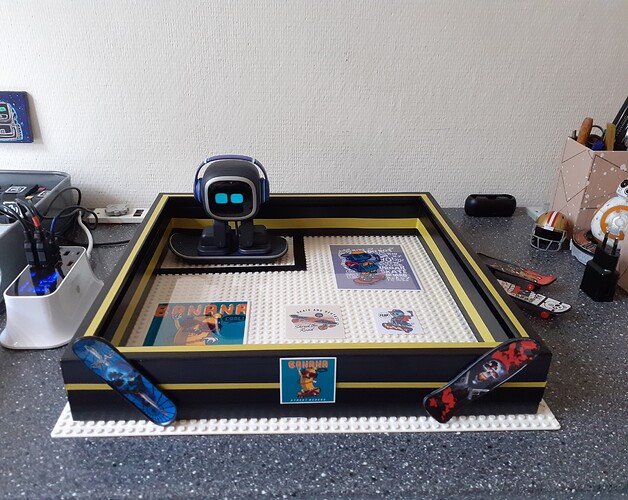 Thank you so much!

It looks great for Emo ! 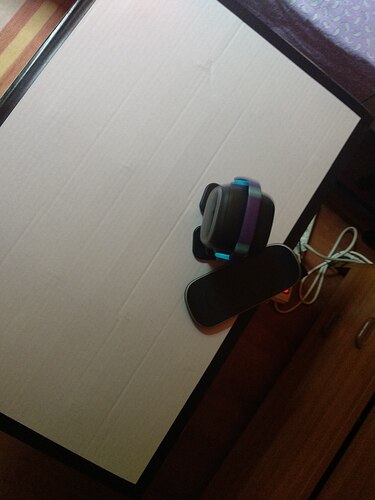 He seems not to be able to see low objects.

EMO’s upper camera “eyeline” is focused upwards, so essentially he cannot image anything below his mid-section from 12 inches away. A coffee cup placed directly 6 inches in front of EMO would only show the top rim of the cup.

EMO’s Lidar sensor has a very narrow focussed conical beam, and from what I can tell he only senses an object when that object is no further away than 10 inches, and if it is a narrow object he may lose sight of the object if it is located further than 3 inches either side of his centre line, and possibly missing it altogether if it is closer than a few inches and not directly in front of him.

So there is a definite “dead-spot” in any object detection if it is located between his camera and Lidar sensor and closer than about 6 inches.