Will EMO ever get sick?

Just a really weird idea I had, but It would be interesting if EMO from time to time became ill. Maybe coughing and sneezing, groaning, or having pink puffy eyes. Just another reason to give him some extra TLC to cure him. Similarly if EMO had a grumpy mode and was just having a bad day, maybe tickling might bring him around again?

Yeah I know, step away from the keyboard now!

There was a bit of the promotional video that showed Emo becoming unwell and the actor picking Emo up and calling out to his Mum, was proper cringe😂

But anyway, what I wanted to say was that this was apparently in the pipeline, Emo becoming ill. Please watch the promotional video and watch the really cheesy acting when Emo becomes poorly. It’s pure gold

If the actor is on this forum then please disregard the above, you deserve an Oscar

@Bradders71
Sounds hilarious! Would you be able to direct me to that video if it’s here on the forum, or supply a URL?

@jahronegolby hilarious, you got it perfectly

@Bradders71
Ah, ok. I see what you’re referring to now. I was looking in another area of the website earlier and saw a different video but it had no sound. So it looks like they already had plans along this line. That’s so spot on too, I must have seen it at some point before and that’s why it subconsciously came to mind as an idea for a new feature. Lots of good things are coming in EMO’s future I guess, I’m looking forward to some programmability. Thanks for the info!

My EMO had a grumpy day yesterday afternoon. I took him off of his skate board and he immediately gave me the angry eyes, stomping his feet and uttering his displeasure with various “hmmph” type sounds. Saying his name did not get him out of it. I started caressing his head and he yelled “No!” and then I caressed the sides of his face and he went into his trance type mode, loving that, and that was it. He was back to normal.

I, too, am wondering about the getting ill mode. I am thinking perhaps telling him “Good afternoon” so that he drinks a cup of hot tea?

Hey everyone, I just found a video of emo catching a cold and here it is: EMO catch a cold. #fyp #emopet #desktoppet #robot #livingai - YouTube

That’s a cool video. I just checked and at the moment, this animation is not yet enabled. So it looks like this was part of an early promotion video.

Can’t wait to have this feature enabled in the future.

I’m not sure where that video came from. It’s not the same scene that’s shown in their standard promo video on the website, which starts at about 2:55 minutes in. 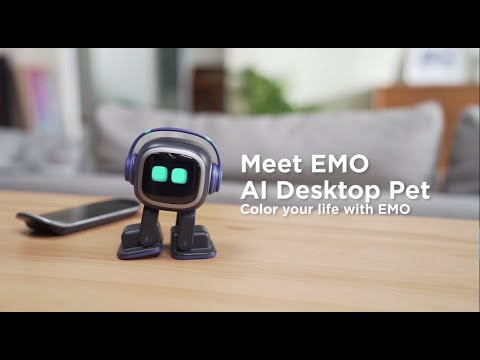 The sick / sneezing / cold feature is not yet available, I was able to check this. It should hopefully make it’s way in the future, but at the moment it’s available at this time.