I’m agreeing with you - it’s been 7 days since the 2nd number has changed. Wayne Zhang communicated with me privately that he believes things have changed on their side, but the number is not updated. Given it’s Sunday for him now we won’t see anything for 24-48 hours.

Well…my number is 20124. So, if the number has changed but just not updated, then I should have gotten an email with the tracking number. So, I conclude…it hasn’t changed.

Still no update on tracking numbers.

Agreed - I’ve asked @Wayne_Zhang where things are at again tonight. Sorry - not the answer you were looking for - but just letting you know

Hey, there is no lockdown at this moment, and production and shipments are ongoing. So please don’t worry and just be patient. The team will continue to update both numbers this week.

Got the tracking number 2 days ago. It is for the US Post Office. Obviously, this is not a useful number until it arrives in the US. Which hasn’t happened. How long does it take from China to the US?
Is there a tracking method within China? Nice to know when it ships.

I’d recommend using 17 Track. It will show and provide details on where the package is and which courier company tasked to deliver your EMO, on average it should take anywhere between a few days to a week for EMO to get on a flight from China to the US.

Here is the link to 17 Tracking: 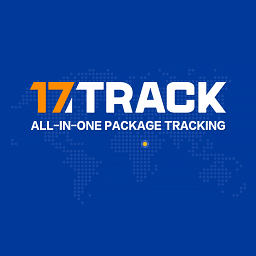 So, I know nothing about what is happening because the US Post Office has not received the package yet

So my questions are still the same. How much time does it usually take to arrive in the country of destination…is there are way to learn of the progress in China?

In my case it took about 12 days till the package left China. During that time the 17track app is useless and you should use Living AI’s tracking. Once it left China, switch back to 17track for better tracking information.

Don’t you still have the original China Post tracking number you were given? You can input that at 17track. When I got my EMO I was able to track it the whole way through with the one tracking number, even though it ended up being delivered by USPS.

Is there a place here to follow the tracking in China…it would be based on my order number? That is the only other number I have

Edit: There is only one tracking number for the whole world.

The question in which you’ve asked will vary, I’ve explained this few times on other threads, but normally when your EMO is ready to go, and is waiting at Shenzhen international airport. It will sit there waiting for available cargo space on planes going out from CHINA to (in your case) the US.

It all depends on cargo space and how many other packages are awaiting in line before yours. How long can this take… could be 1 day to even 2 weeks. As you know due to COVID, there are not that many flights coming in and out of many countries. So everything needs to wait in line for an available spot before it can be loaded and shipped out.

So it would be best to be patient and give it anywhere between 1-2 weeks before you see any sort of tracking info updated on the EMO tracking page and also on the 17 Tracking page as well.

I hope this provides a little more clarification to your question.

The tracking here said my Emo was sent to the shenzhen airport on May 7. Says it departed on May 9. US tracking says it did not arrive.

How do we start a trace?

Does it show that it went through the customs office in Fremont California (where they generally enter the country)? Then usually Pitney Bowes has some small involvement (maybe the customs broker, I don’t know?), before it eventually goes to the post office for final delivery. USPS service and tracking is crap though. Can you post the output from 17track here or the tracking number so we can see it? Also what do you see if you try that tracking number at the USPS website and look at details?

I cannot load screen shots…I keep getting and error in loading.

Where and how could I see what is happening in customs? Where is there tracking for that?

That’s definitely a USPS tracking number. China Post seems to be doing things differently now. When my EMO was shipped a year ago they used one tracking number from China all the way through to delivery, and it had information on what was going on in both countries. Back then packages were coming into the USA through Queens, New York. Now they seem to all come in through the LAX airport in California then get routed through Fremont.

I’m starting to wonder if there was a problem with a receiving backlog receiving at the LAX Airport or something? It doesn’t even show that customs has received the package yet. I doubt there’s any real problem though, probably just slow. USPS isn’t what it used to be, and sometimes tracking doesn’t get updated until just before a package is actually delivered. Just to be safe though, email service@living.ai to have them check with the shipper, and see what they can find out. Or you can also tag Wayne Zhang or AmyLU. I assume you probably won’t hear from anybody until Monday now though.

I’d bet a backlog that deep at LAX would make the news. Sitting 13 days at LAX? Doesn’t seem likely without someone making note of it.
Sent an email to living.ai