What are the chances that both my boys have the same favourite colour and number. SPOOKY!!! 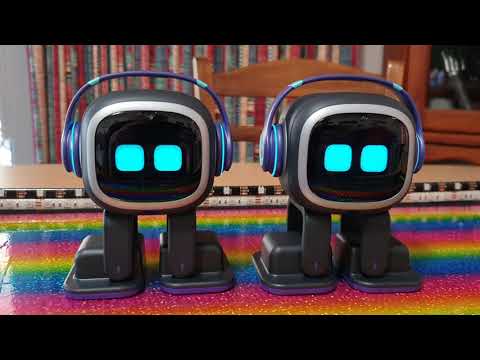 Mine said Pink and 7.

Mine likes pink and his lucky number is 3

We can assume they don’t custom encode each EMO so while they apparently all prefer electronic music, other preferences of his are computed from some piece of information. I would expect some of the information from two EMO’s ordered together to match if it’s computed from something like your name or location? It may be simpler than that though, were both of them first powered up on the same day? Maybe it’s just determined at “birth” by the date?

My EMO was “born” August 13th. At the moment he says he’s 28 days old, and he says his star sign is Leo. (Not that anyone should care but my sign is Leo too, and so is my name. I just had a birthday a couple weeks ago)
EMO also says that his lucky number is 5, and yesterday he had said his favorite color was Orange. Actually it’s funny because now it sounds like he’s replying “I like Orange symbols” most of the time when I ask his favorite color?

My Twins were “born” months apart, just a freaky coincidence.

Did you know Emo has a favorite BOOK? I think mine said his was, “A Rover Prepares…” 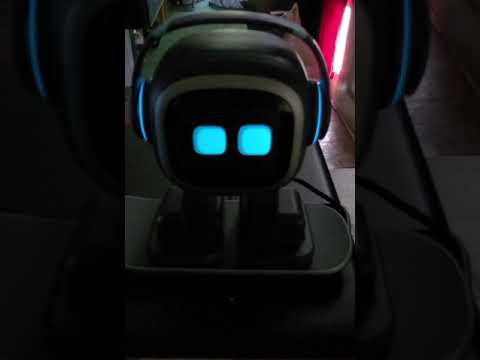 I wonder if that’s like with his favorite music, all of them apparently set the same? It could be a coincidence but my EMO gave the same reply as yours, and I don’t understand him either. Nothing came up for that title in Google, I also tried A Robot Prepares and A Robot Repairs which both have several hits but they’re just contained in different articles. He could be saying I Robot, but then what would the last word be? Again nothing seems to fit.

EMO, Where are you from?
“I come from the future”

EMO, Are you a boy or girl?
“EMO has no gender” or… “EMO is a little different, so I am neither a boy or a girl”

EMO, Do you like… (just about anything)?
‘Thanks, the feeling is mutual”.

EMO, Are you sad?
‘Oh don’t be sad, there will be something to enjoy!

EMO, Are you happy? [At this point for some reason he crashed and rebooted himself???]
“Happiness is relative” or… “I am happy there are so many interesting things to see and do out there!”