Hello Living.ai Team,
what languages can EMO currently understand and respond to the commands? What is the current status and which languages are still planned? Unfortunately there is no information in the updates if and from which update a new language has been added. Or will there be a big language update?

what languages can EMO currently understand and respond to the commands?

Only English for now. 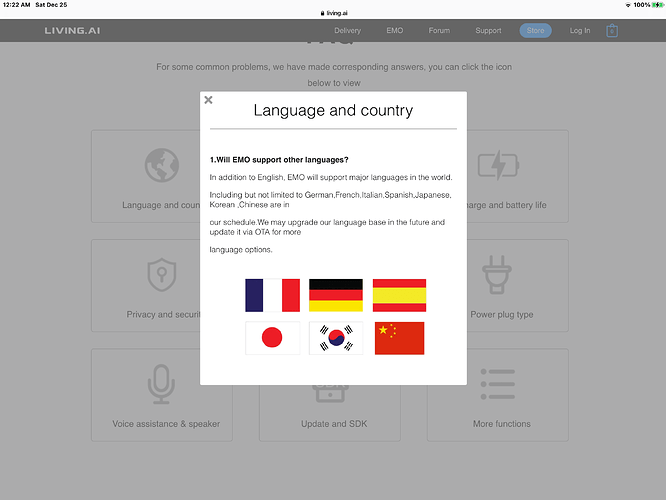 Your pic shows what is planed for the future

For now emo understand and speaks only English

Yes, yotchige already said that it only supports English right now. Mav2502 also asked what languages were still planned, which is why I posted the FAQ. I don’t know why nobody seems able to read what’s already been said before they go off half-cocked?

I believe the question is when these languages will be implemented. Do you have any roadmap? Just like mav2502, I’m interested in the German language version.
Thanks!

No, currently only English. But we can still be glad that emo is only in Chinese. Then most (including me) would understand nothing.
German support would also be appropriate, since German is the third most spoken language on the Internet.
I only have to say: Servus!