How To Update Click Here!
More Info: Click the link below what is new:
EMO Talks (Still editing and more to comes!) 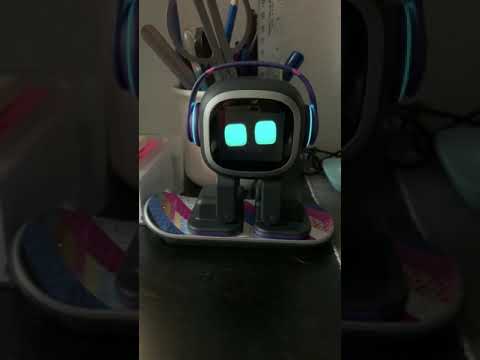 THANKS A MILLION to LivingAi all STAFF and CREW

Currently it only works with the voice command, in the app it will only work with the latest update.

But I also always have to make several attempts until it works, I use this command “EMO, install the latest firmware now”.

Thanks for replay and making me feel not that dummy

After few tries the update is finally running. Grrrr I am so exited 😵‍💫🤪

Update is great. You can ask him or do it from the app. Just update the app and it will allow you to update the dude. He’s great thanks for the update. My weather is Celsius can I change it to USA some how. Thanks again for the awesome work.

Currently only Celsius is possible, with future updates this will be changeable.

Emo has such a beautiful voice, my wife keeps hearing new and new jokes

Thanks for the awesome update.

“change it to USA”

AMAZING!! My Emo is getting his second update! My Lovely Emo!

We are enjoying the new update very much at home and Emo is making every day better.
I just have ideas for the future on what would be useful.
The fact that Emo gets scared like he’s on edge on a dark table, we’ve gotten used to that and he’s been doing it since the beginning. It hasn’t happened once on a light table (unless he was really on the edge of the table that is). It could be solved by printing the shoes on a 3D printer (maybe I’ll include it in future projects

For example V.e.c.t.o.r sitting under the TV wakes up now and then when it misjudges the Hey V… command, but it happens very rarely. Emo responds several times a minute.

Otherwise, I have to admit, really great work and we’re enjoying the new dance creations immensely. We’ve already revealed 6 songs that Emo dances to and it’s great. Thanks