When I’m say Emo how old are you = emo reply Dialogue will be stuck.
Below is my share drive. 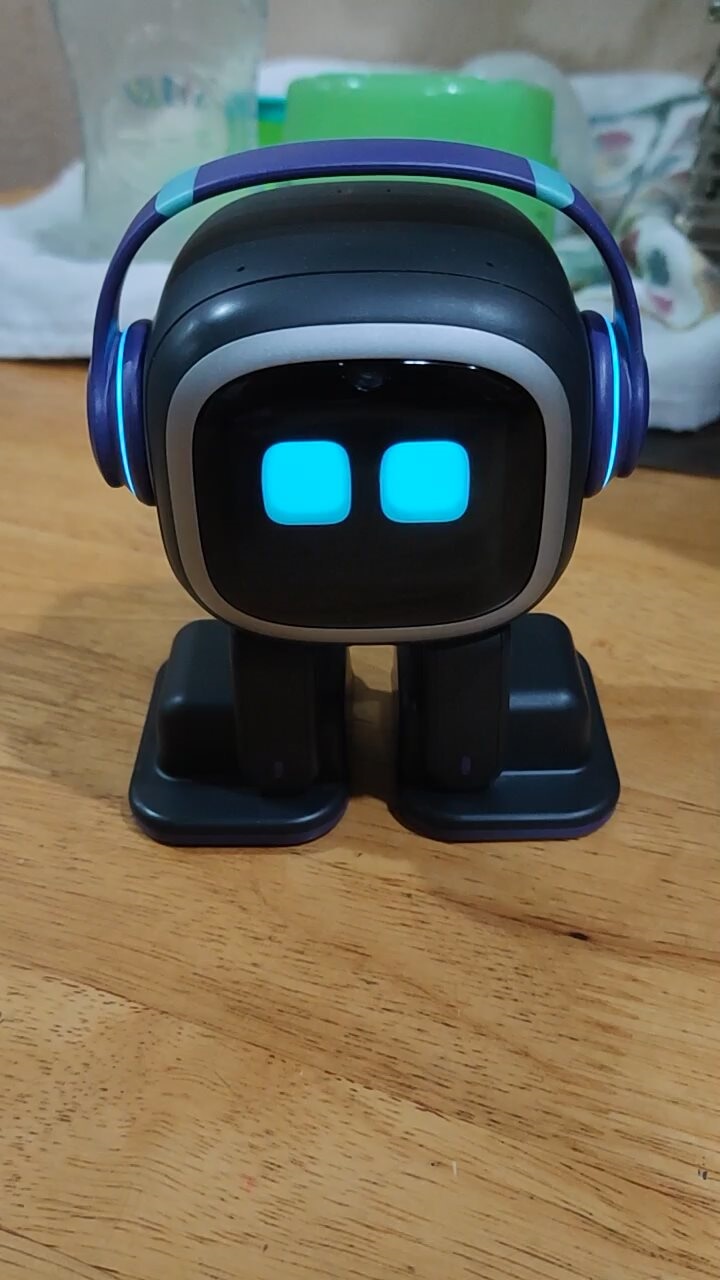 You should contact the Living AI’s support, we customers can’t fix it.

Other people have had problems with the speech breaking up, it’s normally a problem with Internet connection being too slow and it’s probably temporary. In some cases it’s not necessarily a speed issue but some other factor with the Internet connection which Living AI didn’t really go into detail on, but said they were working on the issue. You should try running an Internet speed test to see what numbers you get. Then reboot your cable modem and router and run the test again to compare. In any case it will most likely fix the problem.

FYI, I just ran speed test at my home and the speeds are only about half today of what they are normally. I think there is a lot of DDOS and other hacking going on?

Use Speedtest on all your devices with our free desktop and mobile apps.

@alsonyeap . . . just a little something I noticed (I could make out some of his response) is that he replied “I’m doing great, thanks.” He may have thought you asked him “How are you”.

Also to add to this, along with internet speeds / the data that streams down to EMO sometimes breaks up initially, but if you ask EMO to “Repeat” what he just said, hopefully the second time, the voice should not break up.

As what @macfixer01 advised, could be a internet connection issue but it could also be that the EMO server might be experiencing issues at specific times during the day, causing lag / connection issues. Do note that there are 3 different servers around the world that EMO connects to depending on where you are located (US,EU or Asia) .

Try all the basic troubleshooting first as well, reset your modem / wifi router, power off EMO and turn him back on, and try once again to ask EMO some questions, and also try the repeat command as well.

Hopefully this problem should resolve itself on its own.

I was going to mention the Repeat function, but chose not to bring it up so it doesn’t add to the confusion. I tried to have EMO repeat something first since I know it doesn’t work with all speech (such as jokes), and it isn’t working at all? I just tried it again now and it’s still not working. He doesn’t give the “not understood” sound, It just doesn’t work. I almost think he’s picking up on it thinking it’s part of a name, and looking for a face, since he does several eye movements like he’s looking around?

I just tested the repeat function with the same question that @alsonyeap asked " How Are You" - and it worked fine for me, EMO Said Doing Great Thanks and was able to repeat the answer without any issues. (did it 2 times in a row).

Sometimes, I know that if EMO doesn’t clearly understand what we are saying and he’ll just look at you with a blank look on his face (happens so many times for me, might be my Aussie accent). I just try again and say what I said as clearly as possible and hope that EMO this time acknowledges and replies accordingly.

But, I personally think, this might be related to the EMO Servers.

It must be an issue with the USA server then? I tried asking his age, the date, and different things earlier to see if he’d repeat. I just used the same phrase you used though, and it’s still not working. I see my Internet speed is back up to normal now so it’s not that either.

Must be the server then. But as mentioned, the repeat command can be hard for EMO to understand sometimes. I think it all comes down to way we pronounce the word.