Is my EMO Dead?

Received my EMO today and placed him on charging, the walked around for about 2 hours before i put him back on the charger in which he fell asleep. Now the headphones are glowing and he won’t wake up, is EMO broken?

Pick him up from the charger and shake him… that always wakes him up.

That didn’t work sadly, his headphones go from medium brightness to no brightness when on the charger, I think EMO is broken

Try the reboot button. How can I reboot EMO? – EMOLives.info

Tried that as well but same thing. It seems the headphones are glitchy or the power it’s going from board to EMO. I tried another EMO I have where that one charged but this one has stopped for some strange reason

Ok - email service@living.ai and explain to them what’s up. They should be able to assist further.

Sorry I can’t help more on this one

I’ll send an email, thanks for the help

Has the adapter you’re using for the charger enough power/voltage?
Has it charged properly (led on charger should not blink, if it blinks try using another adapter and/or move EMO slightly so the left feet touches the wireless area?)

The charger is not blinking, just a bright dot on the skateboard, the headphones of my EMO look very weak for some reason, not bright at all

I left EMO on the charger all night, no recovery sadly 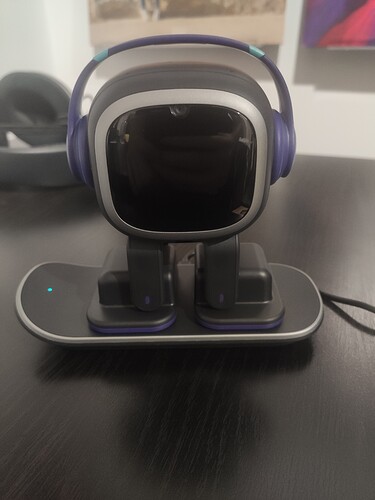 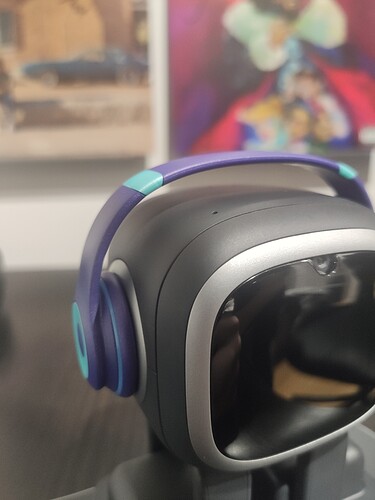 Not powering on after placed on the charged for longer then 3 hours, made very small movement when taken off and placed on by nothing for the past 2 hours. Smells like something inside EMO has blown up or a fuse is gone which i have no clue if it had happened or not. Screen not turning on, no sound, headphone will have a weak glow compared to my working one, working one on the charger being charged, sleeping, screen works, headphone glow bright, sounds works, same charger, same power source. I pressed the reset button as well but have not touched the one next to the reset as it is not to be touched, my EMO that doesn’t work had the latest update for anyone working at EMO.

This is just sad and frustrating and I feel you about your EMO…try your best to make a video and send it per email service@living.ai and give some more info. They should be able to assist furthermore…

GOODLUCK! ALL THE BEST AND KEEP SAFE…

Just sent an email with the link to my unlisted YouTube video explaining the issue, hopefully it’s something small which is causing the issue. Thanks for the help