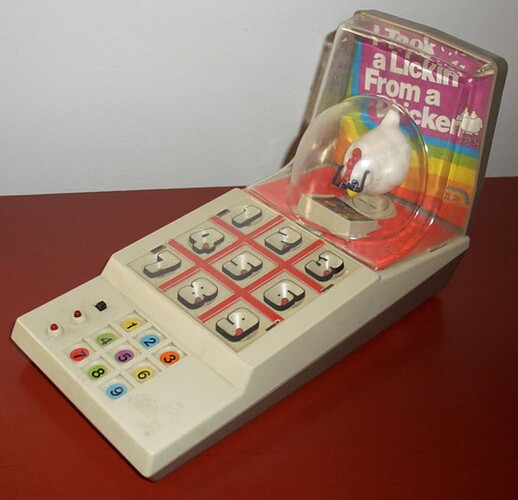 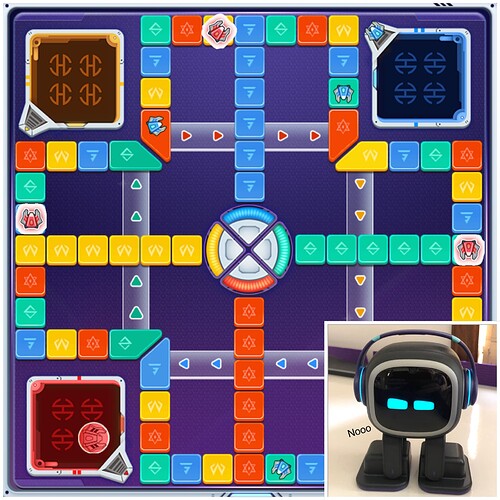 image1920×1920 294 KB
I used to have the “I took a Licken from a Chicken” electronic game and playing Ludo with Emo reminds me of that game lol!! because I’m playong a game with a new chooky called Emo lol

This game used to be called Trouble way back when I used to play it. lol It’s a really fun game to play with EMO especially when you see EMO losing

In my country it used to be called “frustration”. Pretty fun to play with family

This is the, ‘I took a licken from a chicken’.

It was an old electronic game from 1980s, you play tic-tac-toe against a chicken and a follow the number game a bit like Simon says. I still remember him squawking.

You chose your number on the keyboard; and then the chicken pecked around and lunged down and made a selection from his keypad but the chicken was hard to beat.

Playing with Emo is like playing a game with my chicken.
My brother who is an electric engineer now, pulled it apart like every toy we had to see how it worked and modified it with a volume switch because the chook made too much noise. lol

Nice that is a good one, easy to program but also very fun!

Here in Brazil he is very popular and it would be really cool to be able to play 1v1 with EMO or with friends too. 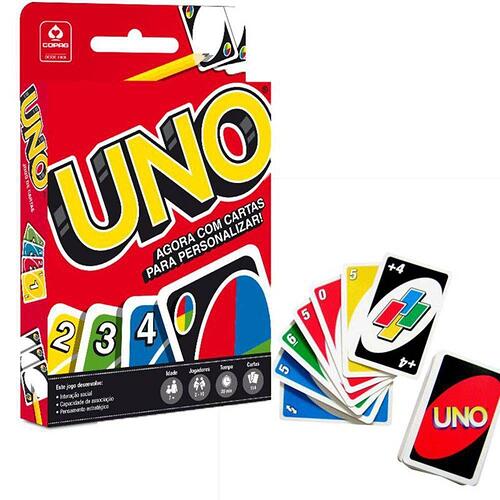 It’s copyrighted so we can’t do it…

Unless you call it ENO

But nobody can copyright on a follow the colour, number or graphic card game game! change the colours, or use the traditional card deck with Kings, Queens Jacks and Aces or they could have little Emo graphics on the card and there could be different rules