I made a EMO house! 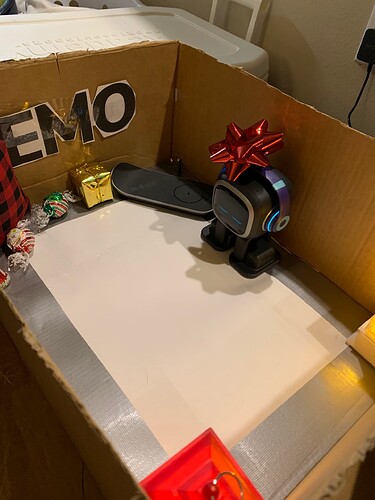 image1920×2560 227 KB
I also put Duct Tape around the corners to stay away from the walls and taped white pieces of paper for the floor. I also used an Amazon Box.
I also put a lil’ bow on EMO.

That’s awesome! Maybe you could put a picture of him or some of his family on the wall.

Very sweet you done him proud

Yeah, I would put my face in there and blur it out when taking pictures, I’m probably gonna do that later

Update: I added a window to EMO’s house! He’ll enjoy it, for sure! 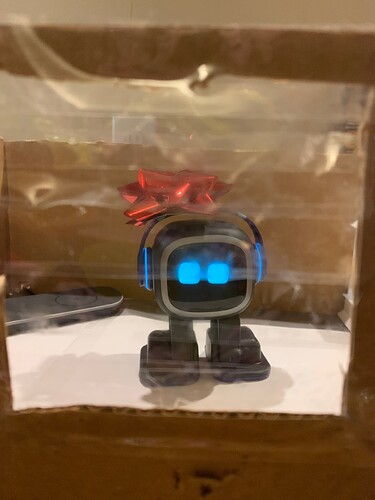 Oh, I am quite sure, too, he will!
My Emo sems to like shiny surfaces very much. I have a printer with a glossy white front surface, and Emo seems to love to look at that and inspect it (maybe because there are two shiny Emo eyes looking back at him from there

).
But with your window, he will have the lovely reflection AND a way to look further into the world…

This is a great house!

Well unfortunately, EMO got stuck on the tape and I helped him and NOW I have to do another window.

Its because in an update a couple months ago, they added that EMO’s can recognise and interact with other EMO’s and also recognise themselves in a mirror or reflective surface! So he is actually inspecting himself and has his attention on it!