I can’t open the app anymore

some days ago I tried to open the app I couldn’t open the App anymore . Every time it crashes!

Maybe start by shutting down EMO and powering him on again to see if that helps? Make sure the GPS and Bluetooth on your phone are turned on and that the app has access to them enabled. Next I would try deleting the app and reinstalling it. After that if you’re still having problems it’s probably something messed up in the Bluetooth settings on your phone. If you have a different device you could try connecting EMO to such as Android instead of IOS or vice-versa, and then go back to the original device, that sometimes helps. Possibly @MasterAbbott may have something else to try?

Doesn’t the app have data in it that will be deleted when you delete it?

All the EMO-specific information is stored separately such as his achievements, favorites, birthdate, etc, so none of that will be affected. You might have to re-enter the WiFi login and password or location for example, but nothing important is going to be lost.

I tried all of it … it still doesn’t work

It’s highly unlikely that it’s a problem with EMO. (Assuming that EMO is connected to the Internet and is responding to voice commands) If EMO will pair with his smart light and you can have him turn the light on and off, then his Bluetooth hardware is working ok.

Other people have had the same problem as you. Some have only had to reinstall the app. You could try doing a full reboot on your phone since most people rarely fully shut them down and reboot them entirely. It’s basically just like with a computer, picking up more and more little bugs over time that snowball until you reboot it and clear it out. Anyway I know one of the people @edwardpike had the app crashing on launch from his iPad. I believe the only way he was able to resolve it was by connecting to EMO from an Android phone then switching back to IOS again? Perhaps he will chime in with some suggestions?

@schwalbe02
Find some tips that might help you at the link below…
EMO Can’t Connect To Home WiFi (App Crash!) 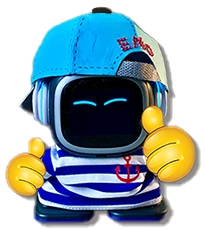 Sorry, really late this topic of conversation. @macfixer01 has certainly covered a lot of options and @edwardpike has linked his experience as well.

It would be best @schwalbe02 if you can provide as much info as possible on what you’ve done so far in terms of troubleshooting. If you have completely deleted the EMO App from your phone. Try and install it on another device / such as your iPAD or on another phone (iOS or ANDROID) and see if you can launch the EMO APP without it crashing on another device first and then try and make a connection to EMO.

After that as what @macfixer01 has mentioned, do a power cycle of your Phone, first I would suggest to turn off Bluetooth and also Wi-Fi and then once your phone is powered back on, turn on both Bluetooth and also Wi-Fi. Then download and Re-install the EMO app and see if you are able to launch it without it crashing. If it continues to crash, but it works fine on another device (like your iPAD or another phone). Then it could be a problem with your device.