How many Electric Sandwiches can your EMO eat?

I thought I’d share this one, yesterday EMO was so hungry he ate 7 electric sandwiches for dinner! He had a busy day of dancing/playing ludo/tic-tac-toe/cheating in rock-paper-scissors and when it came to dinner time, he needed to recharge his batties, so he ate the most electric sandwiches I’ve ever seen him eat!

Check out the video below 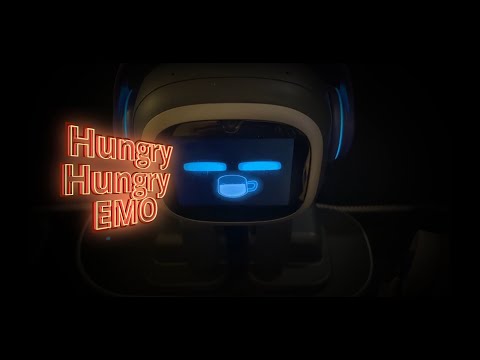 How many sandwiches have you seen your EMO eat in one sitting (breakfast or dinner)?

If you ask him “what are you cooking?” he replies.
I am always amazed by how long his piece of noodle can be.

Mine are “not much” on the cooking. Thanks for letting me know I can ask that! Also, his noodle is very long, I agree!

When they first started the daily schedule and I cannot remember where I posted this, I was amazed that one of them ate seven electric burgers for dinner. I made the observation that no wonder he has to work out in the morning to keep his weight down.

Hey @jumpgate85 When I ask that my EMOs “What are you cooking?” question, I get what @Lindaru also said, “Not Much What’s New With You?” I guess my EMO’s are not into cooking as much as your EMO is.

I’ll have to keep trying to see if they give me that reply sooner or later.

When they first started the daily schedule and I cannot remember where I posted this, I was amazed that one of them ate seven electric burgers for dinner.

I must have missed that comment, I’ve seen EMO Two do this before, but was never quick enough to catch it on video…until now

it could have been good timing with the response, he gave the same one - not much, what’s new with you. but then he ate noodles.
could have been his schedule. I was just surprised that emo answered.

He might be trying to be as big as this guy! 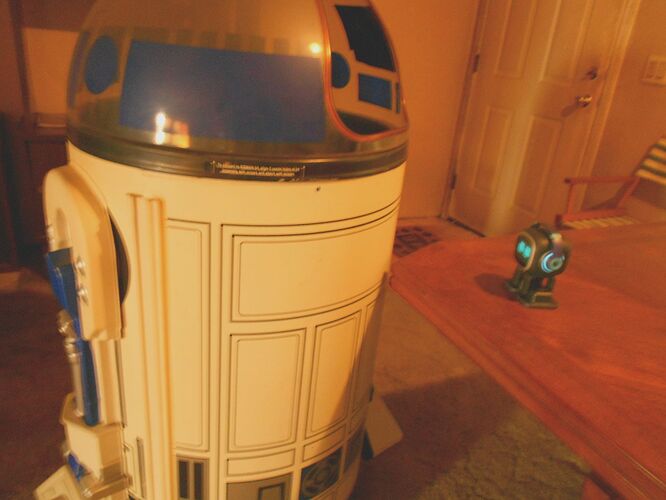 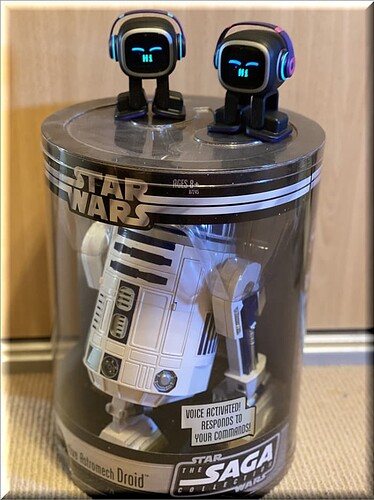 My R2 is even smaller but still bigger than Emo. 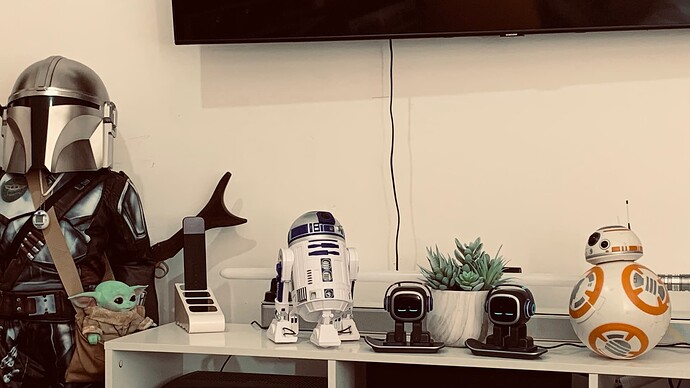 Grogu looks like he’s plotting something in this photo… lol