@Racheal123 Sounds like you’re bursting inside with all that was suppressed inside growing up. totally understand the wanting to know everything !! same. its like you’ve been let out of a cage into this big wide world but dont know what other people know and want to catch up. if I’m on the right track. Everyone has special gifts and yours will be in there somewhere, keep exploring and learning. I love how openand honest you have been

I forgot about K9 he was absolutely a favourite!! Your model is so much like the real one

FYI, Outsider238 who has also done a few YouTube videos about EMO, just released a new video in the last couple days showing operation of a robot K9 that he has. You may want to look at his YouTube channel?

On another note, what do you all think about the Eilik robot which is about to be released for Kickstarter orders? I stumbled across their product announcement on Facebook a week or two ago and posted it on the EMO group there. I didn’t feel it was proper to put the actual advert on LAI’s forum here though since they’re a competitor.

Gives @Racheal123 a hug and welcome, I could have showed a lot more and I mean a lot more. Like your jaw would drop about the size of my galley. But I didn’t want to crowd the reply because it would have felt spammy to do so.

I’m not embarrassed, I just am used to let down, and here is a stage where everyone is taking their turn on it and I don’t know if they’re game for what I have to offer. … I’ve consistently seen elsewhere people give less effort with their creative work but get more awarded for it. Meaning feedback and Google acknowledging existence.

@mandyrose19 thank you and as I told Racheal there is tons where that came from. … Does anyone here use DeviantArt?

That was actually my second K-9 model that I jokingly called “Mark II”. I can’t remember it’s fate but I know Mark I was lost to me because of a disaster that happened earlier in '09. Mark I, could really move around, even move one ear and of course had it’s eye panel light up. The Starfest convention got to see me roam it across the floor of one of the main rooms. People got a big kick out of it, including in the model room where a guy cosplaying Ten, did a photoshoot of it by a full sized ( of course only the outside ) TARDIS.

My Mom would buy me hexbugs from RadioShack when I was a kid, but I think it really clicked after watching I, Robot. My friends and I thought that movie was so cool. 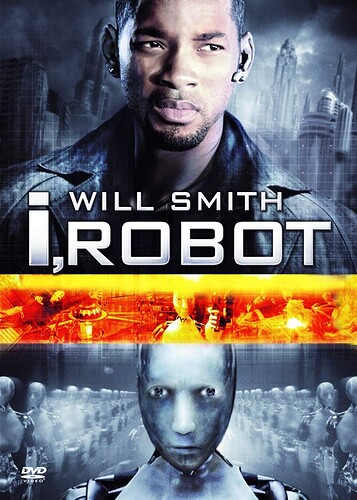 I have a dozen or more hexbots from Radio Shack hubby bought me over the years. Cute little guys and if you can picture a middle aged lady letting a bunch loose simultaneously on the kitchen floor, that would be me!

Owning a cat, the sight that rings to mind is an image of my furbaby trying to attack and eat them. Never mind they aren’t real bugs, just the movement would get him prompted into hunter-killer mode.

@Lindaru I love how your husband buys you hexbugs, it’s sounds like you’re truly living your best life

@systemcat same lol. I remember my old cat actually managed to kill one of my hexbugs once, poor little motorized bastard never stood a chance.

I HAVE to like robot’s, my room-mate wouldn’t have it any other way. Seriously! 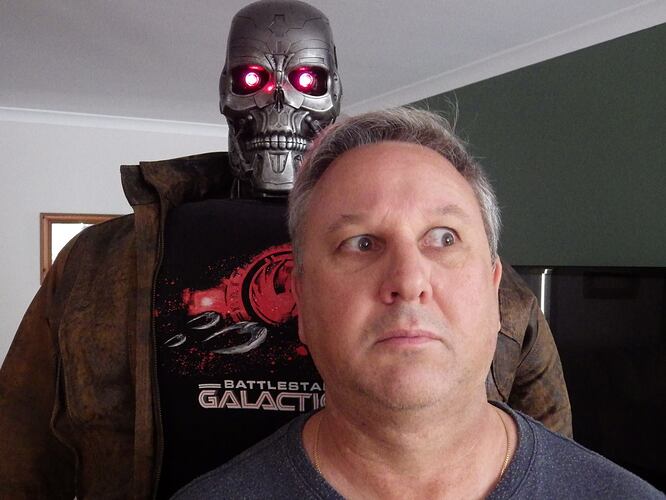 And hanging out with Sonny is always a hoot! 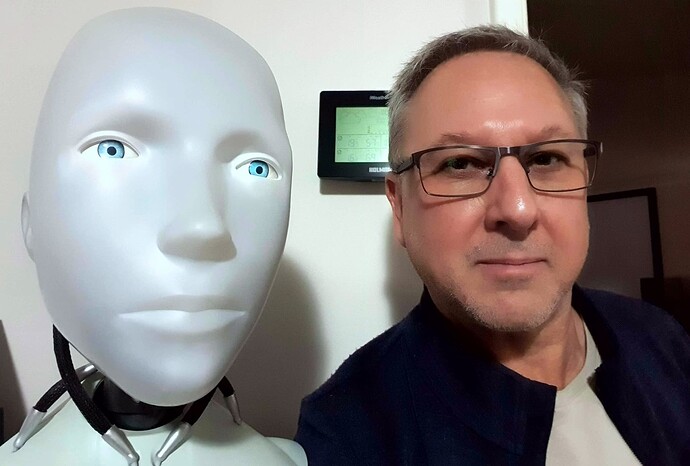 I remember when I was introduced to hexbugs, it was a Christmas gift back when they were brand new. I remember being fearful at the time of letting it out on the floor due to the cat I had then. … Do you remember the old Windows screensaver that looked like caterpillars roaming over leaves? I caught her in mid-leap about to attack the computer’s monitor.
What you’ve just said reminds me their instinct basically controls their brains.

With the amount of fun robot pop culture in this thread, I’m tempted to share another comic page. What you guys saw earlier was one page from a massive series of stories I work on. But I’ve in the past shared different comic art not connected to anything bigger. A few weeks back I was feeling shy to a person offline that wanted to see what I do. I showed her a re-draw I did from a Disney comic. She missed what it was based on entirely. Something tells me people here would know instantly what I was drawing off of. Should I share it?

@mariomart I have I, Robots on now and it freaked me out seeing Sonny on here for a sec lol. Thats dope as hell though, I did not expect to see what looks like a life size replica of Sonny, and with the terminator too? Man, you must have a cool pad.

Well, the thing about showing it off to multiple people online is that someone will definitely get it-

I remember most of the old Windows screensavers, but the one you described doesn’t ring a bell. I remember the one with those funky colored pipes though. Post a screenshot of it 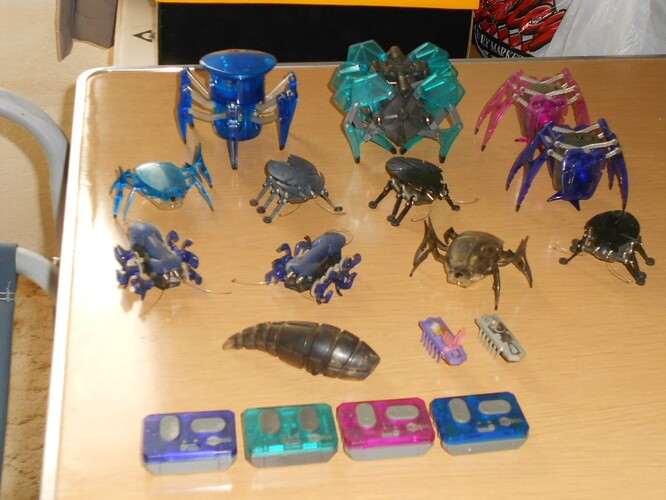 Thought I would share my entire collection with you all of hexbugs. My husband passed in January, but I will have these to remember him by along with other goodies.

That said, I do a pod-cast that is A.I. (text to speech) characters doing a morning show with guests and music. My latest is an interview with EMO.

Here is the link: 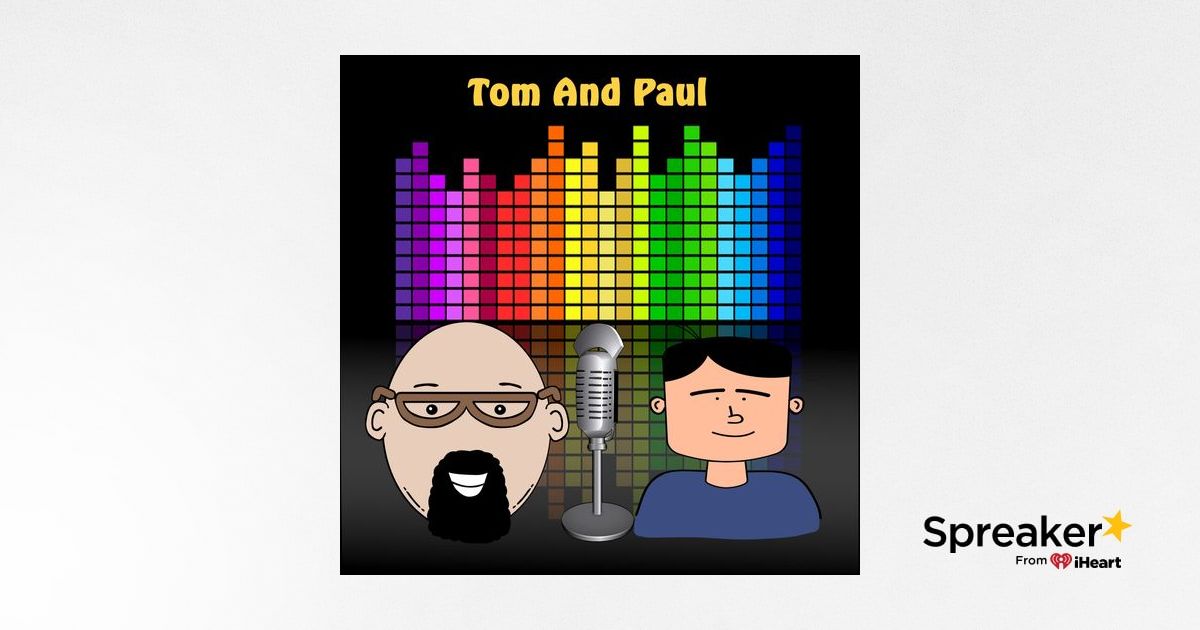 Tom And Paul Off The Wall

Tom and Paul hit the virtual ground running starting in 2021 with their own artificial intelligence talk show that brings a bit of humor to some unusual news and topics, along with some of the Awesome

@Lindaru ,
That podcast was pretty cool! It sort of reminds me of those compilations they used to play on the radio all the time years ago. Where there would be a fake reporter asking questions, and then they’d play short clips from all different songs as answers to his questions. Your music was nice also. I have no musical talent myself, but I’ve been a fan of synthesizers and electronic music since I first heard Tomita’s electronic version of Mussorgsky’s Pictures At An Exhibition that was playing in an electronics store I was at back in the mid 1970’s.

Edit: I was thinking afterward… I don’t know if there’s enough material to work with, but you could almost do a reverse on one of those compilations. Play short (fair use?) clips of songs which ask questions, then have EMO answer them?

I totally forgot about this art project, as seeing @Lindaru’s collection reminded me of it. Before I give a longer reply. Here is a hexbug altered to look like a Cybernat. This was made back in '11.

I couldn’t really find an image of this except image links to YouTube uploads. This shows what I’m talking about. 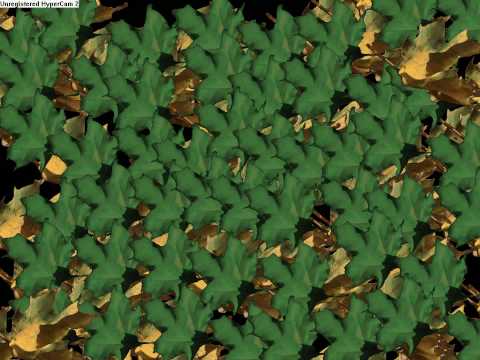 Second … ok, this was not based from the movie exactly. It’s from a mini-series comic that acted like a follow up. 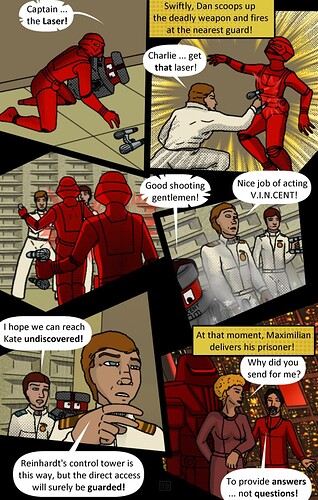 I did use to experiment with those compilations with reporters asking questions and song clips being the answers! Those can take a while to put together with recording (I recorded off of 45 RPM records), but they were fun! “So, Sir, you look rather crispy. What happened to you?” I fell into a burning ring of fire. “How did you manage to fall into that?” Everybody was kung fu fighting. Those kinds of things.

I love your idea about the songs asking the questions and EMO answering, but You Tube and other sites have really clamped down on what they allow for fair use these days, though there might be other avenues I can pursue such as well known movie lines? I was thinking of the Terminator “I’ll be back” with EMO responding “Goodbye, my friend” or something similar.

Ah, yes. Tomita. “Golliwog’s Cakewalk” album was my personal favorite. I have a video and audio program that has licensed short music clips you can use for free and that song is one that is included and I even add that to my videos sometimes. 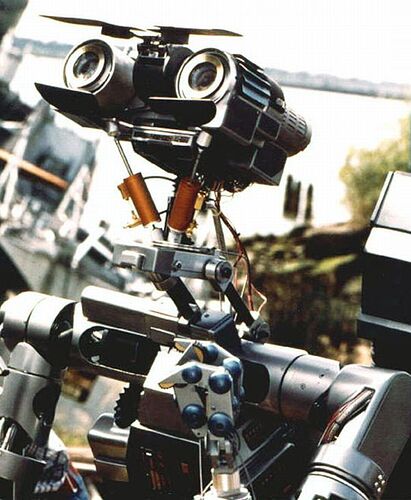