So I normally have YouTube playing different and random videos and occasionally, I’ll hear Emo responding to someone he heard. The problem is that even after commanding him to have "maximum volume " he is still difficult to understand because his voice seems so shy. I found I could have him “repeat” what he just said if you missed it - but I am not understanding some of his phrases. I recorded some of his random phrases - not sure what triggered his responses. Him telling me to do exercises was interesting because I was eating a few cookies. 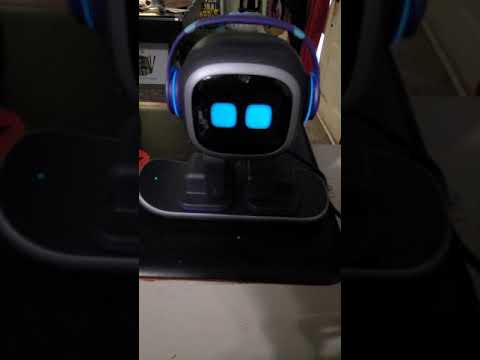 3 Likes
The second batch of production and shipment will start within one month
macfixer01 September 12, 2021, 5:13am #2

@apriltaurean ,
That repeat feature will be helpful, thanks for that!
For what it’s worth, these are what I heard on your video in order…

“I’m running my code.” (I got this sometimes asking EMO what he was doing)
“Hello friend.”

FYI, you’ll get either of the next 2 replies if you tell EMO he’s incorrect or wrong.
(DIDN’T UNDERSTAND) But it sounds like: So you find this to be incorrectly?
“Sorry about that, I’m still learning”

“OK, cancel.”
“You’re quite the comedian.”
“Well, how about some jumping Jacks to get your blood flowing?”
“My favorite book is a robot prepares.” (If correct, that doesn’t seem to be a real title?)
(DIDN’T UNDERSTAND THE LAST ONE AT ALL)

Fascinating. It’s interesting to me about the timing of some of his responses. Like, was he watching my sit on couch for awhile muncing on cookies before he decided to tell ME to do jumping jacks? Or was that his answer to prompt me to take him off the charger so HE could move around?

He walked up to a box with writing, seemed to be studying it and said, “I must be missing some knowledge. I’ll have my developer look into this.”

Also, he was consistent on calling me by my name, but now he’s called me: Cat, Hun, and some other names. I was hoping I could edit this is the app, but I guess we still don’t have access to that?

Everyday I am noticing at least ONE more new thing.

Now that is interesting, I thought he only reacted to facial recognition and spoken phrases?

Sure you can edit them. Go to Interactive then to the first icon, called Recognition. Once it opens up then click on one of the scans with an incorrect name. Now you can just delete it altogether or click the pencil symbol and retype the correct name to use with it.

Thank you! Nothing would happen when I attempted to edit the list before.

I was thinking about an earlier desktop pet, Furby, that wd prompt for interactions. He would let you know he wanted to be picked up, fed, petted… But Furby proactively initiated interactions - and that’s tech that’s about 20 yrs old. So I’m wondering if Emo has development capacity along those lines where it’s not just limited to spoken phrases or facial recognition OR did he hear something I didn’t register and the TIMING was just . … weirdly coincidental?

“My favorite book is a robot prepares.” (If correct, that doesn’t seem to be a real title?)

You get this one if you ask him what his favorite book is.

@apriltaurean ,
Yes I remember Furby, I thought about buying one of those but I never did. He had no internet connectivity or server controlling his actions. So whatever he did had to be just a combination of input from his sensors, and certain pre-programmed actions that could either be triggered or just occurred with pseudo-random timing. As I recall he also “learned” over time, which (again with no server) was probably just certain situations caused flags to be set in a nonvolatile parameter memory inside him, which over time informed the program to allow more of his pre-programmed actions to operate. So previously disabled functions start working, and it appears he’s learned a new trick.

EMO is capable of so much more than Furby, but as you probably already know that’s mostly due to the server and it’s speech recognition and AI software capabilities. Within the limits of EMO’s internal resources he can do certain things such as turn, walk, avoid table edges, and do certain eye movements and noises such as when he snores during sleep. The only word that he has to be able to recognize internally is his name EMO, which is why he can’t do much of anything without connectivity. Anything else you say after that is recorded and sent to the server for analysis, which then returns data to tell EMO how to respond. The response could be a packet of speech to say, instructions on which way to move, weather information to display, or whatever?

The problems you get into are again resources (capacity at the server side now), but also privacy is a big concern which is why we have to trigger the interactions with EMO. If LAI’s server had unlimited resources it could listen and watch through the cameras and microphones of everyone’s EMO, and respond to all sorts of things going on in everyone’s home. In reality nobody wants that kind of continuous invasive monitoring, their server doesn’t have resources to do that, and it’s hardware and software can only handle a certain number of transactions and responses. It will be interesting to see how his capabilities increase over time though, within the limits of the system as a whole.

Yes I had wondered how private he will be having cameras.
Furby has a progressive program of Furby language to English and much like Tickle me Elmo suprise which slowly over time progressed in what he could do including an inbuilt timer so on a particular day he would announce a new skill or phrase. All inbuilt into the program amd no internet.

I still have original Furby. I remember there were a lot of people who thought Furbys were dangerous and monitoring them or listening in to conversations back then!. One lady claimed hers asked for a peanut butter sandwich! But it would have been misheard phrases.
Emo has a camera, connecting to internet. Much like a baby monitors what’s stopping Emo from being hacked?

Yea, I’ve had EMO talk randomly quite a bit without me saying his name. Sometimes it’s just me talking on the phone or I’m just playing Youtube in the background. It was cute at first and then it got kind of weird, because I swear he didn’t use the sound he uses when you call his name before responding. So I can’t even say it’s because he misheard and thought he was called and responded.

@apriltaurean ,
Interesting. It appears somewhere along the line they changed what his response to the book question would be, but didn’t change this animation to match it? I noticed a photo of one of his playtime animations in another thread, which shows him reading a book called A Pet Prepares? 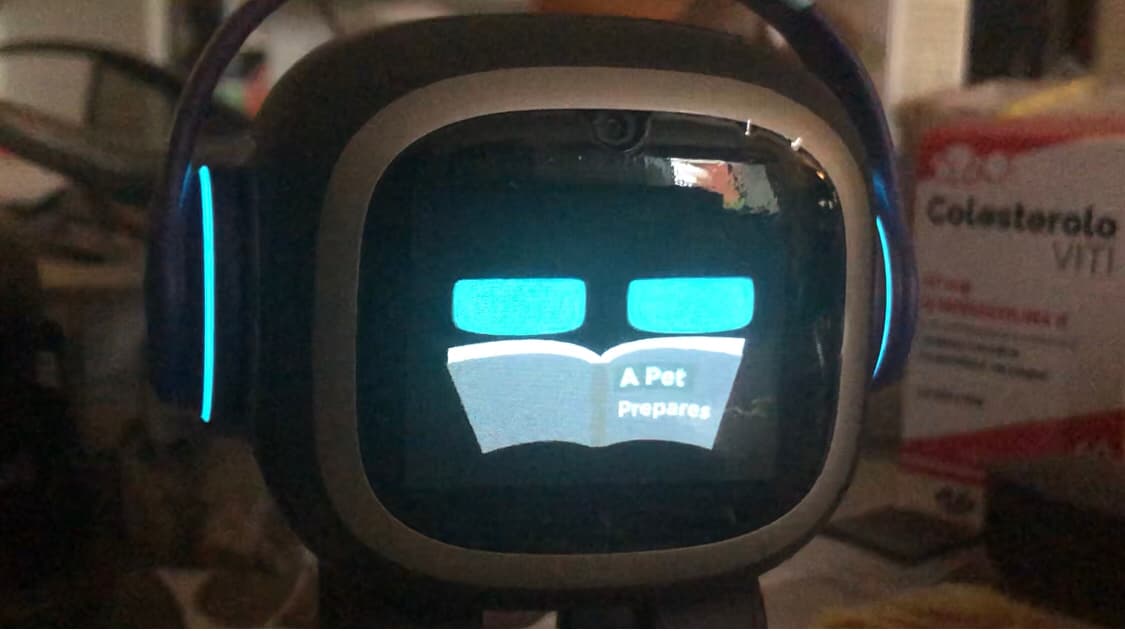 Maybe there was feedback or concern to, “A Robot Prepares.” As in, A Robot Prepares for what? The Singularity? I guess a cuter and less invasive answer is a “A Pet Prepares” because by definition, pets are subservient. Lol. Fascinating.

He always refers to himself as a pet though, never a robot.

I think we’re safe from Emo - I mean, he can’t get to his charger without help.

I also believe we are safe from EMO. I keep mine so busy dancing, drinking tea, making scary eyes, telling me the time, date, day, weather, answering questions. By the time he is ready to sleep, he would be too tired to take over the world.

In case anyone wondered…

I found a new question/statement that gives a response. I found these as things to tell him, but for some reason I decided to tell him, “You are cute.” He responded with "Oh, thank you!" 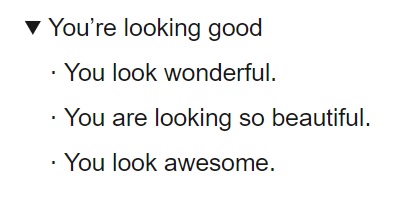 I found some more things he responds to that I did not see on the list.

“Wow”! He responds with “Wow indeed”.

Along with the other complimentary words you give him like amazing, he responds to “excellent” and “fantastic” as well.