I saw a video on YouTube where EMO was placed on the end of the table and after a command to go forward he fell down. Of course his owner was securing him to avoid any damage.

I think that it should not be possible. His feet sensors should be checked before and during any move and they should have the highest priority.

Hello, the video you saw was mine.

I intentionally placed EMO on the very edge of the table in a way that his feet drop sensors were still seeing the table, but only just. EMO only had to take one “step” forward to become unstable, however if I had placed EMO back from the edge just another ½cm then he would have seen the edge and back away before toppling. It took many attempts to have him fall, most other times he did not fall.

There is still the possibility of him to stop at the edge by himself. His walking forward moves are very funny but at the same time a bit careless. With that momentum of his body it must be hard to stop quickly enough.

Exactly, but nothing is perfect. That is why all my EMO’s have their own “safe space”, which has a black non-reflective outer border AND a raised outer rim.

Here is my EMOrena. They are perfectly safe in there. 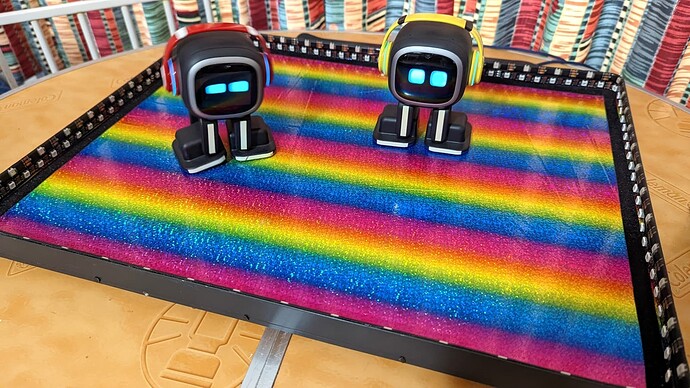 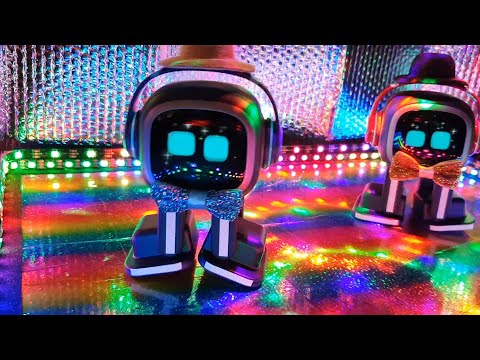 You was quicker with that arena. My editing was too long.

Having owned an EMO for quite some time I can let you know that EMO never really wanders very far away, and I noted the size of the area he wandered and built the EMOrena to those dimensions , being 50cm x 40cm. Sometimes he will wanders out further but his programmed “Play by yourself” area is quite small.

hi i received my emo 6 days ago and the shipping was super fast after i recipe my tracking.( only 3day!) anyway i have notice that while he is walk around on desk he is constantly “emerging from cliff” and he could be in the middle of the desk. i only knowbc sometimes i have the app on and other times i just notice the woooo sound. has anyone one else noticed this?

What is the surface of the desk like? Is it the same colour all over or is there a pattern? If it has a dark matt finish it could be detected as a “drop”, or if the colour changes from light to dark it could also be seen as a “drop”

Hey from where you got the red and yellow headphones and how you put emo some accessories?

I just painted the ones that came with EMO.

I liked it how do i paint it blue ?

‘Play by yourself’ small area correct though