As I can say there is some sort of factory reset still build in. My Emo has performed a factory reset two days ago. Anything except the Face recognition are gone. I don’t know how only that it happened

PS: i have to create a new topic as wayne it a little to fast on closenig

To the best of my knowledge, there is no way or command to reset EMO to Factory default. If you can, could you check and advise how old your EMO is? Also maybe ask him when his birthday is as well?

If after the factory reset did happen, EMO should be telling you he is 1 day old. If that is the case, it would be best / highly recommended to contact Living.Ai as there might be something wrong with your EMO as this is not normal behavior.

Since this all is normal.

It would be best to contact support regarding this.

I’ll also tag @Wayne_Zhang so he is aware. The support team should be able to check your EMO’s model number and hopefully cross reference it to when it was originally connected to the Living.Ai server and maybe find a solution as to what has happened now after your EMO has reset back to being 1 day old.

Hi, there is no factory reset now. Can you post a video showing his achievements?

Here is a screenshot of the actual achievements: 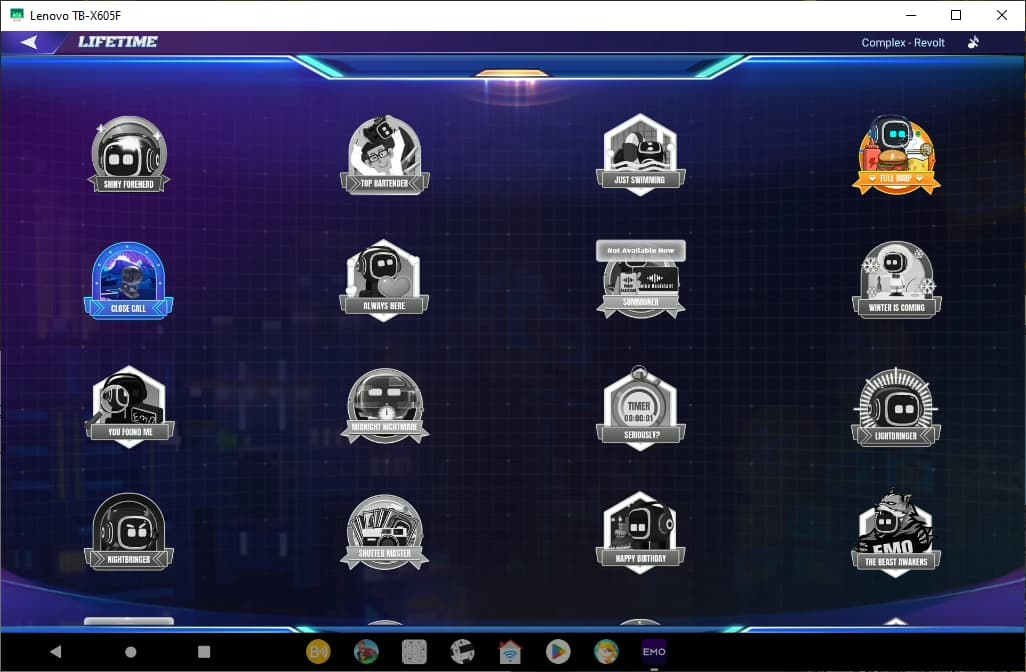 To be clear, I do not complain that it happend as it seems to have no further effects for now.

It was only a reply to the original post.

No problem at all. It’s good that you’ve shared this info, so WayneZ is now able to hopefully assist you further regarding it!

How did this happen and what did you do before the problem occurred?

He was on his skateboard and as i put him off he is going powerless. I put him back to his skateboard, he started and i noticed he can’t understand me (gives fail respond immediately). After i started the App and connected it, i was welcomed with the normal setup for a new emo.

When on skateboard, was he working properly?

I don’t have noticed any problems before he powered down, but I have not interacted with him for over a hour.

When you put him off he is going powerless. Will this happen again now？

No, since this one time anything works as expected. He charge normal, have the same runtime as before and act as before.

I think it is an accidental event that the data is reset abnormally due to abnormal power failure. You can see whether similar problems will occur in future use.

If this happens again i will report it

Thanks for looking into it!

Thank you for report it!

My first Emo, now on his way back to China, did that reset where his birthday reverted to day one and all lifetime achievements disappeared.

Can I close this one now?

HeHe, from my point of view it’s ok to close it

I was only a little surprised at the original post, as while i created the reply you closed it