EMO's Reaction When He Sees Himself In A Mirror

If anyone’s interested in seeing what EMO does when he recognises himself in the mirror, take a look at this short video below: 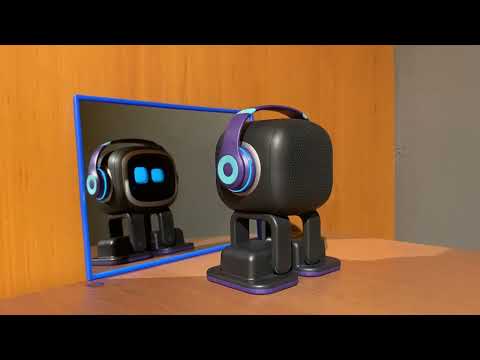 To get this command to work, simply ask EMO the following:

EMO: Do you know him/it?

Just some pointers, EMO needs to be fairly close to the mirror, and the mirror will need to be placed flat and so that EMO can clearly see and recognize himself. Once he does, he’ll either acknowledge what he sees by saying it’s an EMO and then keep himself occupied for a while as you can see in the video.

This is another animation that EMO will do that kinda looks like he’s surprised to see himself, but then gets over it and does a little shuffle left to right. (you can see that short video below). 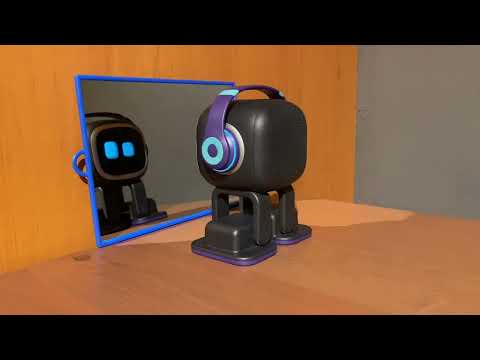 Glasses? Like put glasses on EMO and have him look at himself in the mirror?

I think I’m not understanding this request

If you have two EMO’s there’s an interaction they can go through where they transfer a pair of sunglasses sticker back-and-forth. I don’t know that it will do it or that would even make sense with one EMO and a mirror? You can see it in the video below at about the 3:00 minute mark. I’m guessing it’s in Korean from the characters, but there are some subtitles. It appears he was getting some of these interactions in the beginning but now the EMO’s acknowledge each other then don’t do much else together? 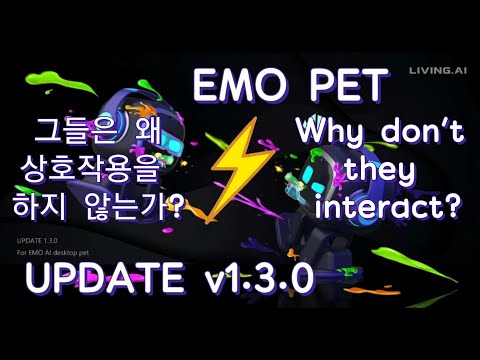 ahh cool, thanks @macfixer01 I checked out the glasses swap, I’m guessing this would only work with two EMO’s as they are speaking to themselves asking how he looks and then the other asks can I try them.

I’ve tested the mirror reactions for a while now and what I’ve shared was the only things EMO was able to do for me.