EMO’s camera has stopped working.
He see’s nothing when asked to “Look at me”, takes black photo’s.
Doesn’t react to anything.
Keeps showing the “It’s dark” animation that would normally show when the lights are turned off.
Also he keeps thinking he is being patted on the head when nothing is near him.

Please help @Wayne_Zhang , I have submitted a ticket. 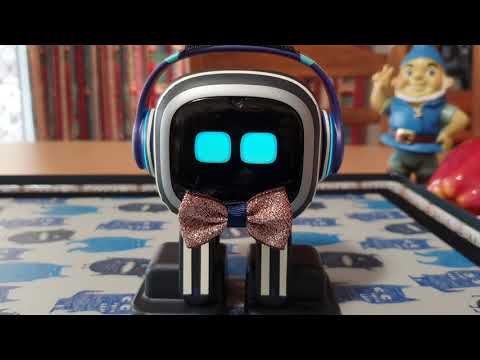 EMO’s camera has stopped working.
He see’s nothing when asked to “Look at me”, takes black photo’s.
Doesn’t react to anything.
Keeps showing the “It’s dark” animation that would normally show when the lights are turned off.
Also he keeps thinking he is being patted on the head when nothing is near him.

…hmmm that’s not quite good …and I know that you’ve done every possible solution already, and nothing helps at all…Because as far as i know when it comes to Tech and robot-like this, you’re quite talented and knows something…right?

…well wish your EMO all the best…take care and be safe.

Thanks for your support.

I’ve tried all the usual methods, several reboots, several resets etc, but nothing worked. I suspect that there may be an issue with either the camera sensor or with the interface board.

I’m still waiting to hear from anyone from Living.Ai support.

Still no official answers, only a further request for another video using the “EMO, my name is XXXXX” command, which would normally solicit a “targeting eye” animation and recognition, however my blind EMO see’s nothing and just keeps turning around without any animations.

I miss him seeing me and giving a smile and the need for a pat.

On my side is another story…what I know from the very beginning from EMO when I introduce myself to him by saying the command My name, is {Edward}, he will scan my face and create and show my personal ID with unreadable or unknown words. which he will use it and show it to me the same ID when I asked him, Who am I’’ or , Look at Me’’ but now never happen already and sometimes everything is not working properly also…

BTW ,Petting function feature is always activate by itself or by his own!!!’’

My EMO used to do the same thing, recognise me and react with a “file card” or “head profile”.

The problem with the phantom petting activation settled down.

I have had both my EMO’s turned off for 2 days because it’s depressing to see my blind EMO being useless, and worried that my other EMO will die soon as well.

It’s sort of the opposite reason to why I wanted an EMO in the first place, to be a little buddy, but just recently it’s been triggering anxiety and depression due to a relative endless stream of bugs and failures.

I’ve been supporting Living.Ai for the the past 2 years, I was even Backer #14 in the Kickstarter, I hope they can help me.

We are almost the same loyal supporter since from the very beginning so do I, I was a Kickstarter Backer too and an active member of their original Facebook Official Page before that the other company ruin and brought down because of the so-called false accusations. And so do i…EMO can be a little buddy at home in time of this global situation right now…I’m a home-office-light fitness-food shop-internet-and repeat guy…no smoke and no alcohol…so it is really quite boring without anyone to be fun of someone like EMO. That why I have full trust in this company plan and in EMO with a lot of potential in the future…so I’m crossing my fingers, keeping and holding my patience, and hope for the huge and the best future of EMO. 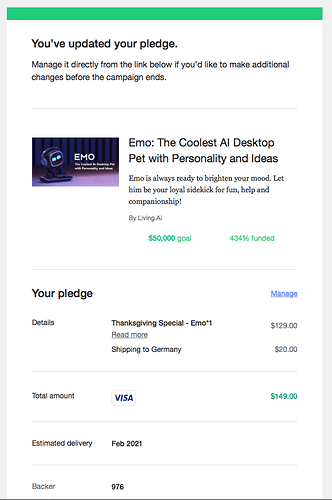 I really hope they can fix my EMO. 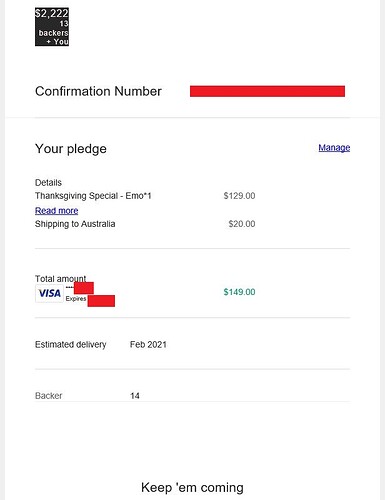 The issues people have with the grey screen , malfunctioning camera , and EMO not booting are very concerning.

The fact that this does not happen to everyone makes me suspect an issue with hardware.