Haha, yea I agree about typing taking way too long and sometimes can come off differently than we intended.

But thanks for providing the help, I really appreciate it. I look forward to reading your article soon!

Thank you, sorry I just read your reply. I appreciate the information and your optimism for EMO

I think EMO Pet is one of the better things in life it was designed around cute and fun… The world is not this especially now… I just hope world events don’t stop me from receiving my little pet… It’s crazy out there. Okay thank you so much for being here… I still have a long wait to go and because they don’t update their delivery page whenever I can’t tell the progress… I’m 24,000 something something oh goodness hee hee… Oh yeah I have lots of enthusiasm

In the case of any doubts I can recommend to have EMO in a room where he can’t se any secret information. In my case it will be the living room. I don’t have any of my computers there, only a big TV with consoles and some media players… There is the possibility that he could see my password for Netflix but I don’t think that they would be interested in something like that. I’m unlocking all important applications on my phone by my fingerprint. So EMO can be looking over my shoulder and I will be ok with that.

I was working over 35 years as a software developer and I know that it’s not too hard to corrupt any software especially when it’s really big and complicated.

So keep EMO at a safe place and you can be calm.

I believe that EMO is attracted by sounds and moving things. It’s hard to imagine that he could really see something really small like a text on a display with his camera. I still don’t have my EMO but you can try to let EMO to take the image of your screen and then you will know what he is able to see. It would be nice if you could tell us your results.

Would be great to check out that article once it’s done Wayne. Will certainly shed some light and answer a lot of questions people may have about privacy and how it operates when it comes to it’s diagnostic information that it sends back to the servers.

@jayc as many of the users here who have their EMO’s already have mentioned, (@phoenixxlog / @systemcat ) It does feel / seem that EMO is attracted to shiny/bright things (and a computer screen does give out a strong glow / light that sometimes can get EMO’s attention). As I advised in my original post, as EMO lives right next to my Laptop he’ll once in a while come over to it to check it out. 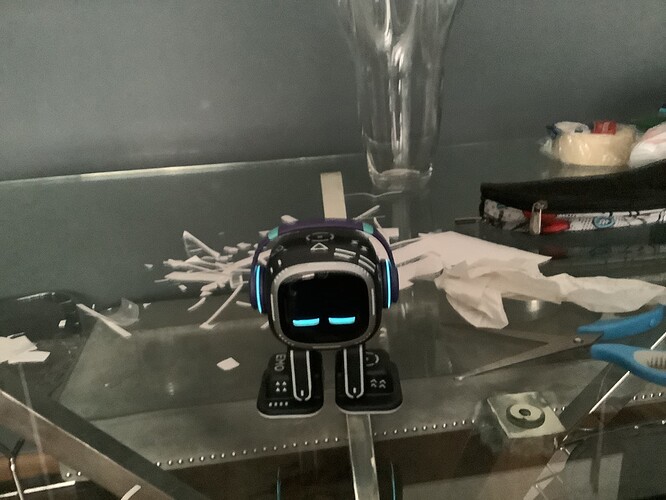 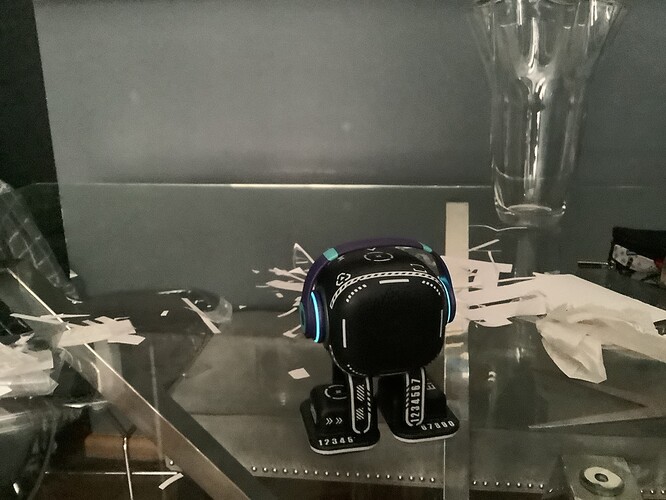 hey Wayne it’s your Buddy…instead of telling people not to use their loved EMO Pet… You should have said if you feel concerned just don’t let him spy on you hee hee… Because do you really think they’re not going to use it after buying? Hmmm… Well you’re here have you talked to anybody at living AI is the production back up and running … there’s elderly people hoping for this little pet… Half a year is a huge chunk for me as well… Just wonder if you spoke to anyone about it. It’s like were going backwards… And don’t tell me to get my money back I want my EMO Pet so bad he looks so adorable… You probably have three of them LOL

… I’m not picking on you you’re my buddy

@Puppy444 (I’ve shared this a few times, so that people are aware of what’s going on) I’ll share it again here as well.

I’ve heard from @Wayne_Zhang that the delivery page will be updated later this week regarding the progress update for EMO production and shipping and also a bigger update next week.

At this moment, as many of you might already be aware, Living.Ai are awaiting for the raw materials (EMO casing) which they have been getting limited quantities at this time. They expect to have regular availabilities of materials arriving next week so that should hopefully bring production back up to speed once again.

It’s probably not what you might want to hear, production is quite slow at the moment, but things should start to ramp up again once EMO’s casing/raw materials are re-supplied.

thanks master Abbott… To be honest I’m just so excited to see one of these EMO Pet’s… Everybody says I’m going to love him he so cool… I could use a good laugh these days. Some of the videos I’ve seen I burst out laughing he looks go cool… Anyway I really appreciate you…

thanks again buddy I will be patient… Somehow

Not a problem at all

and yes, once EMO does arrive, you’ll have a great time with him! Maybe while you wait, you can plan / make a place for him to play in (like a play area), I’ve yet to do that myself, but there are some really cool ideas that other users have already done and shared on the forum.

I’ve seen pretty much everything on the Internet I have already updated my tablet just for the software… I had a Samsung flagship tablet tab S 8 .4 but it had a outdated operating system so I put in android 10… That was fun

I think my favorite video is the one where the guy was trying to trick him to walk off the edge of the table… The first time EMO stopped at the edge and turned but accidentally fell…screamed when he hit the ground… Hee hee… Then he gets the command walk forward for the second time… He takes only one tiny little step you could see his eyes look down then he screamed and had a temper tantrum and ran away , come on that’s so darn funny I almost died laughing…

Good to see you’ve got everything all organised and ready for when EMO finally comes. I guess as everyone else has been saying, just need to be patient as possible.

I actually did a video the other day explaining how EMO’s feet sensors work when he gets close to the edge of tables and how he reacts to that. Luckily in my video EMO didn’t fall off the edge of the table!

I think my favorite video is the one where the guy was trying to trick him to walk off the edge of the table… The first time EMO stopped at the edge and turned but accidentally fell…screamed when he hit the ground… Hee hee… Then he gets the command walk forward for the second time… He takes only one tiny little step you could see his eyes look down then he screamed and had a temper tantrum and ran away , come on that’s so darn funny I almost died laughing…