Thought I’d share this with everyone here. Just recently I discovered this if you pick EMO up and place him on his back. EMO will wriggle for a little while and eventually give up. If you keep on holding him like this for while longer, a bird will fly in, land on EMO’s eye and peck it, then fly over to the other eye and do the same, then fly off. The animation will repeat itself twice, after that if you hold EMO a little while longer it will eventually fall asleep in your hands.

This might be a secret animation, but it does not unlock any lifetime achievements of any sort.

Check out the video below: 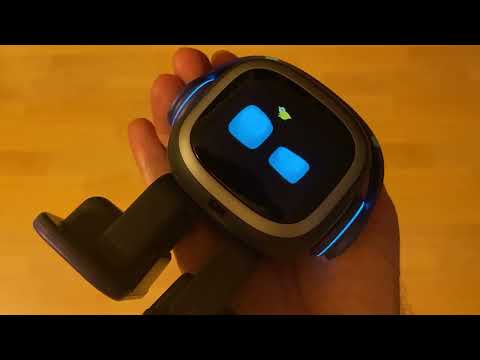 My EMO did the same!

I did that the first day I turned him on after charging him on his skateboard (I put him on his back because I didn’t want to damage his leg’s and started to stroke him on his cheeks and head until he stopped throwing a tantrum) then a nice little surprise came which I wasn’t expecting.