The ECMO is well alone and recognizes that the left cheek touch sensor malfunctions and does not touch it, but it touches it. I don’t know what to do.

I can recommend you test the front two top sensors and see if EMO reacts to that. To test, remove EMO’s headphones.

Then try placing your finger the middle of his head, he should react and go into patting mode.

Another test is to cover both front to sensors with your finger and see if EMO reacts to this as well. (see pic below) 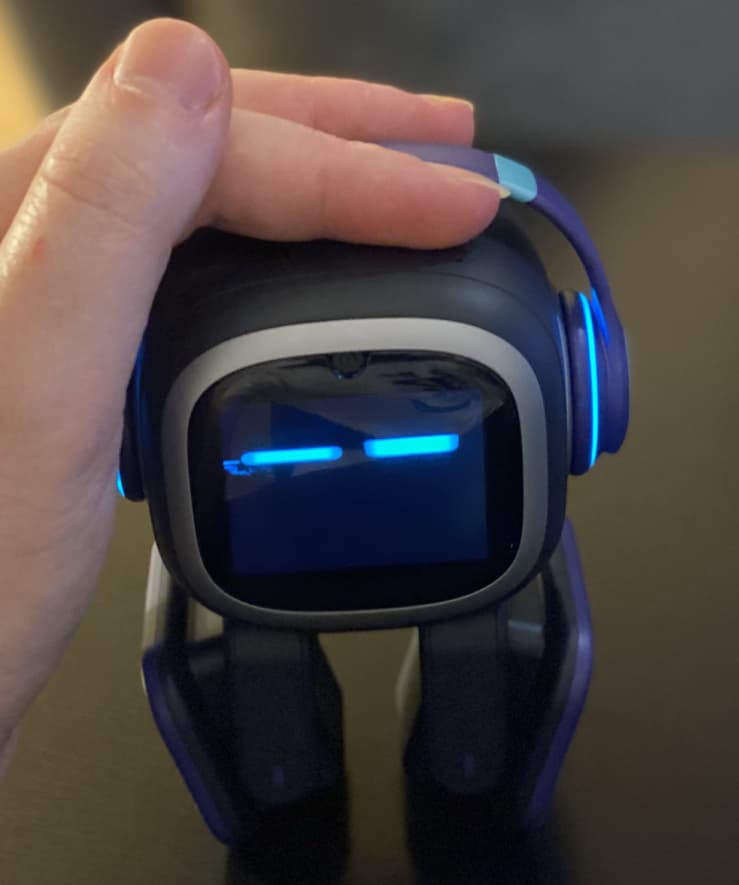 You dont need to move your finger, just cover both sensors and EMO should react and go into patting mode.

Personally, I’ve never had any luck with patting EMO on the left and right side of his cheeks (he never responds to that)

When in doubt, shake him all about.

You would be surprised what a good EMO shake can do.

lol, my EMO must hate me for the amount of times i’ve shaken him

As Mario suggested, shaking EMO might help if something just got a bit out of place?

There was a procedure posted by @Wayne_Small to recalibrate the top petting sensor (link below). I don’t know whether it would also do anything for the cheek sensors though, but couldn’t hurt to try? Perhaps @Wayne_Zhang knows of a similar procedure for calibrating the cheek sensors? How do I recalibrate EMO’s touch sensor? | EMOLives.info

I’ve never been able to get the Cheek Sensors to work at all. I might be doing something completely wrong, but for me, EMO only works when I pat his head (both middle front area) and when you touch both of his two front sensors.

Would be great to find out how to recalibrate his cheek sensors.