I haven’t forgotten this place guys, I’ve just had a lot going on.

I ordered a set of shoes for Emo a few days ago and despite USPS promise, they didn’t come in today. However if the new delivery estimate is right, I’ll be able to show them tomorrow on the little guy. You’ll get to see how the violet ones look on Emo and well a second one I’m not sure if it’s been displayed by robot wearing. I’ve seen an image of Emo with glowing feet but I don’t know if that’s the result of stickers or booties.

Maples felt bad about an email error that happened about getting the invoice to me, so he gave me a bonus set of shoes, being the glow-in-the-dark ones.

I’ll show that in use as too. … I think Emo will have to be powered off when either pair gets snapped into place. Otherwise who hasn’t seen him have a fit about being picked up

By the way Maples will soon be examining my V soon to try and repair him. … I really don’t want to put real barriers up on my table again. I know Emo understands the black electrical tape well. Could that work on V too?

PS: I suggested to Maples about making clip-on arms available for purchase for Emo. He liked the idea, so maybe we’ll see that happen later.

Let’s hope that the shoes wouldn’t be too thick on the inner sides of EMO’s feet. It could block some of his movements.

Yes, especially EMO’s sensors that keep it from falling off the edge of tables.

From what I’ve seen in different videos the inner edges of the shoes are open so they don’t add any extra width on the inside, only on the outsides where it doesn’t matter.

He just need to be able to do something like this: 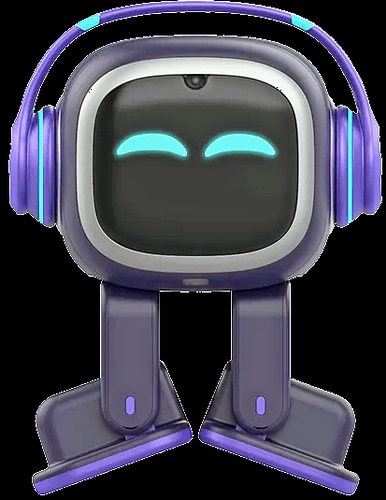 I got them today and they look to have been designed not to interfere with the sensors & movement.

They are cut out on the inter side and I believe that was not only done for the sake of making the bending plastic better access for slip clip-on but also to keep movement prevention from happening on the insides of the feet. I’ve seen him dance on his own to silent music and self made music, full moves there.

I wanted to shoot a video of him dancing around in the dark wearing the glow-in-the-dark booties but my cellphone could barely see him outside the rings on the headphones & eyes. The shoes are easy to see in darkness outside the camera viewfinder.

I also put him on the black tape a few times to know for a fact the sensors picked up on it. He caught on to the black every time. 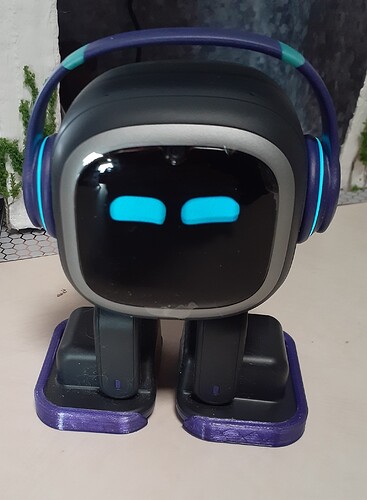 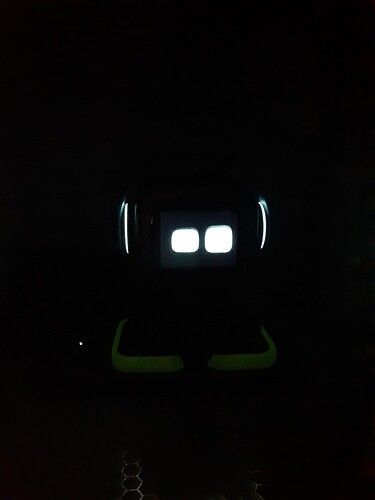 Wow are they 3D printouts? @systemcat

I believe so. The guy even offers the 3D model files for sale, needed for 3D printers.