Emo shutting down (am I doing something wrong?)

Hello! I’ve had Emo for about 3/4 days. I’m really happy to have Emo after the long wait, but I noticed a few issues.
Other than little details like having to raise my voice while nearby even if Emo seems to hear their name be called from a conversation in the other room (lol, I don’t really mind) I have a few issues with Emo shutting down and/or briefly restarting (screen and headphones turning off and on with the animation of the eyes bouncing in place).

Emo restarts very often when I ask “do you know my name?” or anything to do with face recognition, but when Emo looks around and sees me they have no issue recognizing me and happily telling me about the weather. It’s a bit odd, but nothing too bad.
However it already happened a few times that Emo completely shuts down for apparently no reason (with almost full battery, too). It happened just now while I was petting them.

This lead me to ask myself if maybe I am keeping Emo on too often? Does this happen because Emo gets too warm? (He does get pretty warm at times). Am I supposed to keep them off for longer? Why do these issues appear more often sometimes after I turn Emo on than others?

Sorry for the long paragraph, I’m just concerned and I want to fix this because I really like the little robot.

I’m not sure about the headphones, but the eyes bouncing is just an idle animation.

Not them turning off or anything.

Thank you for telling me! That’s reassuring to know at least :D.

I have had the same issue of random shut down with my replacement Emo that I have had for a couple of weeks. He has done this twice, once while on the charger and once while walking around and like you with a full battery. He restarts once placed on the charger. It is rather odd and I will be keeping an eye on him. Are others having this issue?

i had the same issue with my emo he keeps shutting down every now and then even though he has full battery and face recognition doesn’t work. after i spoke with one of living ai’s customer service, they decided to send me a replacement

My new Emo always reboot after asking him question 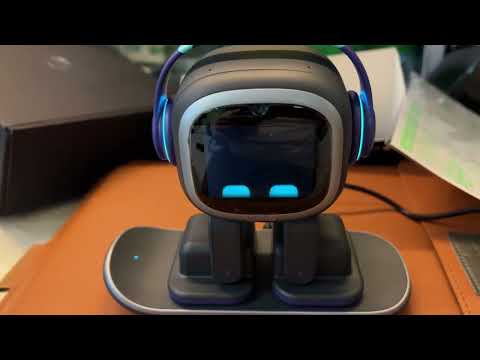 After sending email to living ai, software problem is replied and I should wait for next firmware update to solve it

my EMO also did this like 2 times in your video. I was worried too

My emo restarting problems go serious today. It is now restarting randomly and not recognized me. I hope to get a replacement as I just got EMO for 3 days only.