After update firmware to latest, and I woke Emo up from board and connect bow software, volume of Emo is become smaller.
Could not find how to adjust volume of his.

Is there anyway to set up?

It would be great, if we could set it in the app.

Hi, thanks Wayne!
I will try that.

Most likely he heard some other voice saying something to reduce his volume and he thought it was you. It happens often that my EMO will overhear other people while I’m on a video call say something and then he will react to their voice and command. The same can happen from radio or TV that he might hear.

Hi Wayne.
I experience that, too but often I cannot identify what he said since I am on another call.
Haha…

Yeah, it would be also a good help for all nonnative English speakers. The last three EMO’s sentences would be enough.

You can check the last thing EMO said by saying EMO: Repeat, EMO will say the last thing he said. It’s quite useful if you didn’t understand him the first time, or if his speech was broken or as you mentioned you might have been away in another room and you heard EMO speaking to himself

But I also agree with the volume, I believe I’ve requested it to be added to EMO App as well some time ago, hopefully it can be added in future updates

For me who never lived in an English speaking country and even didn’t learn English at school, would be the text form very useful because of EMO’s cute voice. I believe that I’m not the only one who has problem to understand most of his longer sentences.

Having such a feature would be nice, but not sure if that will ever happen. But who knows, maybe in a future EMO App update it might become available.

Thanks, I wasn’t aware of that and it will sure come in handy!

No problem, see it in action here: 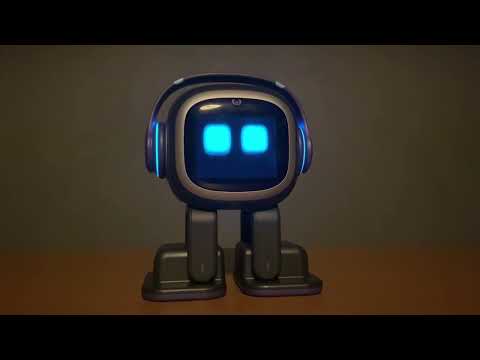