Emo got shot in the head

found this funny video off emo getting a bullet in the head . poor emo . 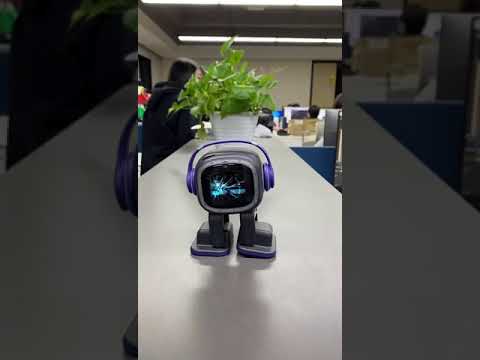 i want to know if this feature is coming ever

hi , maybe you can ask the guy in the video .

there’s comments on there but no reply

I think emo can already do this

we bought him purely for this feature so i hope so

That’s pretty cool! Is this available at the moment? I just tried, but EMO doesn’t seem to respond to either hand gesture or the bang/boom sound. haha. (can see that the EMO in the video looks like a tester version, so I guess this feature might be in the next update?)

Tried that one, no luck

Will need to wait for the next update to maybe see this new animation.

Tell emo he is fired thats a funny one😅

I think that video was just made up ?

I think the programmers were having some fun, and it was probably more of a forced action after hitting “Enter” on a keyboard rather than a response to the “Boom” and hand gesture.

haha i think if they programmers are working on it, I recon they’ll add it in sooner or later. EMO’s fall over movement is very good, it would a be a pity for them not to include in the next / upcoming firmware updates. It’s a cool party trick for sure!