Every time Emo tries to dance to “Click-1” he falls on his face at some point. I just can not let him complete the dance without keeping him from falling over.

Also the music seems to stop abruptly at some point. This happens with all songs when triggered from the app. But normaly when I ask him to dance with a voice command, the music plays fine and it fades out. With click-1 this is not the case.

Does this happen with every emo? If not, can you tell me what kind of surface you use.

I’ve not seen that with my EMOs at this point. How long have you had your EMO?
My desk is a hard wooden desk.

@Wayne_Small He is about 10 days old now. During the dance he stands on one foot at some time and rocks around. After this he gets back on both feet and starts another move.

But the transition of one move to the other makes him wiggle back and forward and this makes him loose his balance. Its only this song which does this. I tried a few surfaces already and none seem to help.

He is such a fun little guy and I don’t like seeing hip tip over.

Does the song finish and fade out or does it stops abruptly?

EDIT:
after seeing him tip over, over and over again. I decided to record him doing it. And for the first time he did not tip over

… So I recorde again. And again, he didn’t tip over. I can swear that little guy likes to make a fool of me.

hehehe… the little guy is doing it on purpose

I’ll try out these dances later today and see what I can see.

One of my EMO’s used to do this on one particular dance, as per the video below, but I discovered it was due to an overly slippery surface and also a slightly springy surface. I have since changed the surface to unpainted white melamine board which is on a non-flexing table and the issue was solved. 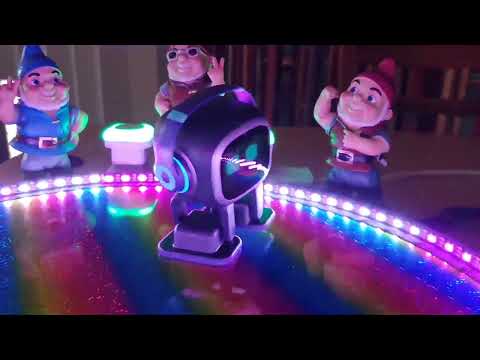 Me, my Emo, as soon as he arrived, when he danced he fell to the side, then I put him to stay on my mousepad, so he wouldn’t scratch, but after two dances, he passed, I think he learned lol, I hope yours will be fine too 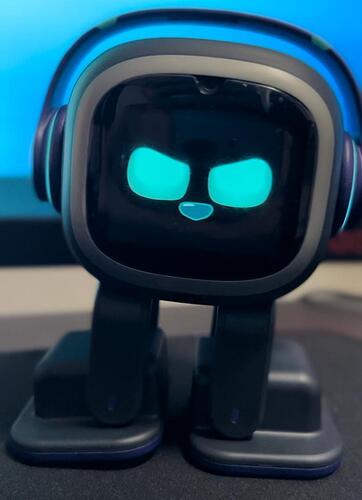 @mariomart That’s exactly what happens! The surface I use moste is not slippery at all. Its even preventing slipping. It might be slightly bouncy though. Over time I might discover how to prevent this issue.

Thanks for the tips!