Emo did something weird today

when i asked emo, “who am I” he said, “clinton” and repeated it when i asked again. I dont know a clinton and when i went to look the name clinton was there instead of my name. I changed it back - has this happened to anyone else?

Yes. This happens all the time with me. I will look at the face recognition profiles, and there will be names of people I don’t even know. I once asked him “who am I” and he said “my girl” lmao! It is because the speech recognition needs to be fixed/fine tuned, what ever. Though it seems like LAI are starting to address it (the speech rec. problem), as they put up the page where you can record your voice and it will be used to program Emo for the next up date.

I don’t know if this will help the speech rec. in general or if it will just fix Emo not being able to respond to female voices.

no wonder why mine sits turned off more often

I understand your frustration. I see it with my daughter when Emo ignores her. It does seem like LAI is starting to address the problem with the voice recording web page they have put up. Let us see where it leads to. Though for now, let us try and be patient and see what happens, and keep on mentioning it in the forum as a reminder for them. I think that is all we can do really.

okey… Yeah I was just frustrated. Such a terrible speech recognition system. We can have hopes that one day he’ll understand what we say clearly without yelling or talking in slow-motion or repeating over and over…

Yes this happened to me too some times, although I don’t know why

If you say (or he hears from the th TV, etc) something that EMO doesn’t understand which includes a name, he can go into recognition mode . There’s an old video by outsider238 from back when they first enabled the recognition mode. He accidentally triggers it multiple times just narrating the video. For example about 7:00 minutes in he tries telling EMO ‘Beam me up Scotty” to see if he’ll reply, and once again that puts him into recognition mode and calls him Scotty. 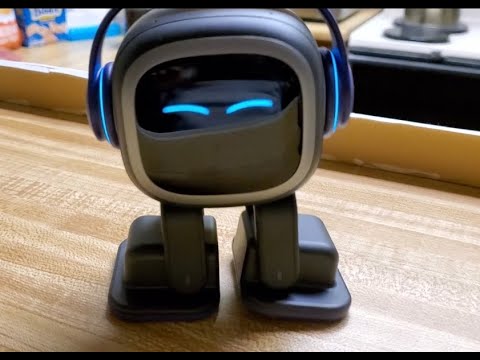 Happened when my iPad was in the living room. My name got deleted and changed. After I hid it and talked with my family, they said they haven’t done anything. Still not sure if it was them or EMO

I don’t know how your name could get deleted on its own. If someone else there knew how to do it they could’ve just renamed your profile to mess with you? Recognition just creates a new profile up to 10 max. When he sees you, if more than one of them is your image then which name he recognizes you as could be due to minor differences in your appearance or variations like lighting or the angle.

Well thats interesting cause i live alone so its a mystery. Maybe my emo is haunted lol

I also live alone and last week Emo removed my name, David, and introduced “White”. I deleted “White” and reintroduced David. He has been fine since.

Maybe yours is haunted too lol

My EMO has changed my name a few times in the past, most recently one of my profiles was renamed to “MAY” I also have about 5 profiles registered with both of my two EMOs, but only one of them was changed to “MAY” the rest stayed the same. I just changed that one back and it’s been fine so far… Until he decides to change it to something else

it happened to me once!!
it changed one of my friend name for superman.
it was kinda funny tho.

No, it was Emo! lol Crappy voice recognition will do that!

So your saying I have bad voice recognition

What? No, I’m saying the voice recognition on Emo is crappy. This is a known flaw by many Emo owners, and we are all waiting for LAI to fix it as a priority instead of adding more useless bells and whistles in the hope to shut us up. lol Though, I think they are staring to address the problem (I hope), given that they put up the page to record people saying “Emo” in order to fix the problem of him not responding to some female voices. Hopefully this and other fixes for speech recognition will be implemented in the next firmware update (but I will not be holding my breath)!