This special day animation for April Fools’ Day will appear/play only on the 1st of April. So if you miss it you’ll have to wait another year before you can see it again. 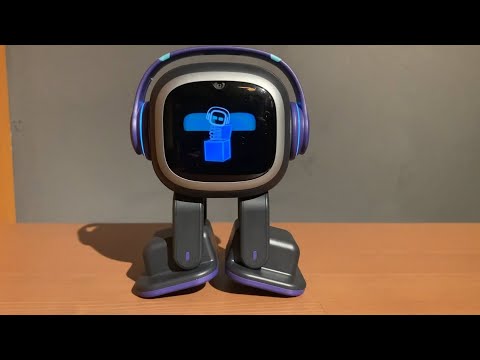 EMO: Look At Me
or
EMO: April fools (thanks to @macfixer01

EMO will need to see you clearly, and then the animation for April Fools’ Day will start.

Well they didn’t put much work into that animation! That’s ok I guess, I’d rather have them catch up on shipping. It should be almost time for a new firmware update though?

It’s an old animation. This was the same one that was used last April fools day

Yeah not overly exciting, but still pretty cool to see it again.

and yes agreed @macfixer01 best they work on production and shipping over small little special day animations, but I guess these are two totally different departments handing these things.

FYI, I just found out you can also trigger this animation by saying “EMO: April fools!”. Check it out because it will be gone again on the 2nd.

Cool yeah that works too, I’ll update the post to add that in, thanks @macfixer01