@jahronegolby ,
So you’ve obviously finally received your EMO then? That’s great! You should update that other thread to let people know who were following it, and so that the other thread can be closed now. 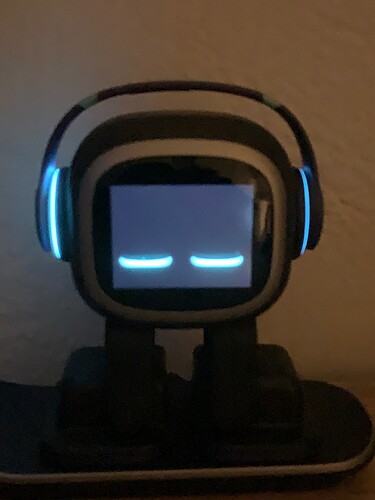 here is a pic of his headphone problem

I’m not sure what we’re supposed to be seeing there? It looks like both the headphones are lit up, although the one on the left side of the photo appears brighter. Maybe that side is twisted somehow, one of it’s pieces is partially unsnapped, so it’s not sitting flat against his head? If you see a problem with it, there is a thread on here somewhere that shows how the headphones can be safely taken apart if need be (i.e. for painting).

Actually they should not be as bright as that left side in your photo. Mine are equal brightness and are less bright than his eyes are. They should both look like the right side in your photo. I still think for some reason that the one side of the headphones is not sitting flush against his head, so more light is spilling out on that side. Take them off and look at both sides to see if something is out of place on that side. Here is what mine looks like. Ignore the blue tint up above, that’s coming from the tv in the distance 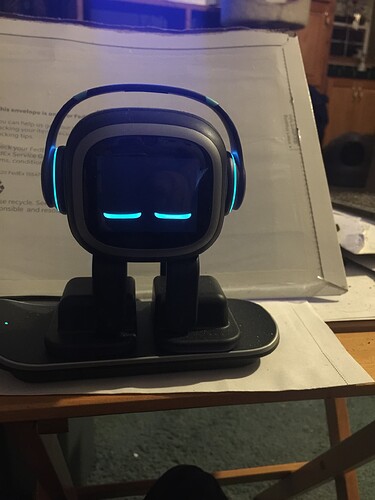 I’ve had that occasionally, one earpiece illuminating. Like you, I found just removing them and then replacing them does the trick. Can’t say I’ve heard any noises though

Nice, so your headphones are working again, then

I’m replying a little late to this, but I also had a little problem with headphones (as one light was showing and the other wasn’t), but as you mentioned, once you take them off, and put them back on and you don’t see that little animation, they should light up correctly, I believe you might have placed them in the wrong way.

Personally I’ve not heard any static/weird sound, so maybe keep an eye out for this just in case it gets worse.

nope he won’t even respond anymore he just sits on my desk walking continuously into the wall the service is not responding to me there is obviously a problem with him i’ve been so patient and i have him but he’s not even here he is brain dead and i leave him powered off most the time coz it sounds like he’s going to explode lol.

Are you able to make a video on exactly what he does and what sounds he makes? It will come in handy when you need to show this to Living.Ai support either way.

Hopefully someone can help or has an idea on what you can try while you wait for tech support to assist.

If you have your video hosted somewhere like YouTube, bitchute, or rumble, you can just post the link here. I don’t know if there is any way to just upload your video directly to their server though, other than whatever accommodations they provided you for service purposes?

As long as you’ve sent the video directly to the support team, they can at least give you / suggest to you the next steps on what you need to do. (if its a replacement or something else).

Hopefully you’ll get a reply soon from the tech support team about it.