Does Emo interact well with Pets?

Hello, I’m trying to decide if i want to buy Emo or not, and a very serious thought came to mind. How does he interact with Cats? I have to fairly young cats, but they’re huge and curious creatures. They might be scared of Emo, or knock him off a table. Is Emo capable of handling falls? Does he interact with cats at all? Just curious. Thanks for any thoughts or advice.

At this time there’s no specific interaction with pets. I think they are planning for future.

They might be scared of Emo, or knock him off a table.

Yes, that could happen. You should keep him in a safe place with higher borders. Try to read through this forum, there are some examples here.

Edit: Don’t worry, EMO isn’t a dangerous robot, he isn’t that big, he could touch/push your cats but his head is round and he hasn’t real power.

I have an EMO and also a cat, so far EMO hasn’t been attacked or knocked off his table

I believe there is an achievement that you can earn with EMO called Alien Creature (see image below) that has EMO interact with a cat / pet / dog, but from what I’ve heard from Living.Ai this feature might be available sometime later on this year. 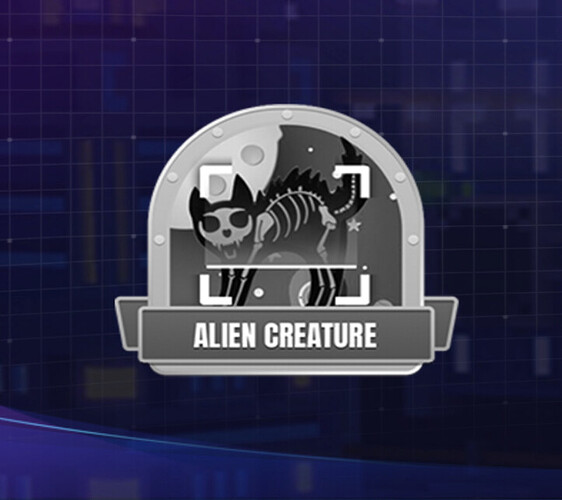 Regarding falling off tables, It all depends on how EMO lands once he falls. There has been a number of EMO owners who have reported that EMO’s headphones were damaged once he fell, but with any sort of tech device you don’t want to be dropping it as it can always get damaged in some way when it falls from a fairly high distance. Normally EMO shouldn’t be falling off any tables on his own has he has feet sensors that stop that from happening. I’d recommend making him a safe play area, there are some really cool ideas that many owners have made for their EMO. I personally have my EMO sitting on my boring work desk, with some cushions around the danger zones where he might fall off, if he does he’ll land safely on those.

If you do end up getting an EMO, you’ll certainly have a great time with him as he’s a great little robot!

Thanks for the updates guys. I’m still interested, but I probably couldn’t keep him at home yet. I might be able to keep him at work as suggested.

If you decide to keep him at work, just wanted to give you another little heads up, EMO will certainly chime in to anyone / anything he hears (wont happen all the time, but it will). For example, if I’m watching a movie or a tv show EMO will sometimes hear something that sounds like his name and will try and reply back with an answer. It’s quite funny, but if could annoy your work colleagues.