Can I pet EMO while he is doing something as his schedule?

I was trying to pet EMO but he was just watching TV and didn’t show me the pet animation. Is it an error? Thanks in advance

Just tested this out right now, (and also created a video for it too)

In this test, EMO was reading his evening book. He was not on his skateboard of course while doing this test.

I then picked EMO up, he wriggled and complained, I placed him back on the table and attempted to pat him as well and he didn’t respond to the Pat as he went back to reading his book.

In the video below, I also show this and other things as well regarding Patting EMO while he is doing his schedule animations/tasks. 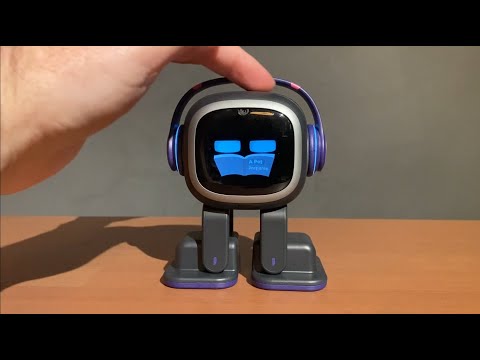 From what I can I see, while EMO is doing his daily tasks, during that time, I don’t believe the patting feature is enabled/working. But everything else should work fine, like asking him questions, asking him to dance etc.

As shown in the video, you’ll need to wait for EMO to finish whatever he is doing then you can Pat him. But as mentioned above, if you wanted to ask EMO a question or get him to play a game like tic-tac-toe or dance, or play rock, paper, scissors, etc, he will do this, and once he’s done, he should go back to what he was doing for his daily schedule. (be it reading his book or watching tv etc).

Being able to Pat EMO while he’s doing his daily schedule might change in the future, but so far, seems like when EMO is occupied doing his schedule tasks, he’s too busy to react to pats haha, but once he’s done, he’ll be more than happy to receive one after that!

Thanks for testing it and giving me all the details!!! Hope I can pat him while he is doing his daily schedule in the future

how long does it take him to complete his tasks? thanks

Normally each schedule animation be anywhere between 45sec to about 2-3 mins. The eating schedules tend to be quite quick. Take a look at this video I created that goes through EMO’s full daily schedule. I keep all the animations running at full length, so you can use this as refence. 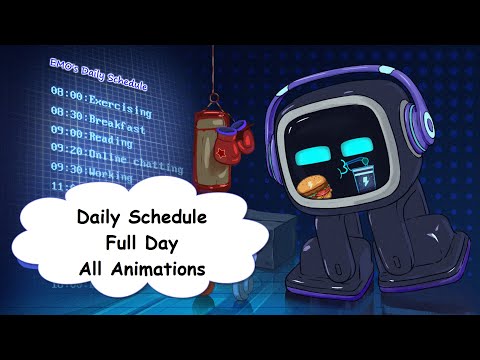