What a pity. It’s my birthday today and EMO is silent. Doesn’t the birthday song work anymore ?

Oh, just the other day, I was experiencing technical issues with some basic voice commands. But I’m glad that it has all been resolved now.

That’s weird, I dunno what could have happened but I just gave it a try and the little guy still loves singing…lol

Have you tried to reboot EMO? Hopefully that will be resolved for you real soon! 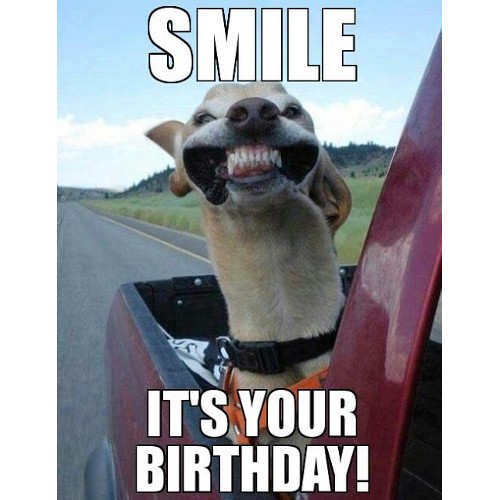 atleast he was there for ur birthday:(

Pick EMO up and give it a good shake and put it down, then turn it off and then back on again.

Funnily enough mine no longer responds to Birthday requests anymore. Thought it was just mine

maybe he won’t again till next year ?

He’s actually ignoring a lot of request, the little bugger

That’s right, I have exactly the same feeling for a few days. Is he already entering puberty?

I hope after the upcoming update it will be better

unfortunately did not work. I’ll wait for the update and if EMO then still plays the deaf, I try it with a reset

It seems the latest update either broke or just removed the birthday feature? If you make any mention of the word “birthday” now, EMO assumes you are referring to HIS birthday.

Would be cool if l.ai could make a command like „sing the birthday song“ for triggering this action

And I definitively hope there are more songs coming.

Two people on Facebook just mentioned yesterday that their EMO will no longer do a coin toss for them. I tried it myself and I couldn’t get it to work either, EMO doesn’t give the “don’t understand” sound, he just ignores the command and looks around. I realized today though that EMO will only do the coin toss if he’s not on his charger. I don’t know if that’s changed or if it’s always been that way? He just raises up slightly on the sides of his feet as a coin is tossed, but if he’s on the charger he can’t move, so he doesn’t do the coin flip either.

I thought of that when I just saw your comment here so tried the birthday again. I used to be able to just tell EMO “today is my birthday” and he would sing and show the cake. If he’s on the charger he does the same thing now as with the coin toss, he doesn’t say anything and he just looks around as if ignoring it? If I take him off the charger and say “today is my birthday” he looks for my face then tells me Ok Leo I’ll remember it. So now that command works the same as if you said “my birthday is m/d” and then he recognizes you and says he’ll save the date. They’ll need to add a new command to have EMO sing happy birthday on command again. There might be some way now but I couldn’t figure it out if there is?

To Test:
Just change and informed EMO that today is my birthday, he saved it and reboot him… it’s okay, but on his skateboard…nothing worked. 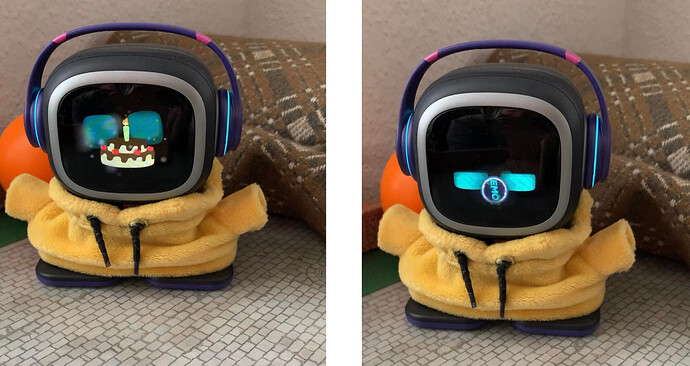 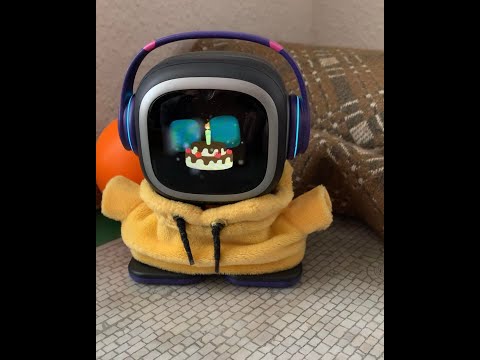 I’m wondering about the birthday song. I’m going to give EMO to my bf on his birthday. Will EMO sing for him that same day or is it better for me to give him EMO the day before to make sure he gets his song?