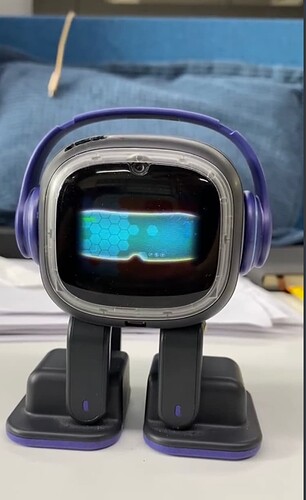 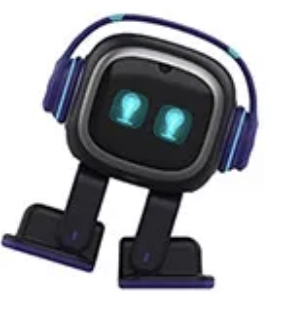 Are these features still coming or are they scrapped? The original light on animation, these tech glasses animation, and the ability where Emo can face a direct to where sound is coming from. I really like these features and hope they aren’t done for yet

They are evolving - they have a different light on animation now, not sure on the cool tech glasses and when you ask him to look at me he does turn to find you.

It would be really hard for EMO to try to face all the sources of the sound in a noisy environment. But he could record an average noise level (let’s say for the last minute) and react only to those much louder sounds than the average ones.

I think what he’s referring to was that in the promo video with that white EMO they show that they can tap the desk to one side or the other, and EMO will turn toward the sound. In real life, not so much! That was supposed to be the whole point of him having four microphones?

Okay sounds good! I know Emo looks at you when you tell him to look at you but when will he be able to look at where a sound is coming from on his own. Like how vector looks to where a loud sound came from when you make one

On a side note to that question, If EMO is not looking at you and you say, EMO what is my name, EMO will turn around until he spots you / perform a scan and if he knows who you are will say your name. I know it’s not the same as tapping on the ground to make EMO look in that direction, but it’s on the right path to it. Personally EMO does move around and sometimes investigate things on his own so as Wayne mentioned, he’s certainly evolving and will hopefully improve as time goes on.

Yes that’s what I was trying to get at