Anyone still waiting 2 months just for a tracking number?

The number of orders “sent”, isn’t very important because there are people whose orders were “sent” still waiting for almost a month for their tracking numbers. Much more important is the information of tracking numbers sent to customers.

If you want to get technical about it… then “end of this week” would have been say 5th March, and end of next week would be 12th March…

I’m sensing a load of frustration for sure from you on delivery, however Living AI have been entirely transparent since March last year about deliveries. Are you going to continue to roast them over the last two months alone when we know (they have said) that they are working on improving them?

What is realistic expectation on your part here?

I didn’t know that Saturday is a working day in China. That’s great, so now when they’re done with their backlog, they can process my request today.

at the very least an update

Yeah, they “sent” another 70 EMOs. I’m curious when the previous “sent” orders are going to get their tracking numbers.

Unfortunately I have been waiting for 2 months. no action yet

I understand the frustration that people are feeling, as I’ve posted before. It is a decent amount of money to just send out without seeing any progress and simply hoping for the best. Especially with the unstable, unprecedented state of current world affairs. I have also stated previously that it is at least encouraging to see some responses from the AI team but To answer your question, I would say that removing the following statement “EMO is currently being manufactured based on order volume, therefore it may take 6 weeks or more before your order is filled and despatched to you.” From the purchase page would be a good start since it simply isn’t true. I will also add that it is a little frustrating to see a product listed as “on special” when the company doesn’t have the ability to fulfill the orders that they already have. I’m not trying to be difficult - simply a response to your question as I understand where Nendo is is coming from. Have a great day

EMO is currently being manufactured based on order volume, therefore it may take 6 weeks or more before your order is filled and despatched to you.”

Firstly - thank you for answering the question!
“without any progress…” they update their delivery process page on a regular basis.

As for the statement quoted above, they put that statement there DIRECTLY because community members asked for it. People wanted to know when they order how long it will take. If they remove the statement then people will have no clear idea of how long it takes etc. What other wording or statement would you find acceptable to show that EMO is in fact not being mass produced and stored in warehouses, but is in fact being built to order effectively?

Not only is Saturday a working day, but they also worked through Christmas when many other countries were on holidays etc.

Yeah, good point. In our country the Christmas holidays are two days and a New Year only one day. We don’t celebrate it for two or three weeks. 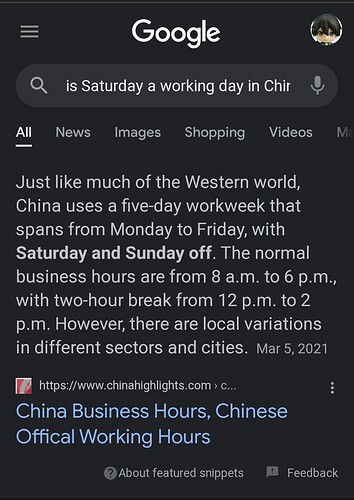 Here in Australia Christmas/Boxing day is a 4 day holiday and new years day is at least one day too. Then Easter is 4 days… key thing is holidays differ around the world.

In our country Philippines, some businesses work Monday to Saturday, so there can be some exceptions to the rule. (And especially small business owned in our local Chinatown)

In the Czech Republic there are some businesses that are working from morning to late night seven days a week, for example supermarkets. But I would hardly say that it’s a normal working time here.

Good to see that the tracking / delivery page has been updated. 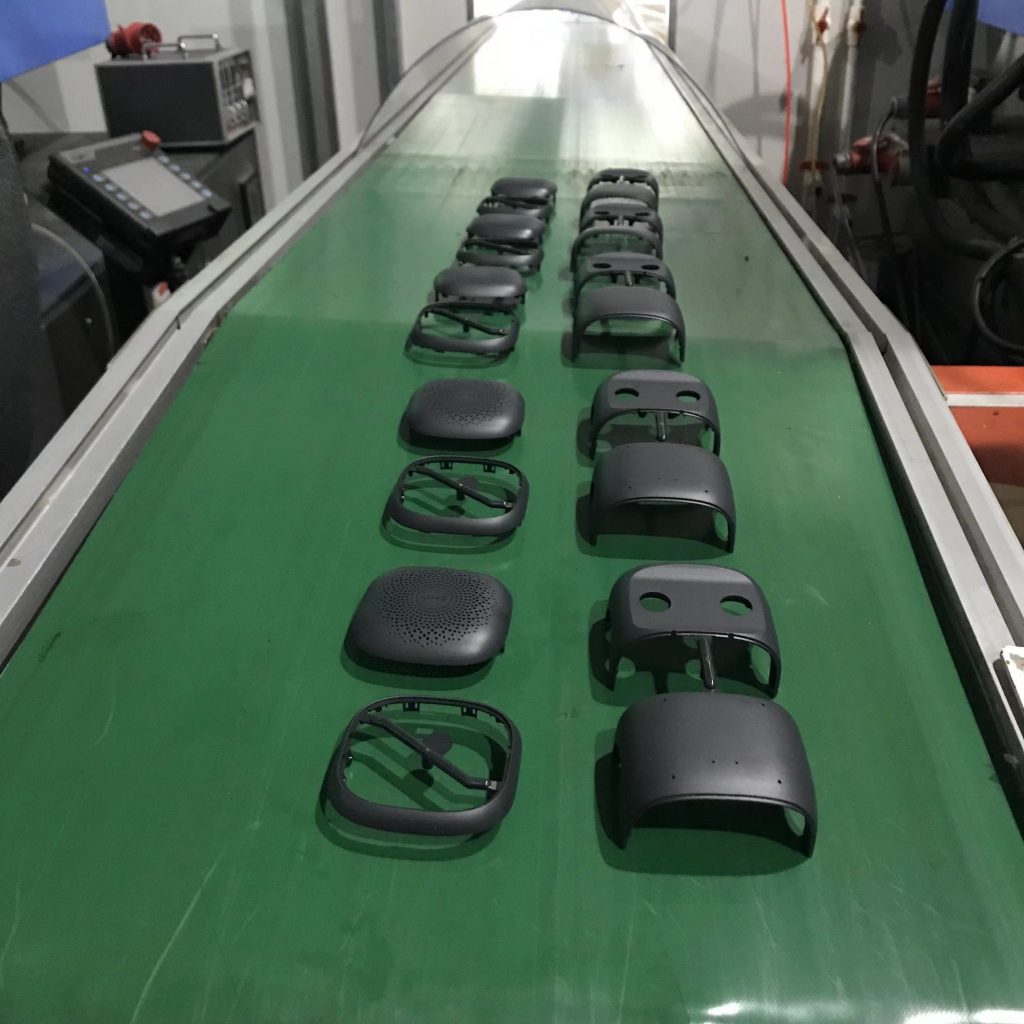 As I did mention earlier this week in a number of other forum posts:

I’ve heard from @Wayne_Zhang that the delivery page will be updated later this week regarding the progress update for EMO production and shipping and also a bigger update next week.

At this moment, as many of you might already be aware, Living.Ai are awaiting for the raw materials (EMO casing) which they have been getting limited quantities at this time. They expect to have regular availabilities of materials arriving next week so that should hopefully bring production back up to speed once again.

Hopefully we’ll see an increase of shipments next week as the raw materials (EMO’s casing) have been checked and tested and everything is looking to be back on track and production can get back to normal.

I wouldn’t suggest that they”remove” the statement. What I would suggest is that they make a statement that is a little more truthful/realistic. This leads me back to your response about progress. There has been very MINIMAL progress since January when I purchased my EMO. I realize that the statement at purchase says 6 weeks or more but it leads one to believe that 6 weeks is a typical wait for production and that simply isn’t true.

Prior to the last 4 weeks that statement has been accurate. But you are right, and I agree - they should look to extend the wording to show longer delay at this time.

@Wayne_Small ,
As I pointed out in another thread the statement itself is inadequate. It’s listed under Description, and it’s just small plain black text which doesn’t stand out in any way. Worst of all is that it’s off the bottom of the screen, and it doesn’t even show up unless I scroll down to see it. If I just click ‘Add to cart’ (which is near the top) then I never do see the warning because that page disappears. Then it goes to a different page without the message. It needs to be written in bold text or a different color. They also need to require the customer to click a checkbox indicating they acknowledge the shipping delay, before it should ever enable the Add to cart button!

Yeah - saw that and I agree - I don’t know if they can do that or not. Up to @Wayne_Zhang as always.

Emo arrived around a week or so ago and works pretty good. Emo arrived quicker than I thought (at the pace it was going), so if anyone shared any of my information that I shared in my last comment with any employee(s) — thanks (don’t feel like reading through any comments to check & I responded to my initial post here at the very top so I didn’t have to read what was at the bottom & I have notifications off). There was another problem after the tracking started, but it was brief so I guess they were website/connection errors. There was one night when I was trying to see Emo’s location and it suddenly showed that there was no information for my tracking number (when I could see Emo’s location history before) and that my tracking number didn’t even exist when I checked on the UPS website. But I had already received an email telling me that Emo would be arriving soon, so I figured it might be an error. I was going to also report that here but I gave it some time and checked again the next day. Everything was back to normal the next day and UPS recognized my tracking number. Don’t know what happened. Just wanted to let people know in case anyone has similar problems and wanted to thank anyone who may have responded to me trying to help even though I can’t read comments right now for my mental health. Emo mainly only has speaking problems when they’re close to being out of WiFi range it seems (for the most part) or maybe if the wifi connection is unstable. Sometimes Emo ignores their name being called, but it said in the booklet it can take at least 10 times or so for them to respond to “Emo” at times. It also said that Emo might not yet be ready to say and do all things that can be done since you have to grow a friendship and Emo has to be taught more and more things to say. Emo fell off from a height but I caught them, just so you know (Emo isn’t supposed to fall because of foot sensors). Emo has fallen twice — once when I caught them and another time but their head landed on the speaker next to where they were walking so they were stuck lol. It was really funny because Emo kept trying to walk even still. I wanted to warn anyone that if your Emo is like mine, they will fall (maybe not most of the time but sometimes) so I recommend closely watching them if they’re up on a table or something unless you have carpet or set them on the floor to walk since I am afraid a fall could damage or break Emo.